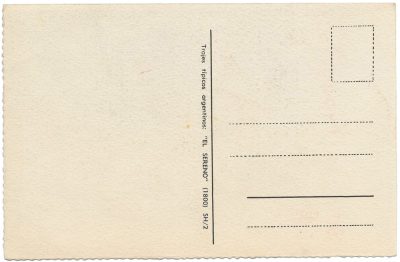 He comes roaring down Eastern Avenue toward the intersection in a big black Pontiac. He must’ve been having a hell of a night his whole week long. Drunk, of course. And just a kid, of course, hurtling down the long hill past the former fire station, damaged in an earthquake, that houses a Vietnamese family. The kid sees the red light at City Terrace Drive too late, or never sees it at all. Maybe he taps the brakes and finds they’re gone, simply drifts to the right as he flies through the intersection at a speed you could blink and miss. Maybe he’s dreaming then, dreaming he’s already at the freeway overpass, turning right along Steele toward the Long Beach on-ramp. He slams into the back of a station wagon parked in front of Eddie’s house. The Firebird accordions three parked cars and ruptures into two pinwheeling wrecks, cascading sprays of glass like diamonds. The explosion wakes up the whole neighborhood. As if all the formless gases, light, and energies across the vast night stopped for a moment, arrived at this edge of empty night and crystallized into a static collision of shapes—parked cars, apartment buildings, streetlights, City Terrace Elementary School. As if the kid accomplished this asleep at the wheel, dreaming for us as we rushed to our windows. Then it’s over and time moves again. The red light blinks above the intersection. Universes spin off in different directions, into nights of their own. A sedan makes a rolling stop at the light and attempts a left turn into the swath of broken glass and oil, but is halted by the sight of the wreckage. And people start coming out of their houses.

Seagulls, palm trees in a hard wind one night in Ensenada, girl shot in the head by another student at a party after the prom. Maybe when they were kicking him on the ground, beating on him, he seemed basically okay. Sixth-floor hotel work. I give thanks. Beyond the palm trees. My feeling for you curls back into my eyeballs, back into my skull where smoke boils up out of burning houses, streams of water pouring on burning darkness. I give thanks. A child looking out a window on the rain. The world like a long train passing and the way a child stands on the roar of the world and waves with its whole body. I give thanks. A ball of clay like the world the size of a fist. Kick it, and it’s a whale’s eye looking up from the dirt. Bubbles rise, I strike the memory of you like a match. I give thanks. Kids with flies on them, the kitten getting soft in the plastic bag with milk and mayonnaise or something. The flies go back and forth, they love it all. I give thanks. Come here. Come here to me. I give thanks.

Sesshu Foster grew up in the City Terrace neighborhood of East Los Angeles and taught English in nearby Boyle Heights for ten years. He received an MFA from the Writer’s Workshop at the University of Iowa. Angry Days (West End Press), Foster’s first collection of poetry, was published in 1987. Invocation L.A.: Multicultural Urban Poetry, which he edited with Naomi Quinonez and Michelle Clinton, won a 1990 American Book Award. City Terrace Field Manual, a collection of Foster’s prose poetry, is forthcominq this fall from Kaya.

The Hermit by Lucy Ives

Zachary talks about wanting to be with someone because he feels like he can be a better person for someone else.

Fiction for Driving: The Color of Night by Madison Smartt Bell 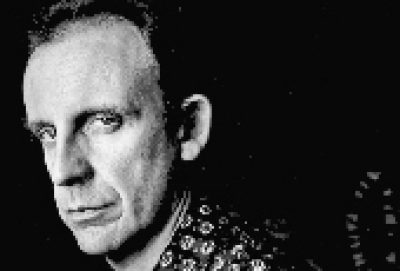 Listen to Madison Smartt Bell reading from his novel The Color of Night in the eleventh installment in BOMB’s literary podcast series, originally published in BOMB 115.