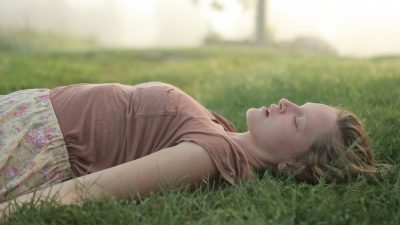 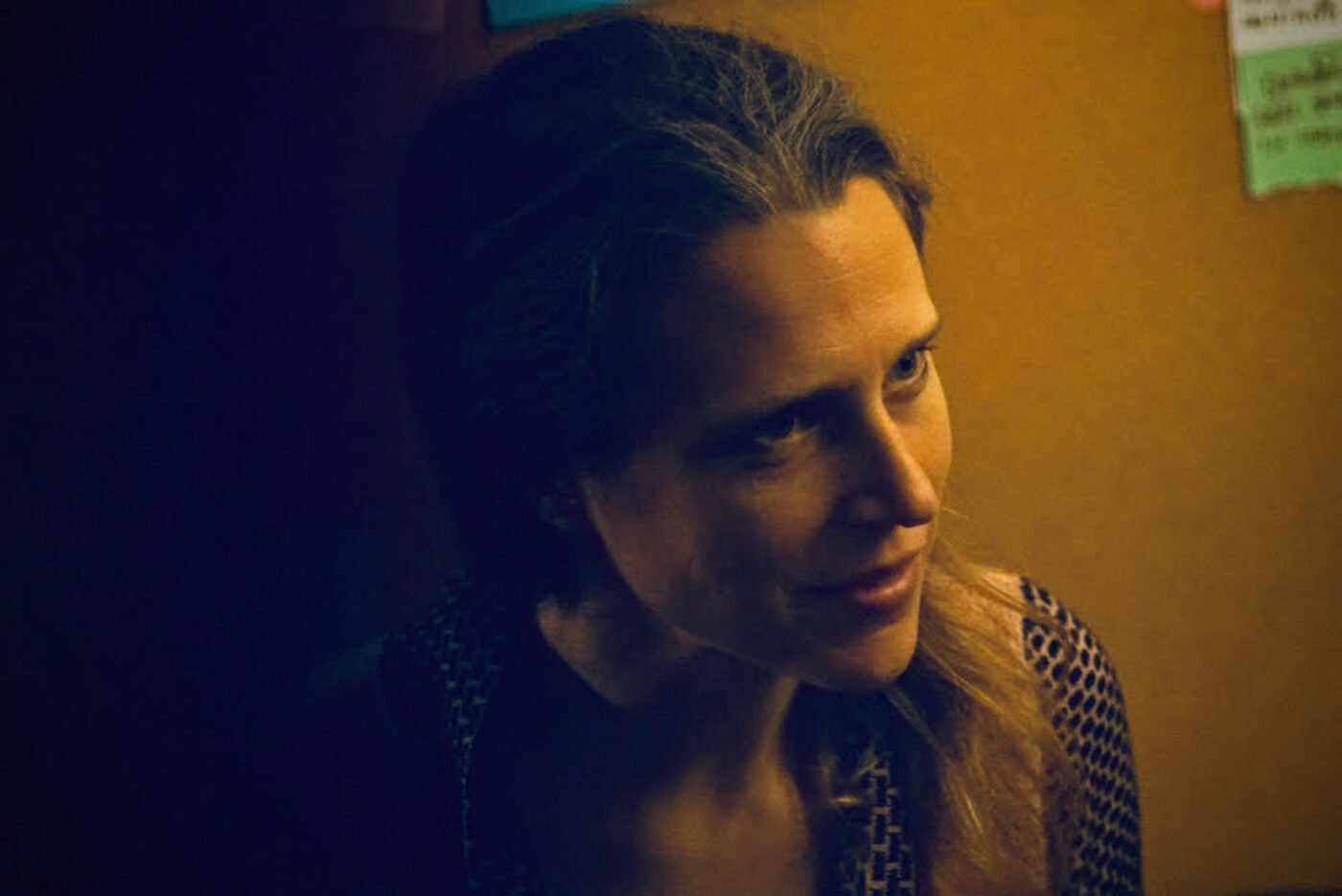 In Josephine Decker’s third feature, Madeline (Helena Howard) struggles with an untethered self. Only sixteen, she has already discovered that acting is the realm in which she can exist fully formed, but the circumstances that lead to performance are swayed by conflict. Her mother Regina (Miranda July) barely knows how to engage with her; love, powerlessness, and rage dominate their relationship. Evangeline (Molly Parker) is the drama teacher of the troupe in which Madeline is the star. Her apparent confidence pulls the young girl in effortlessly, as she presents art as a mysterious promised land to which she holds the key.

Decker’s films move and lurch with feral urgency, seeking out both the light and dark within stories of desire, fear, fantasy, and horror. Her first full-length film, Butter on the Latch, came out in 2013 and was soon followed by Thou Wast Mild and Lovely (2014). Female sexuality and anxiety are observed with an almost biblical or Greek mythological heft, amplified by Decker’s emotional and intuitive approach to story, direction, and form. For Madeline’s Madeline, Decker led a group of actors through improvisational workshops for two years to generate material, which took another year to hone and turn into a script centered around Howard, a young, undiscovered talent.

We met at the office of filmmaker Braden King, who co-produced Thou Wast Mild And Lovely.

Alex ZafirisMadeline’s Madeline is such a feminine film. It made me wonder about negative feedback from men. It must feel frightening to some, who don’t really think about women having those kinds of emotions and desires.

Josephine DeckerOh, yes––one of my editors said: “Movies that work for one gender and not the other are about a personal experience that that gender has.” And I was like: Fuck! But also: I felt he was maybe right? You want everyone to resonate with your characters, not just one group.

JDIt was during a weird odd-job that I had, while freelancing. I worked at a teen arts festival every year for three days. You’d offer a workshop and judge the teens on their work. Mine was in acting. The youth would come up one by one and do these performances, and then Helena did hers. It was in front of this group of forty high school students, and it was so far and beyond the depth of what everyone else was even trying to do. She just threw her whole self into it; I remember being floored. I said, “That was the best performance I’ve ever seen in my life,” and then burst into tears, and she cried.

Helena said later, when we were working together: “Acting feels very life and death to me.” That’s what she brought to it. She brings those stakes. I felt a similar way about art when I was a kid. I felt: “I can’t exist, I can’t express myself without this medium.” I saw something in her that deeply needed what we were doing together.

AZYou started as a documentary filmmaker, then your first acting experience was in Joe Swanberg’s improvisational Uncle Kent (2011). Did this function as a transitional space before real acting?

JDYes, which was why it worked out. Just being yourself in front of the camera is your whole job in documentary: trying to make somebody who is never on camera feel like this giant thing pointing over your shoulder is totally invisible. It was great to be on those sets. I was trying to write my first fiction feature and raise a million dollars and make a fantasy movie, and I saw that Joe was making films for $10,000 with his friends, in a style that I was familiar with. Working with him really inspired me to make Butter on the Latch.

I was always interested in acting—I did theater arts all through high school. I was obsessed but also sensed, at certain points, how unnatural a lot of theater acting was. Definitely not all, but a lot.

AZA lot of it is training, and it makes you a certain way.

JDYes, and with great training, you can’t feel the performance at all.

AZThe women in your films have a very specific naturalness. How do you develop this?

JDWorking in documentary for a long time, you get good at seeing when someone is distorting something for the camera. I am always trying to shed that layer, rip it away. Even seasoned actors have this, to some degree. Although Molly Parker—Oh, my god. She has so much control. She’s just a weird alien. Our second AD said, “Every muscle in her face is perfectly coordinated with an emotion.”

When I think about what I say to actors, sometimes it’s just: “It’s a miracle that these movies ever come together.” I feel like an idiot talking to them. In terms of what you’re supposed to say to an actor, giving them the right prompts­­––”It’s as if your shoulders are covered in snakes!”­­––I don’t know. There are tools, and I never learned any of those. For me, it was much more about working with them. I am a very spiritual person. If there’s one thing I have been trained for my whole life, it’s ritual and sacred spaces.

I grew up Christian and have practiced Buddhism for the last six years. I have also been part of this artist residency at the School of Making Thinking, where we create and participate in rituals. It really deepens your connection with other people­­––asking everyone to be silent and walk in the darkness holding a match to a boat full of water, and then sing. Stuff that’s ancient. I think we’re all craving ritual and community and things that make us do the weird.

So, the only thing I really know how to do on set is try to create that space, space for the unknown. For the actors to be safe, and contained, while they explore something mystical. Everything else is an accident.

JDYes, that’s the goal. Today I was talking to the DP for my new film. We’re making this movie about Shirley Jackson this summer. We had broken it down into these four ways of shooting. And then I remembered the fifth way, which is with the camera as a creature. I said, “You have to be crawling on the floor,” and “You have to climb up these women’s bodies like a little squirrel.” He’s going to meet them and obviously be very intimate with them­­. I also told him, “We should have you in the acting rehearsals, because if you’re going to have this intimacy with their bodies, they have to feel really comfortable with you. You probably need to touch them a lot, before you start shooting.” The camera is a really important performer in my films.

AZAshley Connor, the DP on Madeline’s Madeline and all your previous films, is incredible. How did you two get together?

JDI met her at a birthday party, and we had this great conversation. A guy there was saying, “I hate objectifying women,” and she and I were both like: “That’s a bunch of bullshit, that’s part of their empowerment!” So much of a woman’s power is her body and the way that her sexuality resonates in space. The way that you see that obviously changes it. But for me and her, foundational to our work is looking at women’s sexuality and letting it be completely consuming. 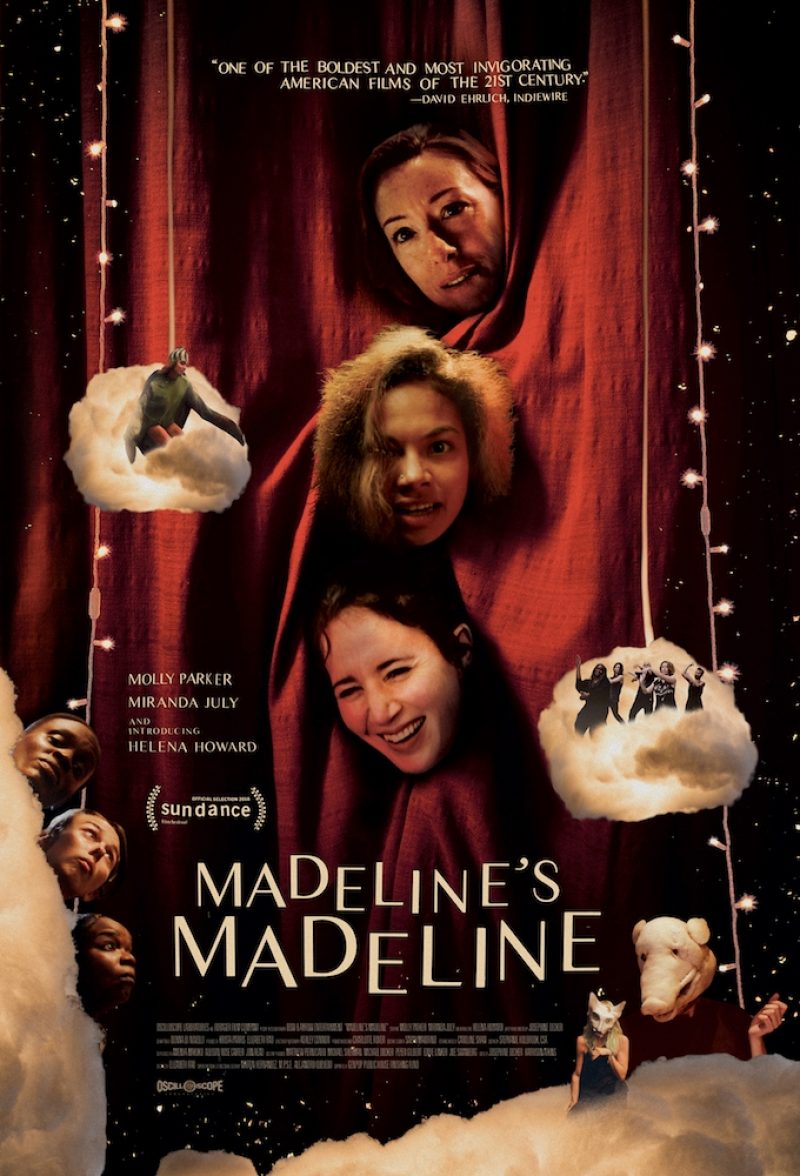 AZWhat about Helena’s instability: the internal life versus the outside. Was that something you had in the beginning, or did it come up once you’d already begun?

JDYes, the concept of mental illness was really foundational. It was something that I grew up really close to and around. We workshopped, did an anxiety scale, talked about our personal experiences. It was really helpful to do more abstract exercises and then ground them in real-world experiences. The creations that we did around mental illness felt really alive and strong. That was when we started to hit our stride.

The central question for me was: “What is the origin of this?” The nature versus nurture aspect. I didn’t end up with an answer, and the film doesn’t either. But it’s a complex issue. Parents can be a great support, or can really exacerbate it.

AZThis film is also about motherhood. Was that an intention going in?

JDIt was a subtle intention. I was going through the “I want to have a kid” phase. I think I had the same questions that Evangeline has. She’s prying deep into this young woman’s life: “What kind of mom am I going to be?” My sister said it well recently: that the idea you have of a situation is always very different from the reality of that situation—and we always have these strong ideas of how we would handle these challenging situations. Then when you’re in the reality of the situation, you end up having a lot more empathy for the people that you were so quick to judge with your idea.

The film was definitely about birth, about having a child. Part of the reason that I always thought of Evangeline trying to get so close to Madeline was her wanting to know: “What is it like to have a daughter? One who is a different race than you?” Her connection with Madeline feels really strong because she does, in some ways, want to be her mom. There was a sweetness and a toxicity at the same time. Moms are complicated.

AZI watched it again this morning. It’s even better the second time––I changed my mind completely about what happened.

JDOh! Cool. That’s amazing. I always want movies to lead people in multiple directions, then at the end, you make up your own mind what happened. Deep audience participation.

The gorgeous thing about doing something enormous like making a film that involves tons of people is that there’s a great possibility of joy, and success, and connection, and an equally great possibility of failure, disappointment, frustration, and relationships falling apart. And all of those happen on every movie that I’ve made, but especially on this one, because it was such a long gestation process.

My meditation teacher said, “Joy is the deep fulfillment of your being. We often think that joy is happiness––that you’re going to feel happy when you feel joy. But you might feel very sad.” I realized: “Oh, this was a movie made out of joy.” And it just contextualized it, how fucking hard it was. Because when you do something that’s that big, and involves that much process for that long, and that much life and heart from that many people, you’re stretched to the fullness of your being. That’s what growth is, and that’s joyous.