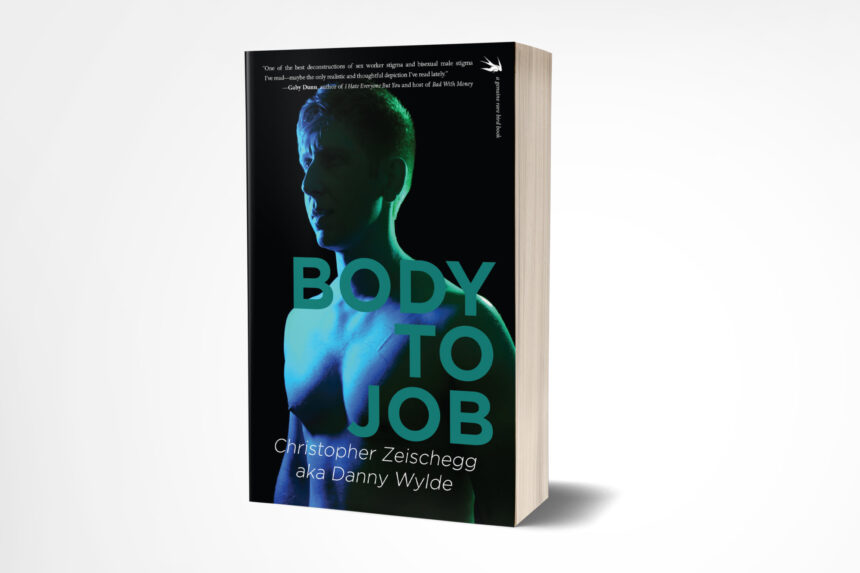 So, after performing in about six hundred scenes in a span of eight years, I did begin to find the process mundane. That’s not to say that I didn’t enjoy the scenes I performed in or that there weren’t experiences that stood out as special. But it was my job. If you do anything every day, it feels normal.

My name was on a list that circulated the industry. I ended up getting blacklisted from working with performers at a top talent agency. I started getting dropped from shoots. It was the first time that I felt my career was in jeopardy because of my sexual identity or practice. There were other interpersonal conflicts, such as girlfriends taking issue with the fact that I had sex with men. But it was the financial end of it, the blacklisting, that felt scariest. 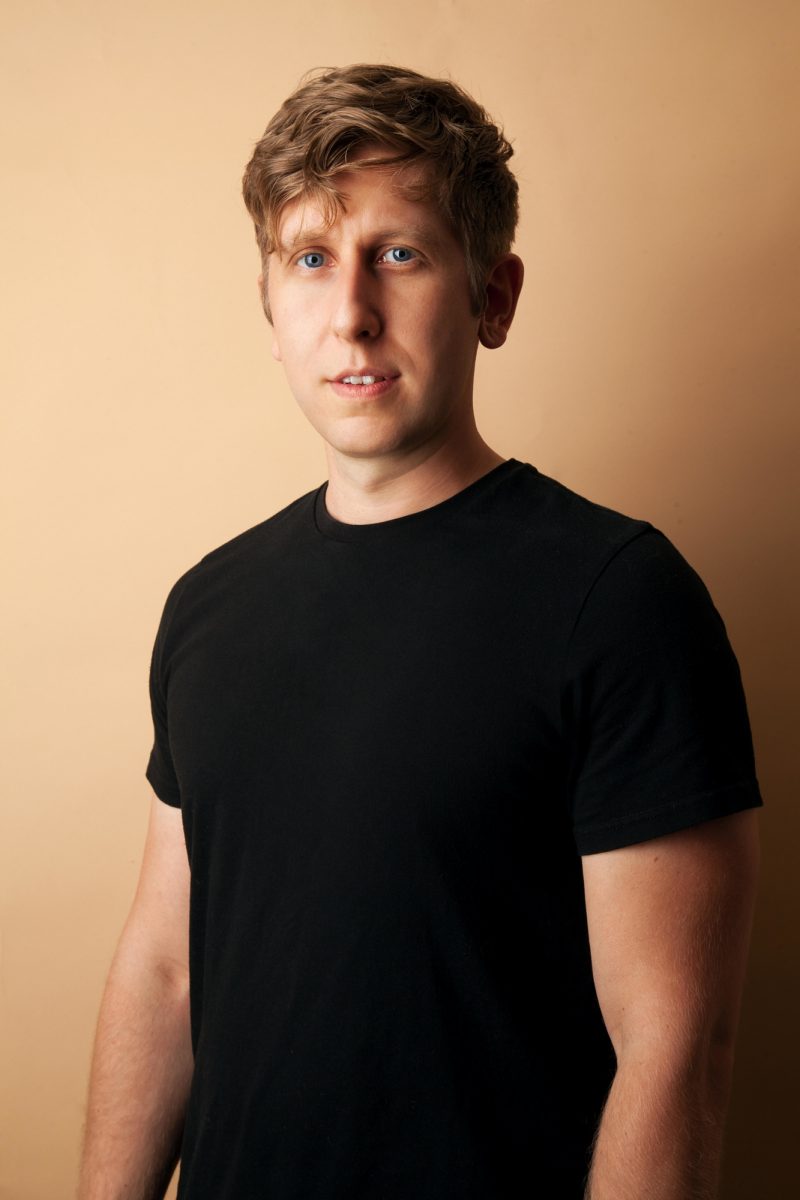 All of that fell apart very quickly. My financial situation plummeted. I became very depressed. I went from the guy fucking in the movies to the guy cleaning up cum-soaked baby wipes on set. Talk about a blow to my ego. Ha.

I think I’ve been hesitant to define my identity ever since. It’s easy to get wrapped up in my work, and define myself that way. I’ve become a professional video editor. And I work a lot on set—in the adult industry and on documentaries, music videos, and commercials—doing various jobs. I’d also like to call myself a writer. I guess that I’d like the important things in my life, the things I believe define me, to be quieter. I might be afraid to define them out of fear that they’ll be taken away.

CH Body to Job is careful to avoid categorization. The word “memoir” appears in small type on the back cover above the barcode to indicate where to shelve the book in the store, but the word doesn’t appear again. In the past, you’ve written two novels, and there are moments in this book that pivot to dream logic, or more surreal, seemingly-fictional scenes. I’m curious how you approached the writing of this book versus your novels.

My second novel, The Wolves That Live in Skin and Space, was explicitly about me, even when it wasn’t true. As narcissistic or self-involved as that novel may be, I found that writing it helped me process certain issues or traumas. It served a functional purpose. With Body to Job, I thought about the fiction from a more aesthetic and structural point of view. Because I love horror movies, black metal, the philosophy of pessimism, and other work that revels in a kind of theatrical violence. That stuff is my playground, even when I take it very seriously.

CH I’m interested in this idea of writing as having a functional purpose beyond art—something that could actually help the writer process something, as you said it did for you. Can you discuss what kinds of topics or issues you felt differently about as a result of writing about them?

For example, the juxtaposition between chronic physical intimacy and a perpetual feeling of loneliness and isolation in my day-to-day life. Or feeling drained from the emotional labor that accompanied non-porn sex work, like camming and escorting. Or my desire for physical and emotional intimacy with men, despite not really identifying as gay, and my inability to fully access that without fucking up my career.

I didn’t know what I felt, specifically, about any of the aforementioned “issues.” But I thought it would be easiest to write about them in a semi-fictional context, at my own slow pace, so that I could figure myself out or process my thoughts in a controlled way. A lot of my writing has started that way—with a problem I’m trying to figure out. By the end, it doesn’t matter. I’ve dissociated. I don’t even know that I learn anything, intellectually. But I no longer feel a heaviness around the material.

CH I’m curious about the “theatrical violence” you mentioned that you’re drawn to. What is it about certain horror movies, black metal, and pessimistic philosophy that resonate with you as a writer?

CZ As a kid, I was most into and influenced by aggressive music. The focus of my middle school and high school years was playing in metal bands and going to as many shows as possible. When I think about those years, I think about the energetic sound, the cathartic performance, and the audience participation inherent in the live shows; the community of subculture. But also, the biting and often devastating poetry imbedded in the lyrical content.

Some of the more sophisticated bands seem to engage in a play between emotional turmoil and mythology. For example, when I was in high school, my favorite band was Converge. They’re not black metal. More of a hybrid between hardcore and other forms of aggressive metal. Their lyrics have to do with loneliness, longing, depression, anger, suicide, and so on. All of the stuff that’s extra relevant as a teenager, because it feels so new and all-encompassing (at least, it did for me). The way the band expresses those emotions, though, are through violent metaphor.

If I look at early Norwegian black metal bands, it’s the same thing: young people making music about feeling isolated, angry, and suicidal. But it’s encased in Norse mythology mixed with a kind of fictional Satanism, gleaned from horror films.

This music probably informed the way I express myself in writing, music, and whatever else. It makes sense for me to write about depression as bodily trauma or demonic intervention, because I grew up watching other people do it. It’s a language I understand.

CH Auto-fiction seems somewhat performative in the sense of having to decide which parts of your life to pull from and put on display. Do you see your writing as a performative act, or is it something else?

CZ Auto-fiction is definitely performative. But so is straightforward memoir. I think it’s funny when people talk about authenticity in art, as if anything so carefully crafted doesn’t sift through a thousand personal filters. The older I get, the less I care about performing authenticity. For one, my life is objectively more boring: I no longer fuck for a living; I’m no longer a hooker; and I no longer have such a romantic relationship with death and depression. Not in real life, anyway.

I’m attracted to content that’s big, heavy, and stylized. I still want to go to a movie and cry; to have my chest tighten when I read a passage from a book; to be drowned by a soundscape. But I’ve also become more interested in a slick pop sensibility. I like all that heaviness shoved into a well-designed package. I no longer have the patience for the unharnessed flailings of teenage angst.

Chelsea Hodson is the author of the book of essays, Tonight I’m Someone Else. 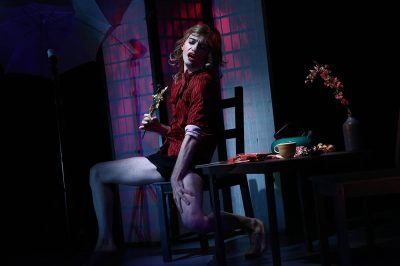 My art originates from hallucinations only I can see. I translate the hallucinations and obsessional images that plague me into sculptures and paintings.