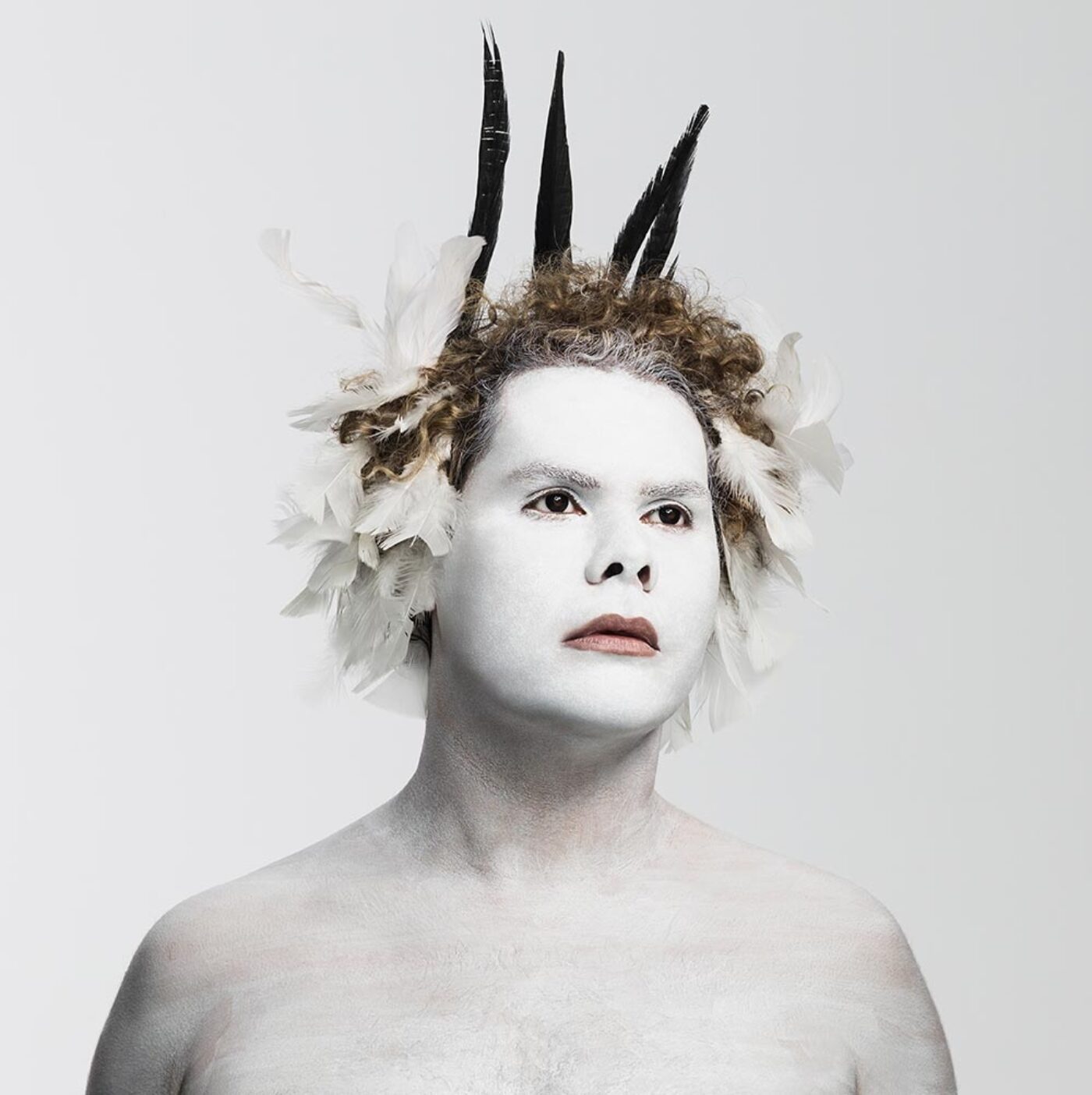 Weaving fragmented histories into stylized atemporal surfaces, the work of Australian artist Christian Thompson gently conjures ghostly origins and seductively deepens viewer subjectivity. Using costumes and makeup to perform chic yet obliquely layered allegories, Thompson reacquaints multiple pasts with the infinite shallows of a globally networked yet multispeed present. Although the artist is also known for video and performance work, this text focuses on Thompson’s photographic “portraiture.” Drawing in both material and style from disparate generic reference points (fashion, film, music, and archival photography), at first glance Thompson appears to be simply reiterating the way in which quotation underpins the lower-frequency evocations of memory that epitomize commercial fashion imagery. Upon closer inspection, however, we see stylistic incongruities repurposed to form implicit critiques of the way in which some memories and narratives are privileged over others. This was particularly apparent in the subtle offsetting of black-and-white imagery with color in his evocative series We Bury Our Own (2012). Here we see Australian native flowers and indigenous dot motifs morphing with ambiguously gendered fascinators, headscarves, and a toy colonial-era ship. Avoiding the textbook strategies of mimicry used by an earlier generation, Thompson instead employs multiple layers of discursive quotation to create playful multiplicities of denunciation, celebration, and ambivalence.

Thompson came of age as an artist when it was already a given that representation precedes, constructs, and follows reality. Significantly, once it had become possible to implicate copies without specific originals, it also became possible to perform the way in which identity is both mediated through and independent of preceding identities. Although Thompson’s work exemplifies art produced in an asynchronous present in which spatially fragmented origins usurp specificity for ambiguous familiarities, the unspeakably tragic and sudden superimposition of Anglo-Saxon culture over the many indigenous nations that comprise the oldest continuous cultures on earth, remains an identifiable feature. It is within this context that Thompson performs the unresolved through materials and allegories in uncanny juxtaposition. The mysterious union of a hoodie, dot motifs, a camp palette, and a veil of necklaces disguising the face, as seen in his King Billy series (2010), serves as good example of an otherwise potentially conflicting allegorical cross-pollination. Once again, a key signature in Thompson’s staged images is the play of material—organic or symbolic references to indigenous and nonindigenous histories partially offset by stylized pop-cultural surfaces to partially belie the latent darkness beneath. 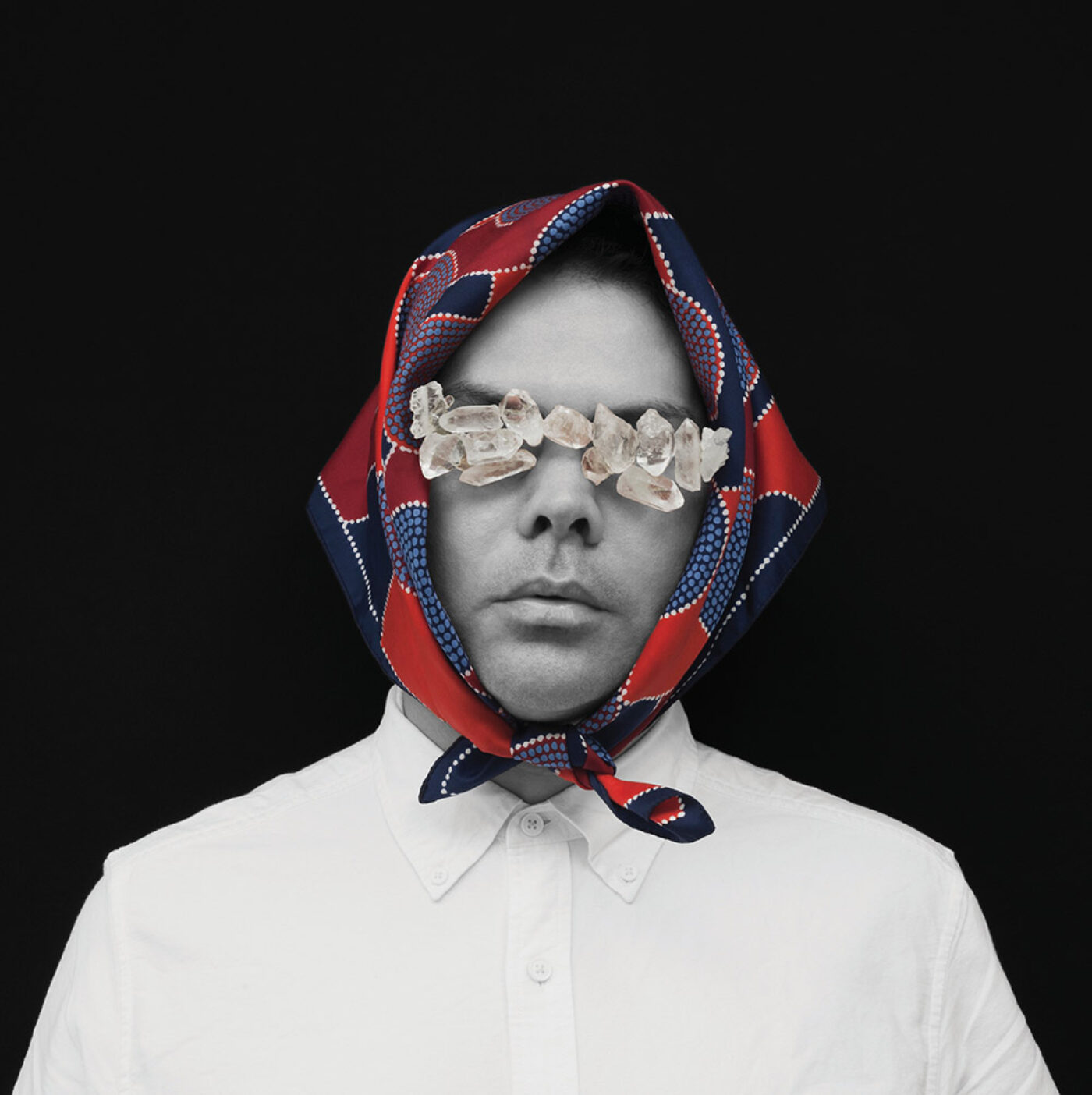 Thompson appears physically but never literally in his “portraits.” Unlike the more explicit appropriative tendencies of the late twentieth century, he is driven to create otherworldly and disparate abstractions of the self that emphasize affect and storytelling over textbook irony. The triumph of Thompson’s work is that he embodies aspects of shared yet individually circumscribed origins. Rather than ossifying his mixed indigenous and Anglo-Australian origins, his works reflect the inevitable dispersion of meanings. In this way, Thompson both celebrates and critiques processes of obfuscation, and thereby reveals and reconciles new and speculative modalities of being. 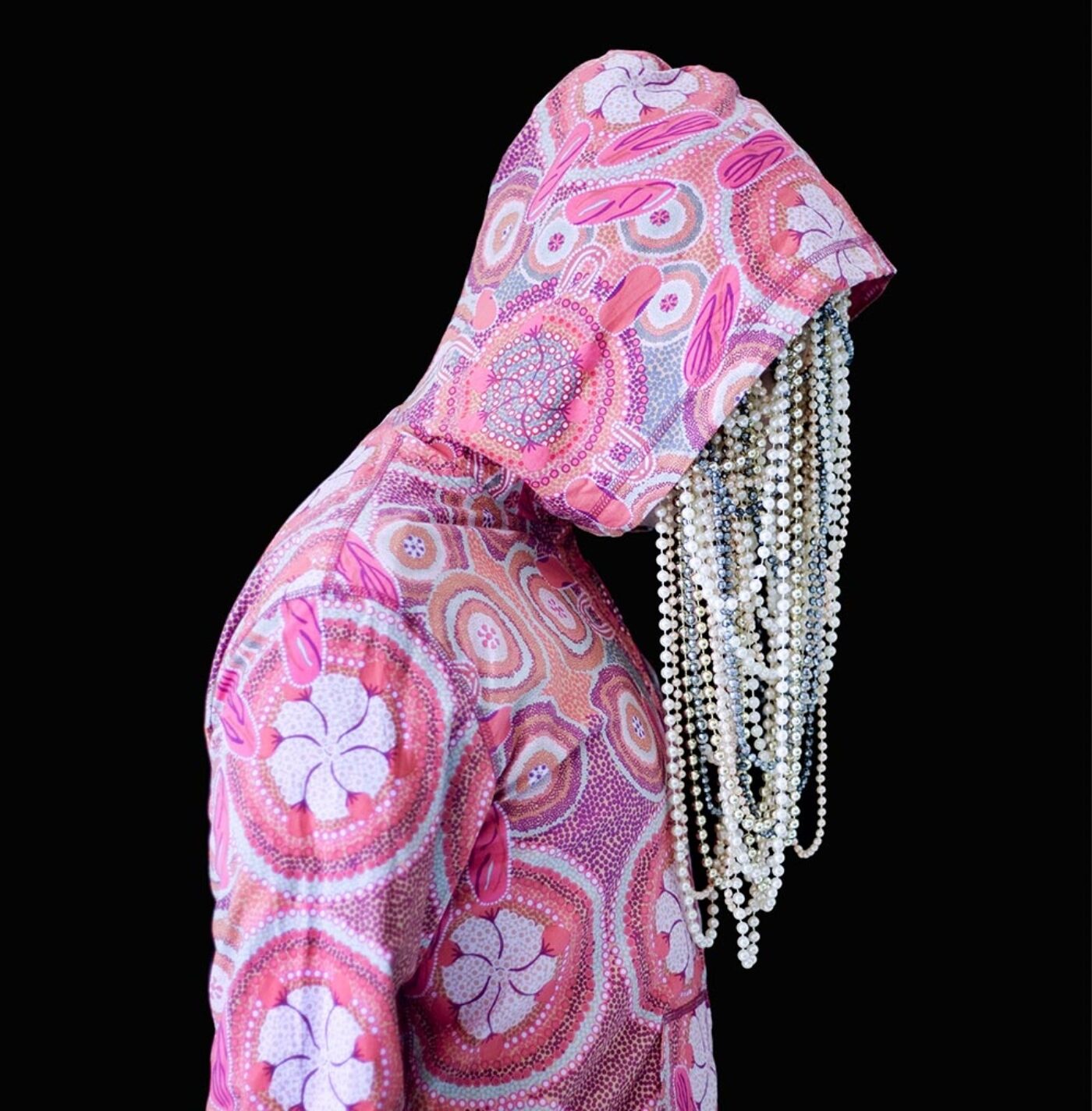 Working in a moment in which the ghosts of half-remembered histories are endlessly remixed and updated into provisionally new experiences, Thompson brings this circular condition upon itself. In an era in which the Internet brings us multiple times and places simultaneously, he presents us with a paradoxically authentic sense of our own trans-subjectivity. Perhaps Thompson’s high-resolution ghosts simply demonstrate that trauma and beauty are both uncomfortable and potentially restorative bedfellows.

— Sean Lowry is a Sydney-based artist, musician, and writer and the founder/director of Project Anywhere: Art At The Outermost Limits Of Location-Specificity.