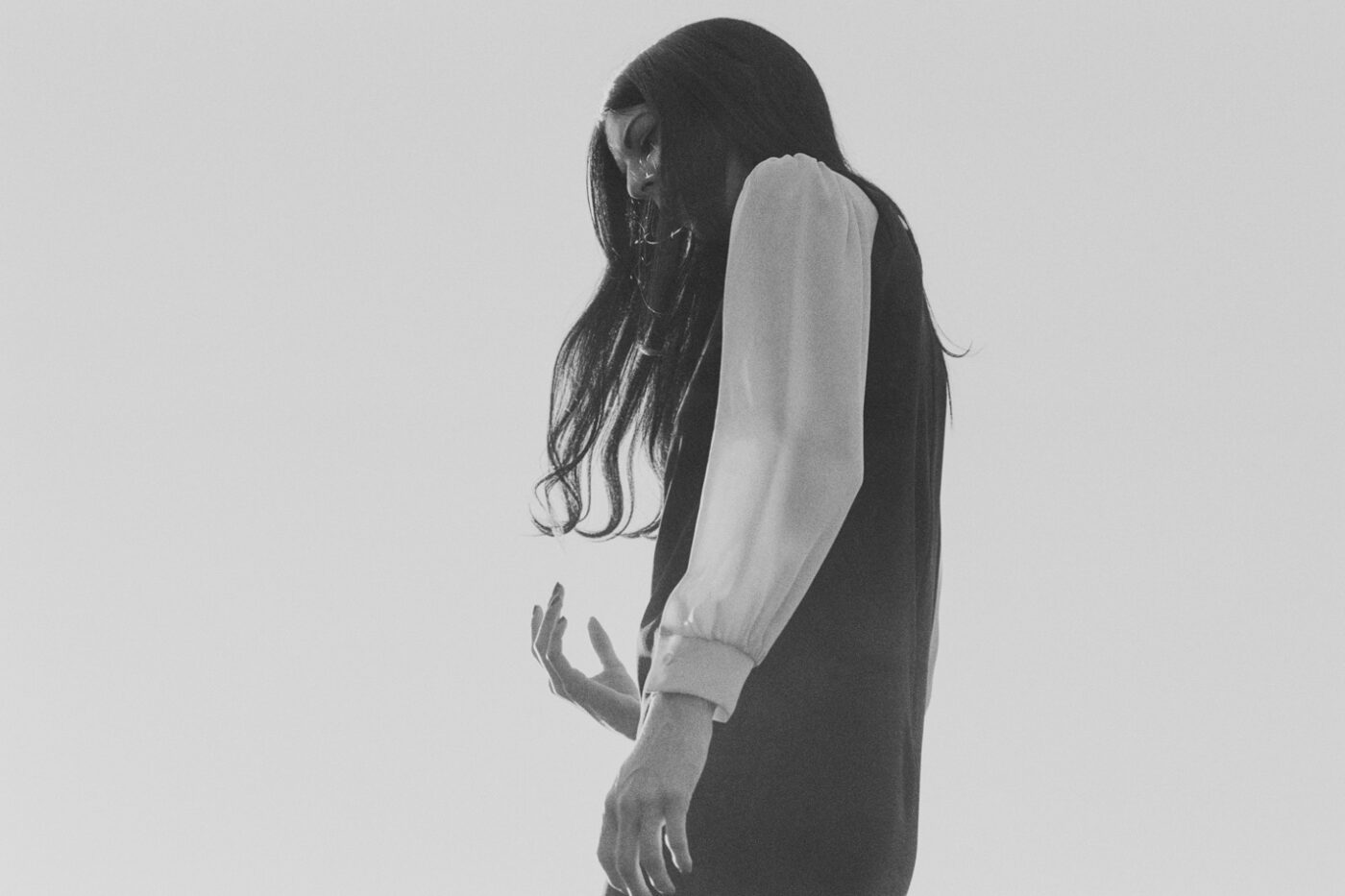 Chelsea Hodson and I met in 2014, when we both worked for the Marina Abramovic Institute. I was there as a contributing editor for the online journal, Immaterial, and Hodson had been invited on the strength of her breakthrough essay, Pity The Animal, released as a small chapbook. In it, she examined both the power and surrender of her physical self, and the private and public crosscurrents which form and move around her. She traces similar connections with the same vitality and agility in her new collection of essays, Tonight I’m Someone Else (Henry Holt and Co.). In these pieces, she considers entirely different lives in a millisecond––“He kissed me on the kitchen counter, threw my phone across the room when it rang. I didn’t yet know who I was, but I saw the opportunity to become a certain kind of woman. Harm swayed toward me. I responded with something else”––and confronts the variations of desire: “Money needs us, depends on us to mint it, distribute it, exchange it, make it mean something, make it last. Dreams, on the other hand, don’t need us at all. Some people have needed me, but the ones I wanted most didn’t need anything or anyone.”

Alex Zafiris There is a distinct lawlessness in your writing. You quote your boss in “The End of Longing” — You know what I like about you, Chelsea? Nothing is ever wrong.

Chelsea Hodson I think law implies a binary: right versus wrong, good versus bad, happy versus sad. But I’ve always been most interested in the spaces between definitions, in which someone can be both wonderful and terrible, or a moment in which I feel both ecstasy and horror. I think there is a tendency now to label and categorize everything, which inherently reduces the experience to one thing or another, which isn’t true to how I experience the moments of my life. I’m interested in using writing as a tool to explore nuances that are only detectable to me months or years later. These people and these moments stay with me, whether I want them to or not, so there is a lawlessness that comes with excavating them, dusting them off, and holding them in a new way.

AZ How much of this involves surrender? Or: how do you see control, or movement, through your life, and therefore, your storytelling?

CH Much of my writing involves surrender, because I never feel truly bold or brave when I sit down to write. I have to surrender to that fear in order to write anything, and that dynamic creates a space of vulnerability where it becomes possible to surprise myself. And that’s the only hope for magic in nonfiction, I think—the thing that’s previously been impossible to articulate suddenly is revealed through language. Then, even if I’m not sure where I’m headed in an essay, the surrender to uncertainty becomes a kind of momentum—it pushes me forth towards something that looks and feels like an answer. 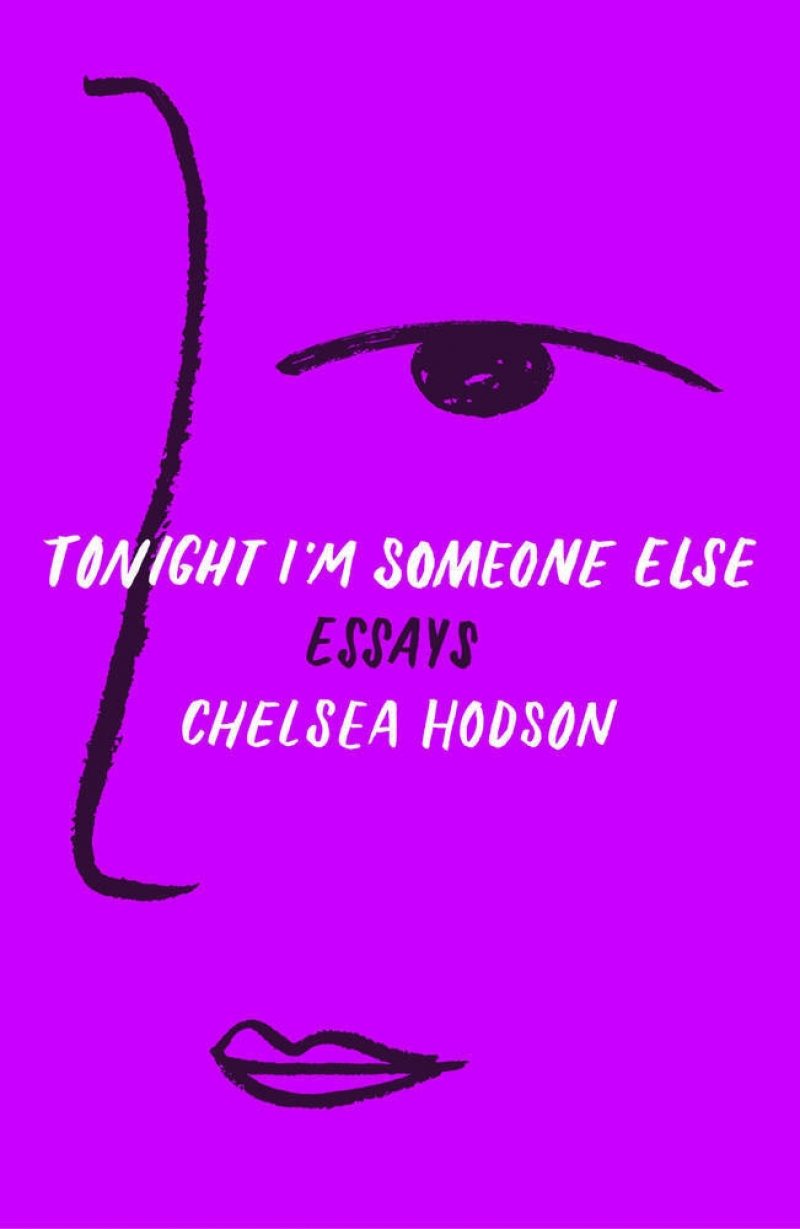 AZ Within this vulnerability I notice that you create shapes, make lists, put forth lone statements. You’ll tally what was said, what was spent, outline an exchange that was made. Are you looking for structure as you work?

CH Definitely. I’m always coming up with ways to work around and through my avoidance with my own work—I find that I can write more efficiently when I give myself a task. This can come in the form of research (through interacting with someone else’s work, I’ll often have an idea about my own work that I can then expand upon), structure (a list is very helpful for me in ordering my thoughts), or even a title (a good enough title can get me quite far in a first draft). These techniques are usually things I abandon in later drafts—I’ll change the title, rearrange the order of the paragraphs, or ditch the research entirely if it no longer fits. Usually all I need is a push in the right direction and, after a while, I know what to do. My parents tell me that, when I was young, I would line my toys up into neat rows, for no apparent reason besides the fact that it appeared to comfort me. I think I’m still like that—I want order, not chaos. Or, I want small doses of chaos before putting everything in its right place again.

AZ We met when we were both working with Marina Abramovic, back in 2014, when she was beginning to launch her institute (MAI). At the time, you had published Pity The Animal, and you ran a Tumblr, “Inventory,” which documented every single object you owned over a period of 656 days; you performed this as a long-durational piece (“Inventory: Under Objects Under Oath”) in a collaborative event with MAI and Imagine Science Film Festival. You appeared to me very much as a writer, but also, an artist.

CH Oh, thank you. I remember being so honored that you sat for so long at that performance (which was over seven hours long). I also remember thinking it was really cool that you had just come back from CERN and talked to someone that had studied “truth.” I actually obsessed over that for a couple weeks and put it into a poem—the idea that someone had devoted their life to studying the “truth” of the universe. Even though 2014 doesn’t seem that long ago, I remember feeling so new to everything and definitely had imposter syndrome. Marina Abramovic seemed otherworldly to me—unreachable in every regard, and yet there she was, sitting across from us. That year, I often felt as if I were dreaming.

AZ I obsessed over the truth thing, too — this idea that there is no such thing as subjectivity, that complete clarity and logic exists if only we look deep enough. That’s more or less the opposite of what we deal with, in writing, or art. I’m very interested in the “non-writer” activities you pursue, such as the long-durational performance, and how much this intersects with your own work. How did the Tumblr come about?

CH Both the Tumblr and the long-durational performance came out of a desire to test myself. At a certain point, I became disgusted with how tame writing can be—both the act itself and reading the work. I liked the idea of making it more of an event—something filled with uncertainty. In terms of the Inventory Tumblr, that question was: could I keep up with posting new prose about a different object every day? The answer was yes—the pressure of an imagined audience propelled me forth for 657 days. And in terms of the “Inventory” long-durational performance, the question there was: could I get through it without losing my voice? That answer was also yes, but I did faint. Performance goes against my natural tendencies to make everything perfect, and to be able to rehearse, so it’s good for me, I think. I remember telling Marina Abramovic that I was going to practice reading for 8 hours straight before I really did it, and she said something like, “Oh no, you can’t do that. You have to just do the performance.” That freed me in a lot of ways, and I’ve applied it to my writing ever since.

AZ This tameness you speak of: I completely relate. For me, writing can feel so unphysical, so secluded, even when I’m reaching that heightened state where everything clicks. I look up, and I’m alone. I want to talk to someone, to dance, to run around town––I write to live. It’s a presence thing. I see this too, in your work: your body is so vivid. How do you negotiate the non-fiction dimension, and real life?

CH I basically use my own body as an anchor to my own experiences in my writing—there is so much that I can’t know, even about myself, but I can begin by tracing my own visceral responses to the world. Because, of course, this is how our bodies lead us into action—fight, flight, lust, harm. By beginning with the physical responses to things, I find that I can go much further into the lyric realm than I might otherwise go. The body becomes the given and the hypothetical becomes the variable—by beginning an essay in my own body, I gather enough courage to “lift off” into something much less certain and safe.

AZ Do you remember when you became a writer? Did you know, or did someone tell you?

CH I made zines in high school with my own writing, and I majored in journalism in college, but it was my intro to poetry class that actually put me on a path to becoming a creative writer. My teacher, a poet named Shelly Taylor, taught Sarah Manguso’s The Captain Lands in Paradise and Joe Wenderoth’s Letters to Wendy’s, amongst other texts, and that was the first time I felt like I was reading things that were changing my life and shifting how I saw the world. Shelly held office hours that I exploited as much as she let me—every week I’d ask her to help me with a new poem, and it was the best part of my week. I continued majoring in journalism because I couldn’t wrap my mind around “becoming an artist”—it seemed impossible somehow. I thought I needed a steady full-time job, but that became less important the older I got. I only cared about making things.

AZ What happens when you write about someone you love?

CH I have a part in my book that goes, “I return to memories of the people who taught me something, even accidentally. I love them, not for who they are but for the ways in which they altered me. In this way, my love for them becomes a love for my own deterioration.” I think, related to this, I love most of the people I write about, for better or for worse. Writing about someone lends itself well to romanticization, so I have to be careful—I often end up missing the people I write about. I always consider the act of writing about someone as an act of devotion, but of course in that devotion there is always a betrayal as well. I can never accurately depict someone’s entire being onto the page, nor do I want to, so the portrait will always be a reduction. There is something both sad and sweet about that to me. My writing about them can never be more than a document of how I looked at them, and what I saw. 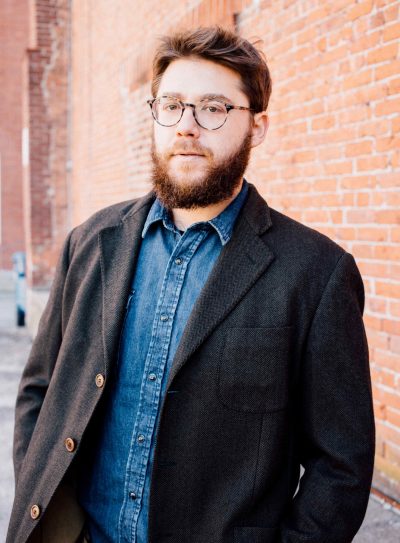 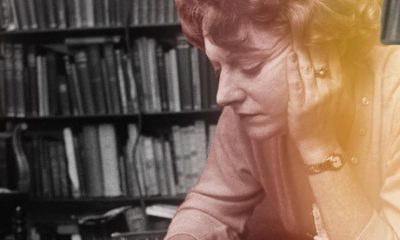