Gaining a Self: On Chelsea Bieker’s Godshot by Kristen Martin

A uniquely vile cast of characters, ecological disaster, and a motherless daughter who finds strength in the unexpected. 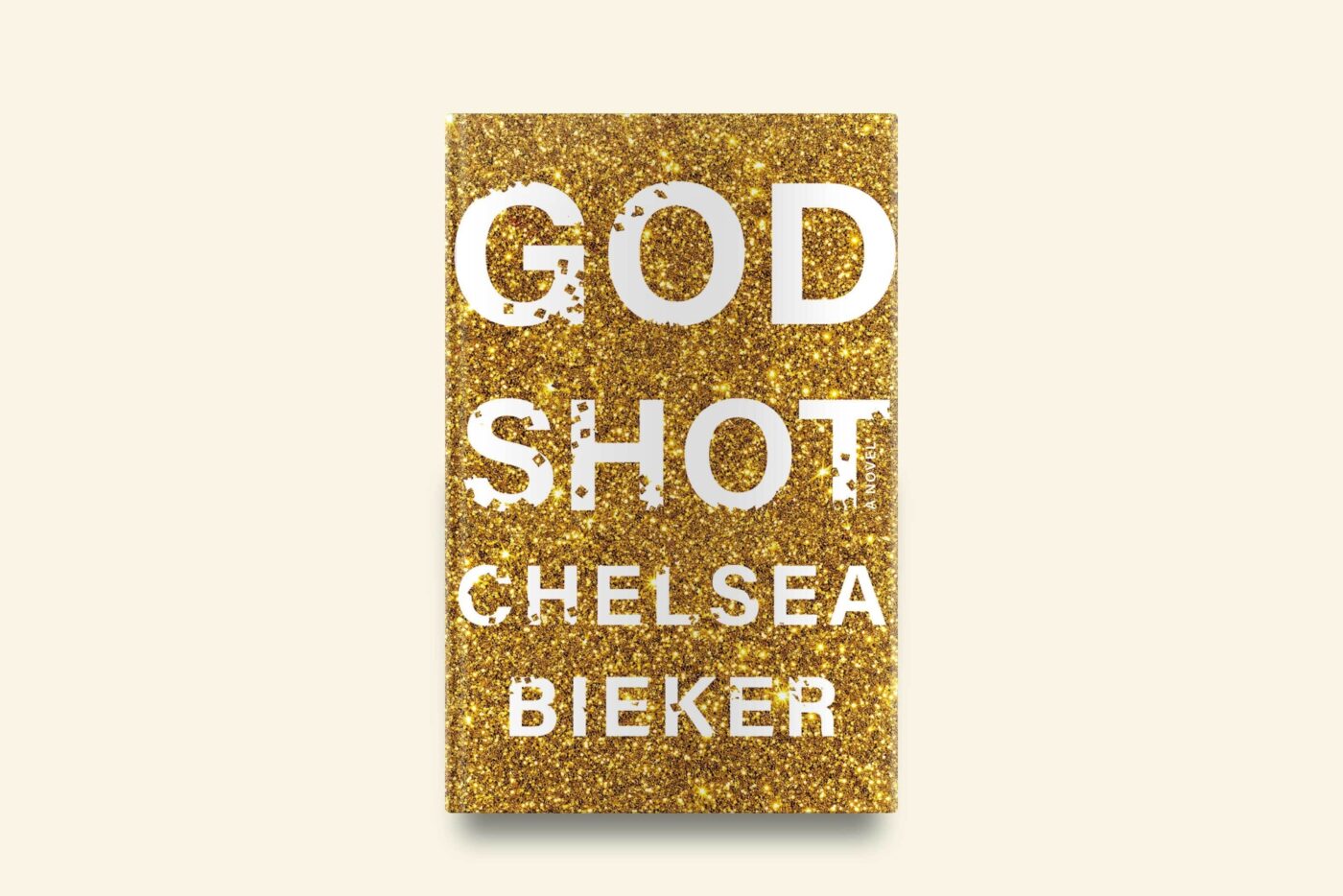 Besieged by a drought that has turned their Central Valley town from the home of bountiful raisin farms to a dusty land of “hay-dead field[s],” the people of Peaches need to believe that the rains will return again. They pour that yearning into their worship at Gifts of the Spirit Church, where Pastor Vern promises that faith in God—and, more importantly, faith in Vern—can bring rain.

Parishioners believe Vern, because he proved it once. Seven years earlier, when he arrived in Peaches, he “had knelt in the dry burrs and thrown up his hands” just as the skies opened up. But slowly “Peaches crept back to the dry,” and Vern says he can’t bring back the rain on his own anymore: “He needed our sacrifice now.” Sacrifice, to Vern, means that each church member must take on abhorrent, secret “assignments,” each a “holy bargaining.”

In Peaches, Bieker has created the perfect petri dish for a flourishing cult. To thirst is to be desperate, and desperation makes the people of Peaches all too willing to buy into Vern’s visions and not peek behind the veneer of his pageantry—“his golden robes and long blond hair curled in ringlets,” “his cheeks covered in sparkling God glitter.” But Godshot is more than just a study of the conditions that make cults irresistible. At its heart, it is a story about losing a mother and gaining a self.

The self in question is our narrator, fourteen-year-old Lacey May Herd. She is thirsty, too, and it is the increasing ambition of her thirst that powers Godshot, making it a propulsive, transporting read.

When the novel opens, we find Lacey fully credulous of the church and Vern, and thirsty for her period to come. Godshot’s opening line is “to have an assignment, Pastor Vern said, you had to be a woman of blood,” making clear that in Peaches, a woman is useful only as a fertile vessel. Bieker captures Lacey’s unwavering devotion in incantatory cadences that make the reader want to shake her awake:  “I would have an assignment and Pastor Vern would bring the rain at the right time and the town trusted him and loved him and all God’s people would be tended and the crops would persevere, amen.”

Lacey places all her hope in Vern because by bringing back the rain, he brought back her mother, Louise. Louise had been the kind of woman who kept “a water bottle of gin in her purse” and who brought home “one lousy boyfriend after another.” Lacey’s father was one of those men; she remembers him beating Louise, throwing her in a dumpster, spitting on her. The rains brought Louise into the arms of Vern and got her sober and chaste, saving Lacey from mothering her mother. By the time Godshot opens, though, the reprieve that came with the rains has ended, and Lacey is faced with choices that make her betray her mother, and actions her mother takes that banish her from the church and ultimately from Lacey’s life, rendering her motherless.

Bieker terms this condition “motherloss,” and she too suffers from it. Writing in Electric Literature last year, Bieker explained that when she was nine, her alcoholic mother abandoned her, leaving her “bathed in an uncategorized grief…The trouble was that my mother was not dead when she abandoned me and did not return…Death was simpler to imagine.”

In Godshot, Bieker poignantly depicts the pain wrought by a living mother who has a become unreachable in Lacey, who tells us, “I needed her body next to mine to remind me of my own.” Members of Lacey’s church show her no grace; even her grandmother Cherry tells her to forget about her mother.

Lacey’s motherloss is the impetus that sends her down the path of thirsting for more than just to be of use to Vern. As Godshot progresses, we witness Lacey’s slow revelation that the stories she has believed in haven’t actually protected her. In fits and starts, she comes to terms with what readers already see: Vern’s visions exist so that men can circumscribe the lives of women in Peaches, and the church has left her alone in her journey to find Louise and quell her grief.

Indeed, Bieker has crafted a uniquely vile cast of characters to surround Lacey, and the utter selfishness that undergirds the believers’ behavior keeps us rooting for Lacey’s burgeoning self-actualization. Grandma Cherry, for instance, is a figure reminiscent of Livia Soprano—that conniving, self-absorbed, always complaining matriarch—crossed with a fairy tale stepmother. She forces Lacey to “scrape brown fly larvae from the corners of the walls” and “tweeze the corkscrews that sprouted on her chin” all while “whin[ing] on and on about what she called her wasted life.”

Lacey finally witnesses mercy outside of the context of the church, in the home of the phone sex business the Diviners: A Lady on the Line —a red house she once saw as “filled with pale witches…rumored to have snakes for hair, eyes of fire, and poisoned nethers.” In Lacey’s quest for her mother, she turns to these women who knew her—glamorous Daisy and her Goth daughter Florin—who give her the first taste of clean water she has had in years and, propelled by her empathy, enter into the chaos of her life. As Daisy and Florin help Lacey cope with her motherloss and the consequences of her appalling assignment, they expand her worldview beyond the dusty valley of Peaches, ultimately expanding her sense of agency, her sense of self.

These characters and the jarring world of ecological devastation wrought by climate change, filled with parched lawns spray-painted a garish green and people “struck crazy by the heat, on diets of nothing but canned trash and warm soda,” will stick with readers.

Beyond her mesmerizing world-building, what Bieker ultimately captures so well in Godshot is how flimsy the stories we tell ourselves reveal themselves to be when we reckon with them critically. Lacey teaches us that our desperate search for meaning in something bigger than us can ultimately lead to finding salvation within ourselves.

Godshot is available for purchase here.

Kristen Martin is currently working on book of essays meditating on our culture’s relationship with grief, life, and death. Her work has appeared in The Baffler, Literary Hub, The Cut, Hazlitt, Catapult, Real Life, and elsewhere. She received an MFA in nonfiction writing from Columbia University. Currently, she consults with writers at the Columbia University Writing Center and teaches writing at NYU.