“Jazz gave me permission to not plan so much. When I was anxious I’d planned wrong or hadn’t planned enough, it was kind of like, Charlie Parker says it’s fine. And it was fine.” Emily Testa talks to author Matthew Sharpe. 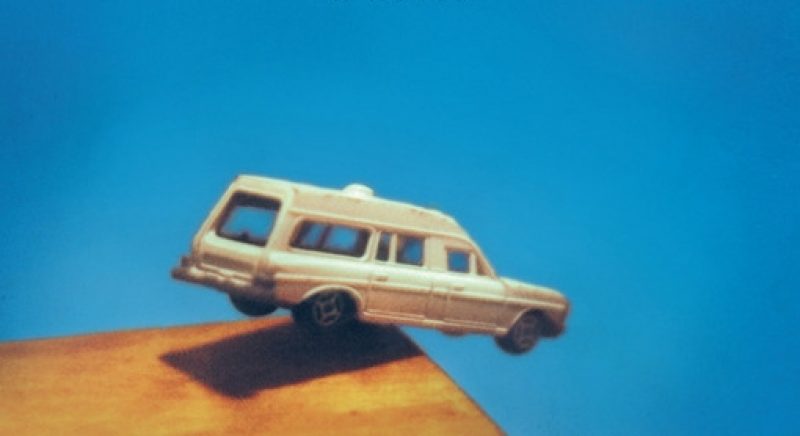 Here’s what I like about Matthew Sharpe: he’s not in the habit of blowing smoke up anybody’s skirt. He is whatever he is, and so are his books. (For the record, both the man and his work are possessed of a rare eloquence.) In early January we spoke by telephone about his newest novel, You Were Wrong, and explored other matters including but not limited to: NPR, Charlie Parker, and cities vs. suburbs. Don’t roll your eyes. It wasn’t like that.

Emily Testa In You Were Wrong, Karl is always guessing people’s ages and things like that, but it’s not a casual guess. He says he “feels” that someone is twenty-four or thirty-two or whatever. Why is this so important to Karl, this routine of intuiting the fairly irrelevant details of the people around him?

Matthew Sharpe Karl isn’t any good at perceiving. He can’t guess well. So, instead he fixates on the mathematical element of another persons gestalt in order to distill the chaos of the way he experiences life. He’s a mathematician, so really he’s just using the tools of his trade.

ET You give him such a crushing circumstance. From the novel’s first pages, he’s totally cursed. And at that point we’re not even sure we feel bad for him, because we’re not sure if he feels bad for himself. Is Karl a martyr?

MS Martyrdom implies some heroic action, and my guy is nobody’s hero. Can we agree on “sad sack?”

MS And about the other part, I don’t know why I’m so cruel. I seem to resort to hyperbole, those hyperbolic slings and arrows we all face. And Karl, like many of us, shuts down in response to life’s vicissitudes.

ET Moving along to Sylvia Vetch, your femme fatale… . I kept imagining her as a Manic Pixie Dream Girl. Do you know about those?

MS I remember hearing about them on NPR.

ET I looked it up just so we could be sure: “An eccentric, cinematic creature that exists solely in the fevered imaginations of writers to teach brooding and depressed young men to embrace life and its infinite mysteries and adventures.”

MS Hmm. Well I don’t think she teaches Karl anything. She’s energetic, but not effervescent. She’s too creepy herself.

ET Good point. Now I want to talk about the suburbs. This book paints a pretty dismal picture of suburban life. As a suburbs kid myself, I fully endorse your take. You must have grown up there, too.

MS I grew up in suburbs north of New York City, but mine are mostly fond memories. I guess I had a good suburban childhood.

MS You sound disappointed. But yeah, it wasn’t difficult. Or rather, my difficulties did not arise from the fact that I lived in the suburbs.

ET The thing about the suburbs is, you can never really escape them. I mean you can, and you did—so did I—but, mentally, they kind of stick with you. Have you found that to be true?

ET The set for this book is a stereotypical suburban house.

MS A suburban house is a ready-made set for fiction the same way it’s a ready-made set for life. To the extent that life is theater, we’re constantly performing in one role or another. We’re acting out personalities. And the house stands for all that. We even have prescribed actions for certain rooms: we cook in the kitchen, sleep in the bedroom, dump in the bathroom. It would be weird if you cooked in the bathroom, wouldn’t it? I’ll spare you the more obscene scenarios.

MS Yes. There’s a contested ownership of a house at the center of book, and in 2008 it felt like, very suddenly, all our ownership was contested. That’s where You Were Wrong dovetails with our economic crisis. We all misperceived our own prosperity.

ET Absolutely. Switching gears for a moment, I recently read your playlist in the Times. Let’s pretend someone met you through your musical tastes. Like let’s say it’s the ’80s and you made them a mix tape. Could they responsibly infer anything about your writing based on your musical tastes?

MS I make mix tapes all the time. Maybe I’m behind. But, sure, we can pretend. Wait—do I have a different hairdo?

ET Your hair can stay the same.

MS They might find out that my mother is a folk musician, my sister is a South American musician, and my brother-in-law is Brazilian. Oh, I forgot it’s the ‘80s. Did I have a brother in law then? I did. But I think I object to this question on a deeper level. I don’t believe musical taste reveals that much about a person.

I have this friend who describes the artificiality of online dating in a similar way: “I like Murakami, you like Murakami.” The point is, even literary taste is not a good indicator. But for me, since music has always been such a big part of my life, and I had a mom who did it for a living, I’m sure it influenced how I thought about art in my teens and 20s. I was listening to a lot of jazz, and those musicians became my role models for how to make stuff. Jazz gave me permission to not plan so much. When I was anxious I’d planned wrong or hadn’t planned enough, it was kind of like, Charlie Parker says it’s fine. And it was fine.

ET The first thing anybody ever told me about you was that your books were too good for mainstream publishing. Not you, not in a priggish way, but the stories and themes and characters you favor might be too sophisticated for the prevailing order. Is there something defiant about what you’re doing? How much should writers think of their readers at all, let alone which bookstore those readers might regularly visit?

MS It’s impossible for me not to think of readers, but I don’t know how to write to get a bigger audience than the one I already have. Certainly, there is an element of rebellion in the way that I write, or in the way I conceive of having a life as a writer, and I suppose being a fiction writer is something our culture does not really encourage.

ET Amen to that.

MS Jim Gaffigan said, “When somebody gives you a book, they’re giving you homework.” It’s true. I write fairly complicated sentences, ideas that might take a little time and effort to parse. I’m giving someone ten hours of homework if they want to understand what I do. I can only hope the pleasure I provide is compensatory of the difficulties.

You Were Wrong is available now from Bloomsbury.