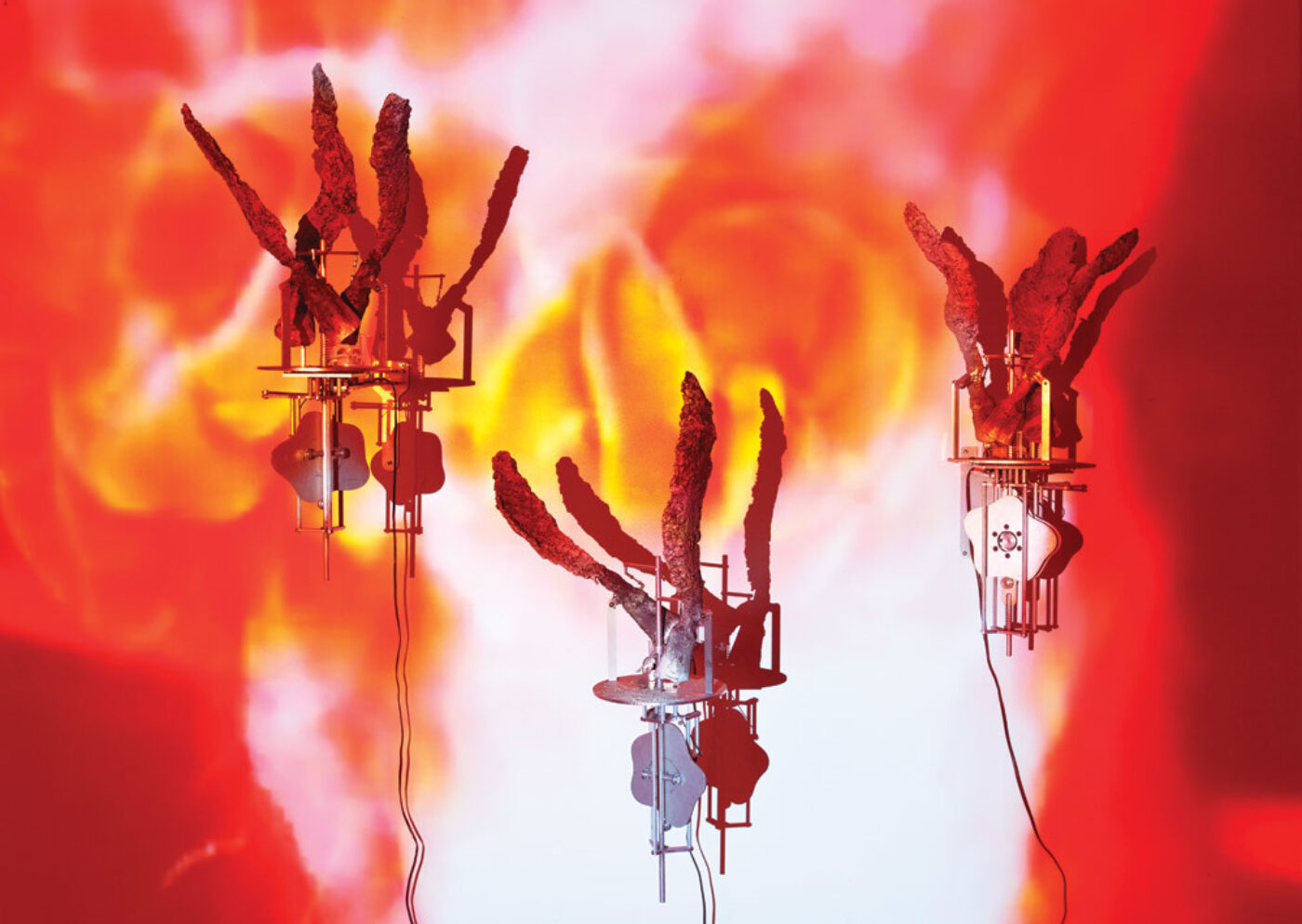 Carolee Schneemann is on fire. The artist, who has worked for over six decades, has garnered more critical attention recently after both receiving the Golden Lion Award at the 2017 Venice Biennale and being the subject of a major traveling retrospective that is currently at MoMA PS1 in New York. Carolee Schneemann: Kinetic Painting includes her most famous works, such as Meat Joy (1964), Fuses (1965), and Interior Scroll (1975), along with nearly three hundred artworks that present an opportunity to experience a more complete understanding of her artistic output. Throughout her practice Schneemann has challenged what it means to be an artist, partly through her use of unexpected materials, one of which is the element of fire.

Fire first introduces itself in Controlled Burning (1962–64), a series of small assemblage boxes. These unassuming works are delicate amalgamations of photos, glass, and mirror shards, the forms of which are subsumed by a patina of smoke. Their textural surfaces are as complex as Schneemann’s larger painting constructions yet perhaps more mysterious because of their small scale. Schneemann tends to have a penchant for big gestures and grand themes; in contrast, these works are curious for their subtlety. 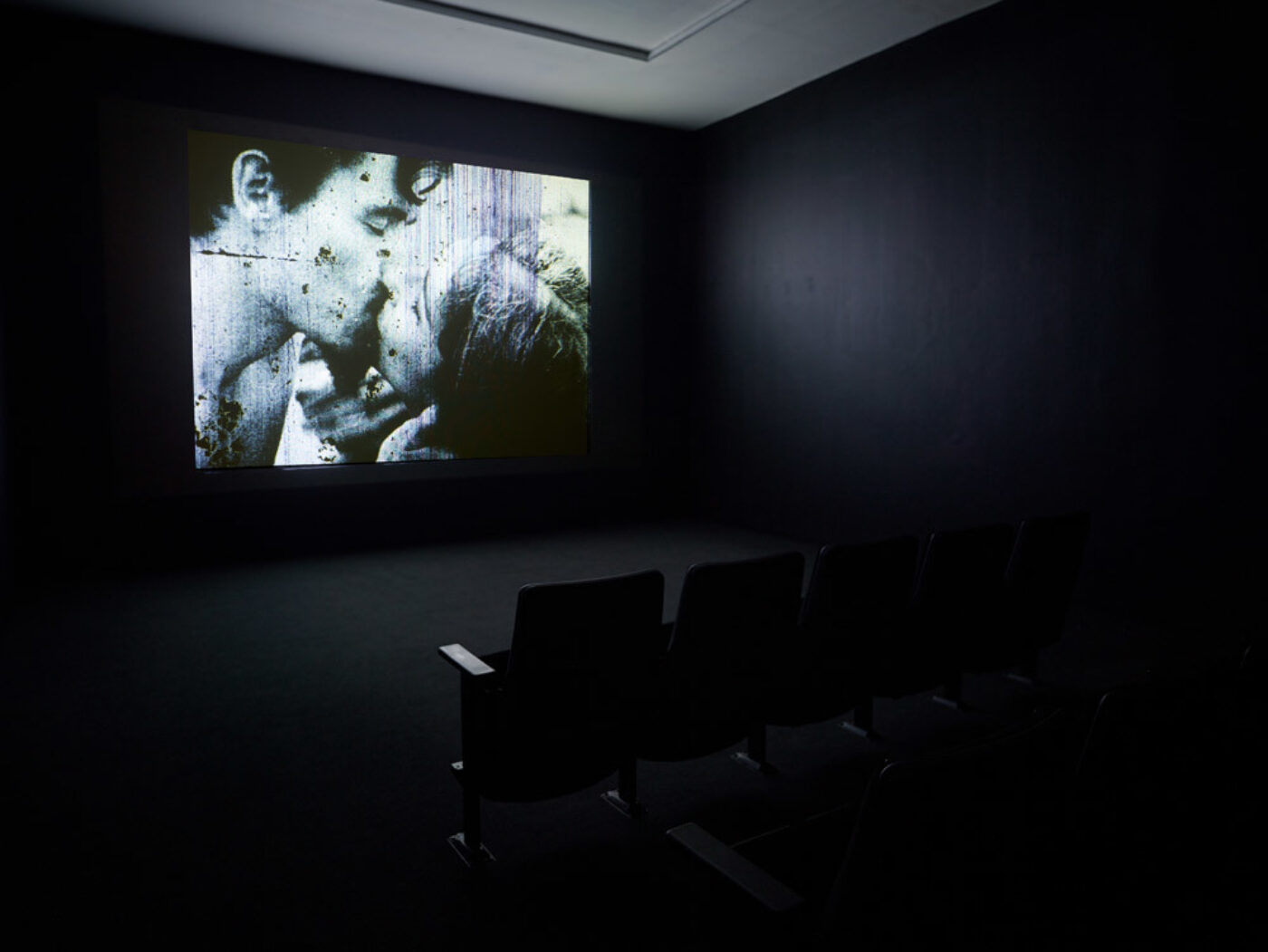 Schneemann’s studio burned in 1960 while she was a graduate student in Illinois. There is no readily available documentation of this fire, what it damaged, or what her studio looked like after the flames were extinguished. Two years later Schneemann would create several assemblages in small boxes, filling them with materials, fixing them with resin and paint, then drenching them in turpentine. At this point Schneemann would light a match and quickly close the lid, relinquishing control over the resulting state of the materials. Upon extinguishing the blaze, she was left with chaotic compositions, testaments to her collaboration with the flames. Schneemann furthered her exploration with fire as gesture in her iconic work in 16mm film, Fuses (1964–67). After filming, Schneemann manipulated the celluloid by cutting, painting the surface, dipping it in acid, and setting it ablaze. The presence of fire in the making of Fuses more directly connects the works subject with connotations of fire as a symbol of passion and creation.

In her 1991 performance Ask the Goddess, an audience member asked Schneemann: “What is the meaning of art?” to which Schneemann replied, “The meaning of art is destruction.” In the postwar period painting became an arena for action, as Harold Rosenberg explicated in his essay, “The American Action Painters,” published in ARTnews in December of 1952. Schneemann’s penchant for destruction was not simply in dialogue with other artists around her, the majority of whom were men, but rather came from a desire to dismantle control in an effort to attain liberation. Using fire was one way actively to remove or distort the artist’s hand in her own work, the very part of a painter’s body that is so coveted and admired. In this gesture Schneemann refuses the notion of individual authorship years before Roland Barthes would address similar concerns in his 1967 essay “The Death of the Author.”

In the spirit of experimental practices, especially the introduction of low materials into high art, Schneemann turned to an unlikely material, however rich in symbolism. Fire has a duality of associations, both positive and negative. It can be a source of warmth and light, but it can also destroy and bring pain. Ecologically, fire is a source of rebirth: when the earth is scorched, room is made for new growth; this fire often symbolizes purification, resurrection, and productive inspiration. Although we may not know what Schneemann felt upon seeing her singed studio, with the Controlled Burning series she found creative potential in fire’s ability to act as both destroyer and producer. This duality is not dissimilar from Schneemann’s use of her body to challenge fixed notions of the female nude, representing herself as both image and image-maker. 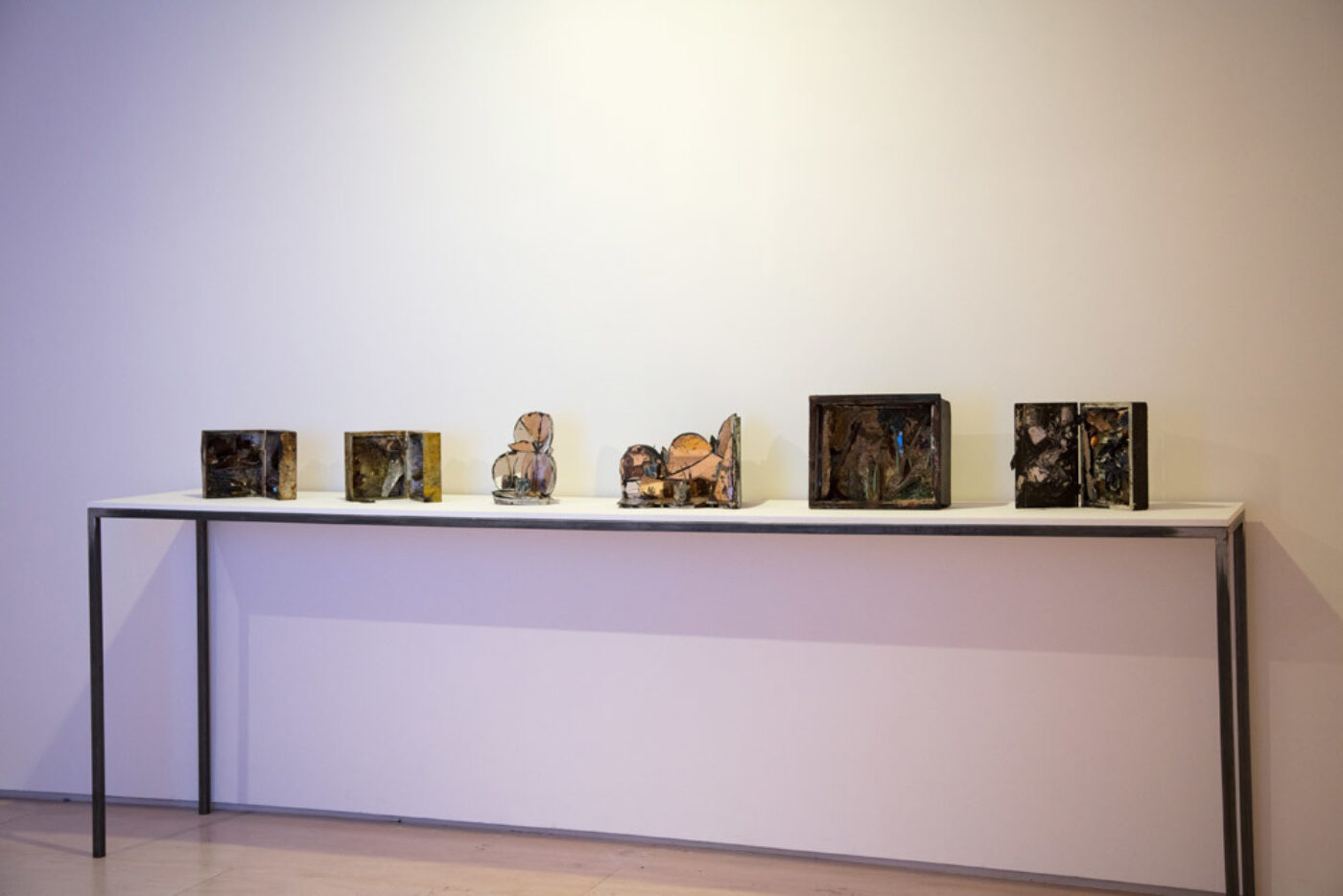 Some fifty years later, in her installation Flange 6rpm (2011–13), Schneemann again employs fire as metaphor. Set against a projection of licking flames, seven motorized sculptures rhythmically rotate at the slow speed of six revolutions per minute. Each of the aluminum sculptures were hand-sculpted by Schneemann, and she chose not to polish them in order that they retain a rough texture marked by the fire from the foundry process. The footage itself is from the firing process, the very flames of which birthed these metal forms that rotate in a motorized choreography. The video is projected on both the wall and the floor, immersing the viewer within a crackling blaze that conjures an image of the foundry as womb.

In a journal entry written in 1962, the same year she would produce the Controlled Burning series, Schneemann suggested: “Process with material/image leads exploratively, spontaneously. Change, recognition and insistence with discoveries is field of action.” Schneemann’s experimentations with materials pushed the boundaries of what painting is as well as how art is defined. Introducing kinetic movement into her practice, Schneemann pushed the limits of artistic control, insisting on the necessity of chance as a primary factor, not only in making art but also in life. Kinetic movement, like that of a flickering flame, becomes the vehicle through which Schneemann prompts viewers to reflect on moments of fracture and dissonance.

Carolee Schneemann: Kinetic Painting is on view at MoMA PS1 in New York until March 11. 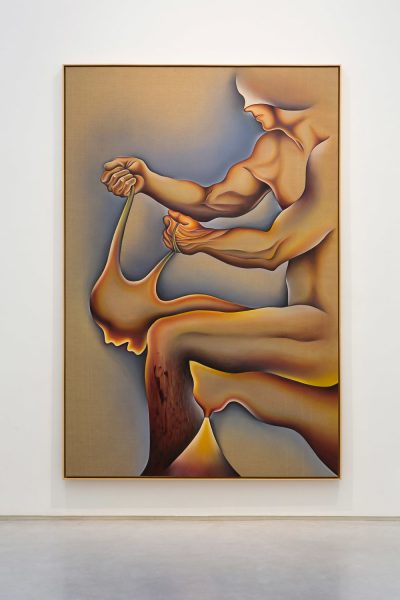