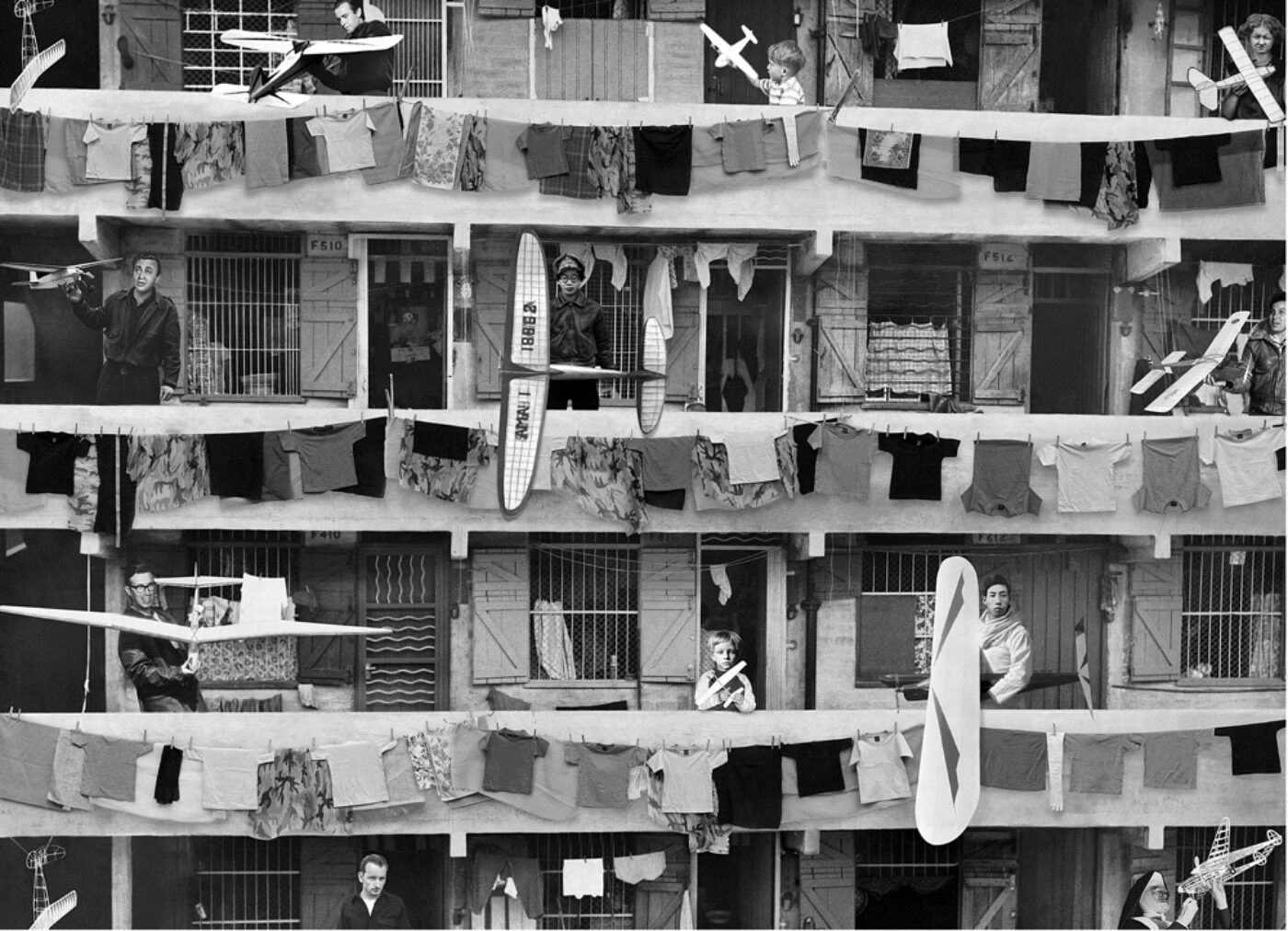 It makes us uneasy, that parade or whatever it is. Just 30 or so of them in the dirty noon sun, but their shirts are so brightly colored; there’s even a handful of children, and several banners and—what’s that word for those things we used to fly with string?

Some of them carry clusters of yellow flowers, there’s a child with a flower snaked behind his ear, those shirts are positively illegal in their brightness.

“What do their banners say?” My Beloved Tortoise asks from her chair in the depths of the apartment. Nowadays she never comes onto the “balcony” (some might protest the use of such an elegant word for such a seemingly meager, unfriendly place).

So when I say the parade makes us uneasy, it is only I who have seen it, and primarily My Beloved Tortoise who has been made to feel uneasy.

“I said, What do their banners say?” she demands.

Well, they’re six stories below, and already they’re halfway down the block, and months ago my glasses fell off the balcony and shattered.

“Kite, kite, kite,” she echoes, but it sounds to me like an expression of grief.

That night, during dinner, rice crackers with plastic cheese, we hear a scream. A woman’s scream: razor on wrist, that scream.

“Where’s that coming from?” I half scream myself.

“Where’s what coming from?” My Beloved Tortoise says tranquilly.

We continue eating as though nothing has happened.

“It’s not only your eyes,” she mutters before we fall asleep. “Your ears, they’re terrible too.”

The next day, here they come again, reduced somewhat in number but strolling down the sidewalk at the hottest, dirtiest time of day, wearing their dangerous T-shirts. I squint, sip brownish tap water.

Now they also carry miniature aeroplanes, resplendent things that force one’s thoughts toward projects completed with one’s grandfather in an era when the centuries were counted differently; a hillside, a gleaming green gift.

“Stop it,” My Beloved Tortoise commands from the interior, her face striped with shadows of window bars. Does she want me to stop looking, or to stop drinking tap water, or to stop thinking these thoughts?

I crane myself farther and sacrifice myself to the colors of the parade, the glitter, and the children.

“Seriously,” I say to My Beloved Tortoise that night, “are we the kind of people who don’t do anything when we hear a bloodcurdling scream during dinner?”

Therein ensues a terrific fight, a fight that consists primarily of my telling her how frigid she is and her coldly telling me to shut up before the Super Super shows up.

It feels good to fight.

She chides me for my tendency toward irrational jolliness. “My Malevolent Tortoise!” I counterattack, but at that we titter.

“It’s just that I’m cold-blooded,” My Malevolent Tortoise lies, after the dust settles.

It’s bad, what they’re doing, these people parading down the street; I can’t disagree with her there. They’re feeding impossible desires.

“Where did they get all those bright colors, and all those children?” I say on the third day. “They don’t look rich. Their hair is messy.”

My Malevolent Tortoise is weepy today. I haven’t seen her weepy in ages. A time came when there was no option but to behave a certain way, stick to certain emotions, stay inside, and drink bottled water.

“Please, stop calling me Malevolent,” she says, her voice a miserable little curl. “It was funny last night, but today …”

“Today what?” I insist. Can you blame me for taking pleasure in the sight of something other than tranquility on her face?

Below, the parade is smaller than ever. But they’ve got more aeroplanes than before.

When I remark on this, My Malevolent Tortoise says: “Show me.”

WHAT! I have to stop myself from shouting. I run inside and carry her out and we peer between the slats.

“Liar who?” It’s exceeding my expectations, to have her out here with me.

“Their banners are blank,” she says, “and their T-shirts are gray.”

“So what,” I say, “So I have bad vision. So I’m colorblind. But they have kids, don’t they? Don’t they have aeroplanes, and flowers?”

She cranes her neck upward; from here you can see thousands of apartments, laundry hanging from windows.

“Hey,” she cries out, pointing at distant laundry. “I think I see a green T-shirt!”

I remember the seashore, a hat with a peacock feather, a pointed finger.

In the end what matters is the person who passes you a glass of water when you wake thirsty at 2:18 AM.

The night is tight with silence. We shouldn’t be talking.

“I heard that scream,” she says.

When I wake at daybreak, I’m holding something warm and strange in my right hand, something at once smooth and misshapen. A hovering second of nonrecognition. I’ve never before held her elbow in this particular way.

Helen Phillips is the author of And Yet They Were Happy (Leapfrog Press, 2011). She is the recipient of a Rona Jaffe Foundation Writer’s Award, the Italo Calvino Prize in Fabulist Fiction, The Iowa Review Nonfiction Award, the DIAGRAM Innovative Fiction Award, and the Meridian Editors’ Prize. She teaches creative writing at Brooklyn College. Phillips lives in Brooklyn with her husband, artist Adam Thompson. 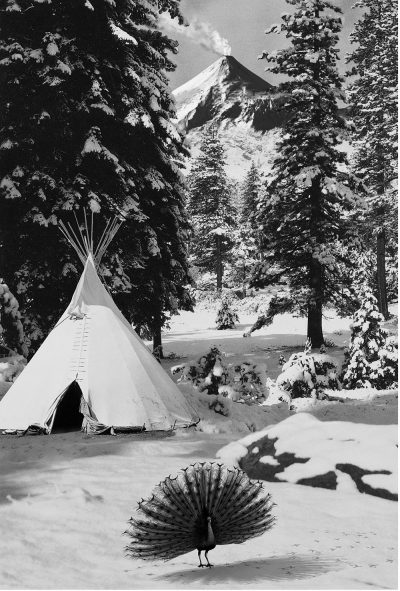 Mother saw it first, over by the teepee. “See,” she said, regarding us: sisters, offspring, preeners for love. 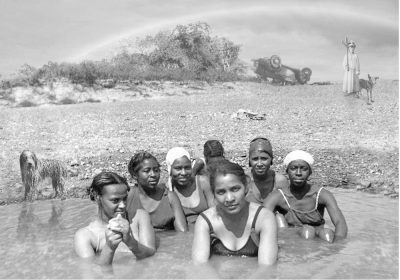