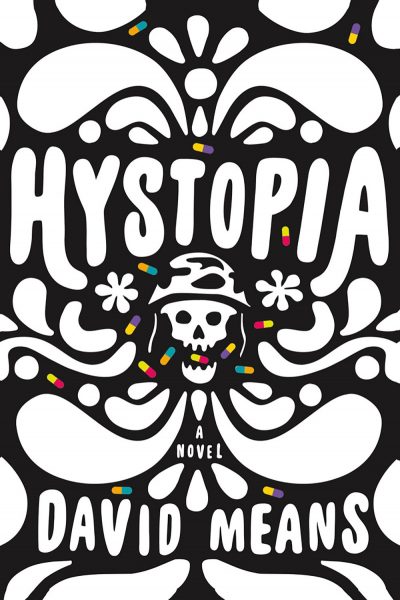 A few years ago, I drafted two linked stories, one about Kurt Cobain and the other about Raymond Carver. Both grew up in the Pacific Northwest. Both had fathers who worked at a sawmill. Both were, in one way or another, working-class kids. There was another overlap that I struggled to show, but which was much deeper and had to do with the fact that both struggled with addiction—Carver with drinking, Cobain, with heroin. In his last days Cobain stayed in a hotel room that seemed straight out of one of Carver’s stories, at least in theory, the details being somewhat fuzzy. The stories sat in a folder and waited for revisions, and I vowed to go back to them because I loved both artists and wanted to find a fictional way to imagine them together, united. I met Carver one time, when he gave a reading for PEN on the Upper West Side of Manhattan. I told him how much his work meant to me and he thanked me and gave me a nod and a sidelong look—he was smoking, I think, and he took the cigarette out of his mouth and tapped it into the ashtray and then looked past me, over my shoulder, and I moved to the side and let the next admirer step up. Cobain was around nineteen when that moment transpired—that must’ve been sometime around 1986? I imagine Cobain, lonely in a good way, with the smell of pine sap in the air, listening to records and making sketches in his sketchbook, unaware that he and his mother were living inside a Carver story. Perhaps that’s a stretch. I would’ve explained to Carver, if I could have, that when I bought his book of stories, What We Talk About When We Talk About Love, I began to read and was stunned to recognize the landscape, to see that the world I knew could exist in the world of fiction. In Michigan, my neighbor—Mr. Bycroff, now dead—had worked at the paper mill, the Bryant Mill, just down the hill to the east of my house. He was an electrician in the mill, and he came home in overalls—name patch, tool belt, black lunch pail, the works—and drank by himself on the front porch of his house, and in the night, usually late, from my window I heard him singing to himself, singsong slurred chants, and then, on some occasions, he gave out a kind of howl, or began shouting at his wife, and I heard then but didn’t know I was hearing something that I would hear, years later, in Cobain’s voice, somewhere around the edges of his singing, pushing as hard as he could to the very edge of a scream yet still, somehow, for me at least, stark and brutally clear and well-wrought.

He could still recall the way his father had uttered the phrase “coffin nail,” waving a cigarette during an argument, and he’d try to tweeze that moment apart, to remember what fury had driven him out of the house that day, down the road, along the side of the overpass to the trail and to the river where the water deepened as it entered the concrete sluice and provided a nice, cool resting spot for fish in the afternoon flow.

One more boy finding solace in the act of fishing while cars went past, dusty and quick, on the road overhead.

Outside the hospital, as he might imagine it, a misty rain would fall, the kind you found in the Pacific Northwest. It would fall—in his story—with a light persistence, as if unwilling to ever ease up, while through the clouds far to the west would be a dull sun, attempting to work its way through the mist. He looked out and thought, If I had the time, I’d write that one. It would certainly be my last, he thought, trying not to cough, feeling his ribs and his chest ache. If he coughed now he would never stop and his love would have to break off from her work upstairs and come down to help. Are you alright, she would say, and he would say, I’m fine, and gather his breath, easing up under her touch. And she would say, What were you thinking about out here Ray? And he would have to keep it simple. He would have to say, I was thinking about Chekhov. I was thinking about the master.

Alone on a bed in the sad karma of the Crest Motel, or the Marco Polo, take your pick, one last stop on the road through—no, he didn’t think anything like that because his mind is impenetrable, untraceable step by step through those last movements, which much later would become legend partly because only he knew where he went those last few days, before returning to the house and the gun. One more guy checks in, waiting to shoot up, with the old fear of needles gone. A connection named Hobert, or Rudy, or Blake out in the parking lot, leaning against his car, glancing up and down for cops, while inside the room he parts the curtains and looks out and then sits back down on the bed, shaking slightly. The room is shabby with wood paneling and has that reek (The sky an excrement beneath our feet!), having served fifty years of trysts: lovers cusped by the sagging springs into the dead center of the bed. (There was that time in Vegas, that fuck-up of a weekend when the glitter and gloss of the future was just ahead and everything became reduced to beautiful impulse, the drive into art, or so it seemed, and in that moment everything hugged reality, the actuality of time doubling back on itself. At that, time still living near Aberdeen, surrounded by logging detritus, not only the trees, but the old mills, too, the shabby ransacked vestiges of the lumber age, timber thrust into the bite of the blade, halved and halved again into board feet.) On the bed he might be thinking about the times his father took him to the mill. The time his mother and father fought and his mother ended up alone on the couch, face in hands, saying, “It’s over, over, over,” and he left her there and went outside to walk alone through the cold, pine-tree night, the smell of sap and wood smoke, and then he stopped to look up through the branches at the stars, far up, a firmament in the great bowl of cosmos and then—and this was when, he admits (secretly), apparent only in the reductio ad absurdum of introspection—he felt destiny for the first time: a keen awareness that he would someday, somehow, prevail and obtain, almost against his will, the fame and stardom that has—he likes to think, although he knows it’s simplistic bullshit—driven him here to the Crest, or maybe it’s the Marco Polo, to satisfy the need of his bones.

He goes to the window and parts the curtain and lights a smoke and draws deeply as he watches his connection in the parking lot who, in turn, is watching him, glancing his way, and nodding slightly.

There was an evidentiary moment, place, connector, or apex when his longing to create and to be heard and known met up with something else (insecurity, self-loathing, take your pick) and turned in on itself so that, to survive it, he had to go back and reclaim what was lost, and in doing so remembered the past.

(How does one make a story out of the enigmatic non-stuff of self-immolation, out of the death impulse, when the will to live, bright small compact of lifeblood, of baby lift, hefting the child up to hear the chortling, the bloody first giggle, gives way to the urge to avoid procreation, to find some terminal point? For God’s sake, all one can do is make raw conjecture.)

Back on the bed, watching the curtain shake, he knows that this is what will form around him, in the end.

(Maybe that’s part of the deal. He longs for a hazy non-narrative around whatever he has left of his own story. But then, maybe not. Maybe it’s just a reduction of the mental into the physical. Anybody who has suffered addiction knows the story, and anyone who has suffered chronic pain can understand the moment at hand.)

On the bed he’s humming softly. In theory, he has another song to write, one more fragment to put to tape. All he has is a fragment of melody with a few words—Hamlet/fuckin/dimwit—and not much else, but he’s humming it as he remembers a time his mother took him to Seattle, cutting alongside Capital State forest, and he had leaned his cheek against the cold car window while she pointed to the mountain and explained to him how a tree line forms, up in the higher reaches where the oxygen thins and it’s snowy all year, and he followed her finger up to the peaks and felt a distinctive sense, maybe for the first time, of being able to see, really see, in a secretive way, the inside of the world, and in the car that day he thought to himself: I’ll remember this moment, even when I’m an old fuck, and then, looking over at his mother, dressed in Capri pants and a white blouse, her Ray-Bans on, a kerchief over her hair, he straightened himself up and imagined himself as a man, as a father, and then he yelled yeeee hoooo, at the top of his lungs.

David Means is the author of four story collections, including Assorted Fire Events and The Spot. His novel, Hystopia, was recently published by Farrar, Straus and Giroux.