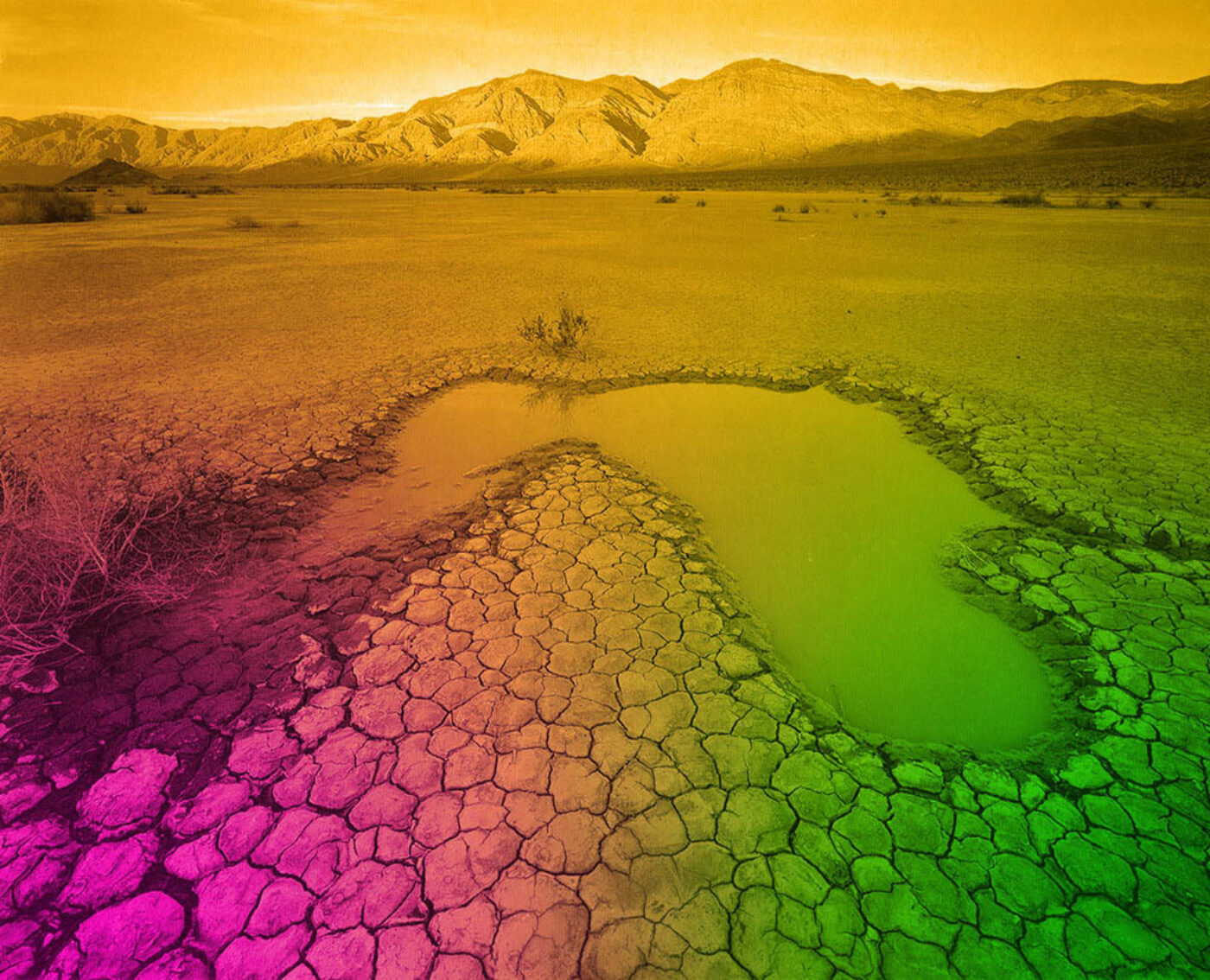 The title of Claire Vaye Watkins’s first novel, Gold Fame Citrus, names just three of California’s historic exports. It’s a list to which, just for fun, we might add surfing, In-N-Out Burger, health fads, The Doors, cults, and—at least lately—post-apocalyptic novels. Gold Fame Citrus is certainly one of the latter, but it would be misleading to suggest that it is only, or even mainly, an aftershock of the dystopic boom that’s been running through mainstream contemporary fiction since, say, The Road. Since then, the genre has matured and broadened so much that labeling an end-of-the-world book as such is akin to cruising Netflix for “horror movies.” That is, your base-level expectations will be met: in both cases, you’re going to see someone die. But for a core audience, the pleasure is in the kind of minute touches and improvisations that each entry adds to the genre. On this note, Watkins gives us the Mojavs, disinherited refugees of a dried-up Golden State and unwelcome migrants to the Eastern and Southern states to which they’ve decamped in search of something that isn’t desert. Desert, however, is Watkins’s specialty; her previous collection, Battleborn, examined the California/Nevada border with dazzling range. Opening with a semi-autobiographical treatment of the aftermath of the Manson Family (her father, Paul Watkins, was a member of the Family and delivered the famous “Helter Skelter” testimony), other stories include a tender day-in-the-life of the denizens of a brothel outside Las Vegas and a Gold Rush-era reconstruction of prospectors drawn to the Sierra Nevada in search of the same thing that motivates the exodus of Mojavs in Gold Fame Citrus: hope.

Given her feel for characters burned by promises that turn into mirages in the long distances between places, it’s no surprise that the book’s central couple—Luz and Ray—leave their Hippie Angelino enclave for the Amargosa, the sands of which conceal a fossil record of fallen Americas. Their flight is triggered by the appearance of an abandoned child called Ig, whom Ray, a military deserter, and Luz, who was once literally the poster child of the conservation movement, decide to raise as their own. In a crater at the heart of the dune sea they hope to find a dowser named Levi, whose ability to find water has allowed him to found a sort of Haight-Ashbury cult of personality, with strong designs on the destiny of each member of his flock, and whose own professions of free love are shot through with menace and need. But the landscape quickly takes over as main character, and Watkins finds a way to coax out many of the long-buried legends of what one character calls “California, the failed experiment.” These set pieces include a dream about William Mulholland, architect of the Los Angeles Aqueduct, the Mormon migration lead by Brigham Young, a mole man apparently living in Yucca Mountain, and the Rainbow Ridge Opal Mine, familiar to any connoisseur of roadshow attractions. Setting her book in the Mojave also gives Watkins the opportunity to write paragraphs like this:

Still rose the dune sea, and like a sea now making its own weather. Sparkling white slopes superheated the skies above, setting the air achurn with funnels, drawing hurricanes of dust from as far away as Saskatchewan. Self-perpetuating then, the sand a magnet for its own mixture of clay, sulfates and carbonate particles from the pulverized bodies of ancient marine creatures, so high in saline that a sample taken from anywhere on the dune will be salty on the tongue.

The sibilance here, with its particles/pulverized crescendo, is unusually brave for modern prose fiction, which is supposed to be controlled, clipped, and never beyond the ability of its characters to grasp. But it’s the perfect language to capture the Kelso Dunes, which most people have only ever seen from the sky, if it all, and even there its endlessness distorts the mind as you try to find the verbiage to cadge it all in. The horror and wonder of the deep desert aren’t in it being the edge of the world, but rather in being unable to find that edge or any curvature that betrays a shape.

In Savage Dreams, Rebecca Solnit’s diptych about the Nevada Test Site and Yosemite, she talks about how the desert requires a “new grammar of scale between self and surroundings,” how the mind, even in dreams, gropes for some limit to the pure expanse of the horizon, the annihilation of sky. Watkins’s breakthrough is allowing the desert to speak for itself—she makes no effort to tame or define the profound emptiness (punctuated by the odd bighorn sheep corpse) and, as a result, the middle of the novel dissolves Moby Dick-style into a digressive sprawl of loosely connected reveries and arcana. My favorite of these comes in the form of a bestiary of “neo-fauna,” featuring cryptids of desert folklore like Dumbo Jackrabbit and Blue Chupacabra.

The landscape’s prose and strange nested episodes—like the fate of Needles, California, where The Grapes of Wrath was partly filmed—are so overwhelming that the actual characters can feel lost, just motes in a sandstorm. But the story of Luz and Ig picks up once they become part of Levi’s settlement, which turns out to be a who’s-who of New Age types. There’s a strong Spahn Ranch vibe to Levi’s pronouncements—“The dune curates”—as well as to the group-sex scenes between his followers, their bodies splayed out against the ruin much like the hallucinatory copulators in Zabriskie Point. Meanwhile, Ray desperately wanders the borderlands and eventually winds up a prisoner in the Limbo Mine, a catacomb that links a labyrinth of disused mines to the tunnels beneath William Randolph Heart’s unfinished winter bungalow. There, he and a cellmate watch an endless stream of fictional television shows like The Tabernacle Choir Sing-Along and The Undead Sherriff. The fact that this sequence is 100% unbelievable, or feels more like something from a Steven Millhauser or George Saunders story, isn’t enough to keep it from being my favorite in the novel. When Ray escapes and forces a confrontation with Levi, who is planning to use Ig and Luz as part of his master scheme, the book becomes a violent series of double-dealings with much of the action delivered as a series of “oral histories” by the survivors. The upshot is that Gold Fame Citrus is an odd book, and one I suspect almost everybody will like for different reasons, whether it’s the creepy solidarity of—and subtle competitions between—Levi’s people or simply because this tale of doomsday fallout turns out to be one of the best depictions of contemporary California you’re likely to find outside of Steinbeck. 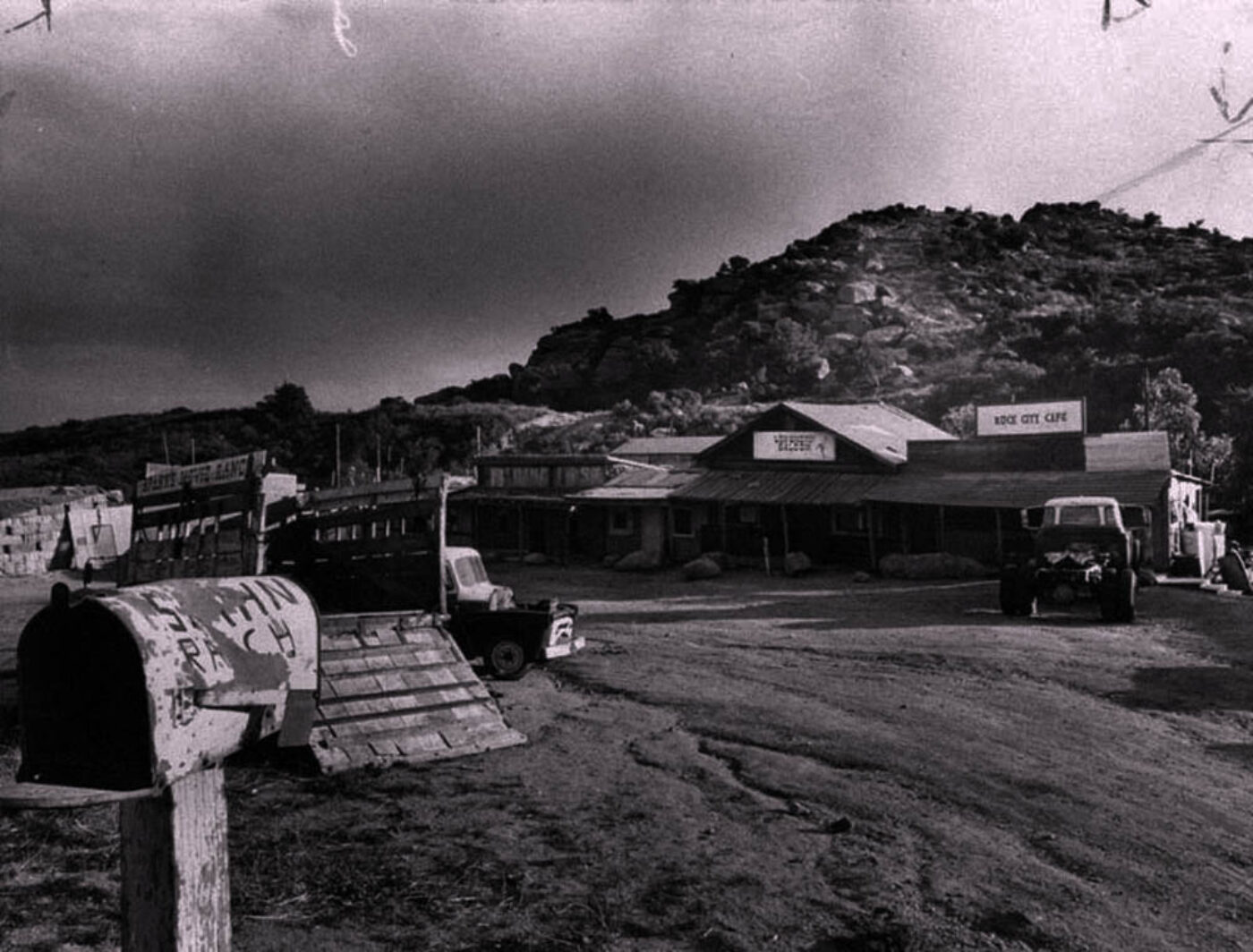 Spahn Ranch, about twenty miles from downtown Los Angeles, was first a film set for Western programs like Bonanza and The Lone Ranger; it later served as the residence of the Manson Family during the Tate-LaBianca murders of 1969. Manson prosecutor Vincent Bugliosi described the ranch as “holistic, complete, and totally at odds with the world outside.”

That’s because California is, and has always been, an apocalypse. Simultaneously perched at the edge of climate disaster and tectonic plates, it is America’s after-scape (it’s dark Mason-Dixon reflection, Florida, is less pretentious about its basic level of craziness). Californians are not like the rest of us; peculiarly Continental in their manners and prone to the fetishization of their goods (wine, yoga), proud in their insularity, they are cyborgs, pagan sun-worshippers, and genetic engineers of very small dogs, all living against a backdrop of geodesic hills and beaches rife with the bodies of prehistoric creatures. It’s where the clientele of fitness gyms seem to be bracing for some kind of survival game, and madmen routinely bill themselves as dreamers. Most of all there is flora, from the superfluous Joshua tree (the Devil’s telephone pole) to the Chewbacca-textured Redwood, which seems like the kind of vegetation that would sweep over a foregone civilization, reclaiming land from the men that litter it with train-tracks, plunged pickaxes, and oil derricks. It’s always something with California: if it’s not the mass suicide of a UFO cult hoping to hitch their souls on a comet, it’s wildfire and drought. The crisis of California is something we all depend on, as it reliably produces major American spectacles. Who knows when California ended the first time? The arrival of Sir Francis Drake in the Bay Area? The fall of the Bear Republic? The death of RKO Pictures? What’s important is that it keeps ending—a kind of slo-mo catastrophe that somehow never diminishes its gargantuan size.

Gold Fame Citrus is such a success because Watkins seems to grasp that California’s moribund status is also the secret to its fascination. It is a human and inhuman wilderness. Perhaps not surprisingly, the nineteenth-century naturalist John Muir (also a reference point for Solnit’s Savage Dreams) shows up as one the phantoms that regularly haunt Luz’s dreams. Although he was talking about Nevada when he wrote of “the very youngest and wildest of the States,” he had its neighbor to the West dead to rights in a passage Solnit quotes early in her book: “nevertheless it is already strewn with ruins that seem as gray and silent and time-worn as if the civilization to which they belonged had perished centuries ago. Wander where you may throughout the length and breadth of this mountain-bound wilderness, you everywhere come upon these dead mining towns, with their tall chimney stacks, standing forlorn amid broken walls and furnace, and machinery half buried in sand, the very names of many of them already forgotten amid the excitements of later discoveries.”

Watkins, too, clearly knows her subject very well—again, “California, failed experiment.” And if there’s something smug-sounding in praising her as a regional writer, it’s worth remembering that there’s a dark side to writing about a place, as well as a benevolent, community-minded one. Too often, the writers we call regional are more like civic-minded bullhorns advertising acceptable myths. Think of some of the grotesque, postcard American Souths that end up lumped in with what we call Southern literature. Or even the proliferation of novels rendering New-York-in-the-70’s as an ongoing art party. We mistake these versions for the truth because the regionalist writer stands in for memory and for history. We need regionalists to get it right. Gold Fame Citrus gives us a Cali-future-fornia that meets the wasteland on its own terms and gets it exactly right. Drop a bomb on it, fill it with holes; it is what it is. My only friend, it is the end.

J. W. McCormack is a writer whose work has appeared in Bookforum, The Brooklyn Rail, Electric Literature, Tin House, The New Inquiry, The American Reader, n+1, Publisher‘s Weekly, and Conjunctions.

David Berman committed suicide, and I’m like a blackbird that has flown into a bay window and awoken in a flower box, dizzy in gardenia shade, trying to get un-stunned and back on the wing before the neighborhood cats come round. 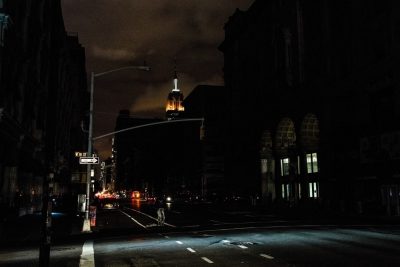