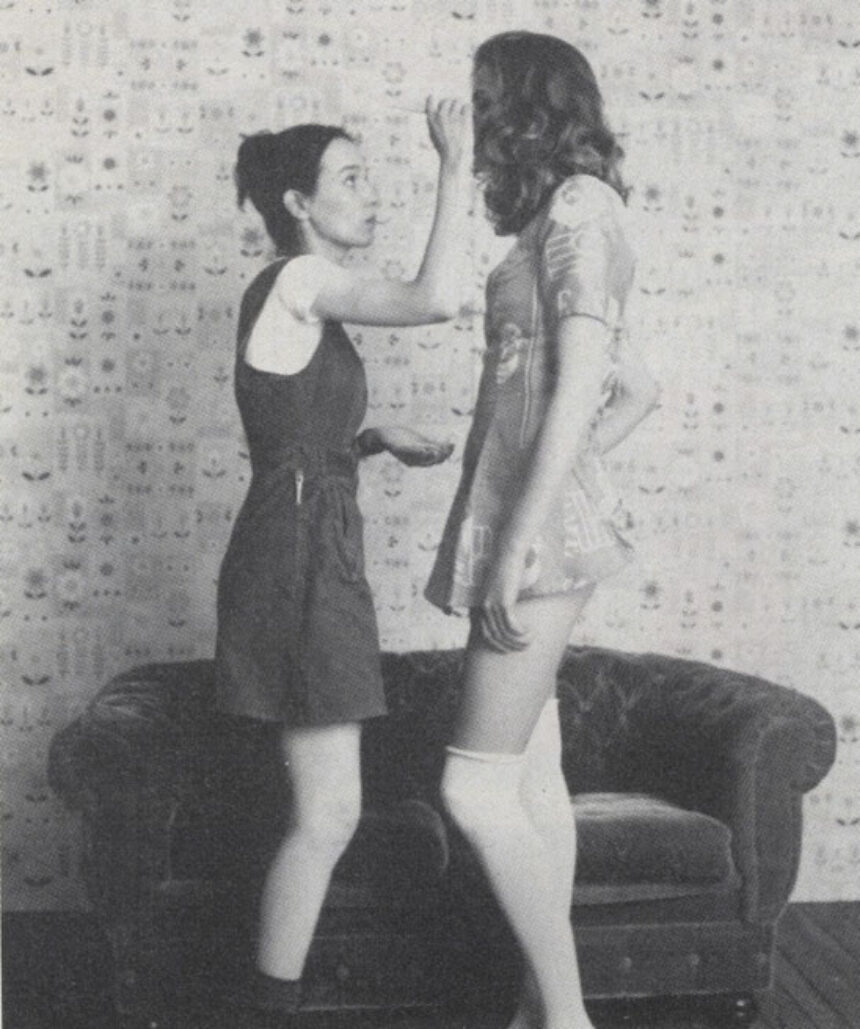 Clarence Gavel in a scene from Cédric Klapisch’s When the Cat’s Away. Photo Courtesy Sony Pictures Classics.

Paris, like New York, is suffering irrevocable change under the rousing banner of real estate development. Will neighborhoods such as La Bastille survive? An ode to a disappearing Paris, When the Cat’s Away, Cédric Klapisch’s delightful first feature about a young woman who loses her cat, also takes the pulse of contemporary urban society.

Twenty-plus Chloe (Clarence Gavel), a pale brunette with luminous eyes and slightly knock knees, lives with gay roommate Michel (Olivier Py) and a black cat named Gris-Gris in a brightly-decorated attic apartment in La Bastille. By day, she works as a make-up artist for fashion models. At night she hangs out at the chic, pricey Pause Cafe.

When Chloe goes on holiday for the first time in three years, she boards Gris-Gris with 75-year-old Madame Renee, who already houses twelve cats. To Renee’s great chagrin, the cat disappears. On her return, Chloe invokes a great cotillion of delectable old ladies to assist her in her search. From this deceptively simple premise, Klapisch’s finely-textured script conveys the warmth and humor of neighborhood life in La Bastille, with its mixed working/artist population. He shows how the new Paris—eviction papers, demolition cranes and flagship stores—is replacing the old, with its friendly concierge and bakery and closeknit community.

Performances by a cast of actors and non-actors are excellent. Zinedine Soualem is noteworthy as Chloe’s loyal supporter Djamel who risks his life on the rooftops. Of unusual poignancy is the caring rapport between young and old.

A Sundance ’97 Film Festival U.S. premiere, When the Cat’s Away will screen at MoMA’s “New Directors” in March prior to a May theatrical release.