“The movement of the crowd edged towards the Avenue Mariscal Lopez where the processions wre passing” (Graham Greene, Travels with my Aunt, p. 217). 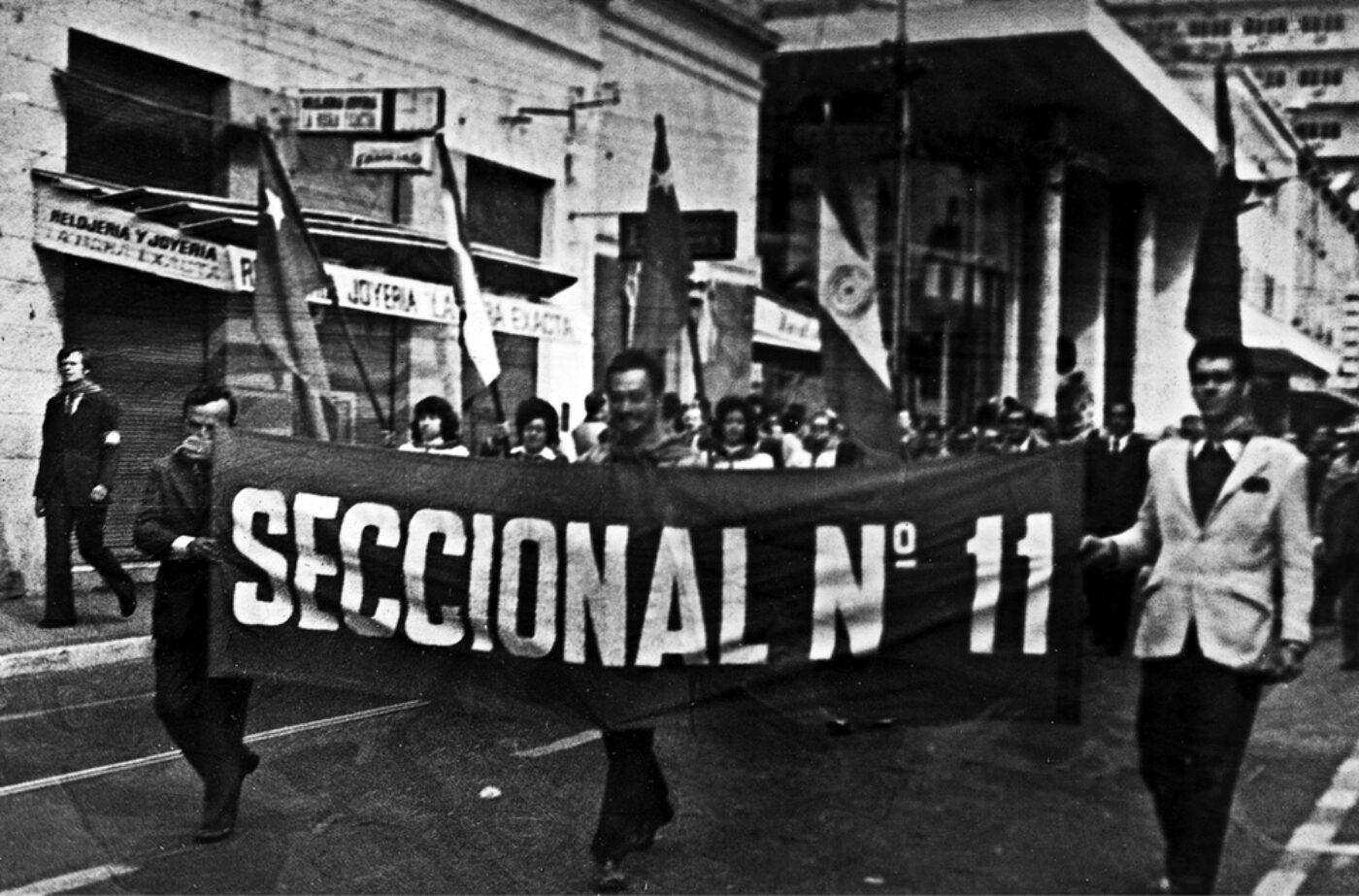 Welcome, Foreign Brother“Bienvenido hermano extranjero” is the title of a popular Paraguayan folk song that welcomes foreigners into the country.

One of my first memories is a conversation over coffee between my parents and some relatives, in which my parents told a story about having run into Graham Greene at the terrace of the Hotel Guaraní, a lonely skyscraper of a provincial Asunción, Paraguay, in 1969. I faintly recall the smell of tobacco, some familiar voices, and the British writer’s name.

Years later, when I asked my father if they had indeed ran into Greene or if the meeting was just a figment of my imagination, he told me they had actually met. He remembered vaguely that a diplomatic service officer had introduced them, apparently because my father was the only person who spoke English accurately and could handle a conversation. He also said that they had drunk a bottle of gin together, while Greene confessed that a bunch of undercover policemen had snatched his camera in front of the Partido Colorado’sPartido Colorado was the political party of General Alfredo Stroessner who ruled from 1954 to 1989.  offices the previous morning, just as he was shooting what appeared to be preparations for a parade. The Paraguayan diplomat added that the British embassy had dismissed any attempts of getting it back, as Mr. Greene insisted on avoiding a diplomatic incident.

As I pressed him for further details, my father remembered that they also discussed the government, foreign policy, a few exclusive parties Greene had attended, and the Nazis who had taken refuge in Paraguay.

A few months ago, while I was looking over police files from the Stroessner dictatorship related to missing persons during Operación CondorOperación Condor was the series of operations coordinated by South American dictatorships—Chile, Argentina, Brazil, Paraguay, Uruguay, and Bolivia—and the CIA that took place in the 1970s and 1980s. , I found an ordinary envelope which had “photos seized in front of the A.N.R. ”The Asociación Nacional Republicana (ANR) was the official name of the Partido Colorado. written on it. Inside, wrapped in newspaper, were five strips of photo negatives, somewhat damaged. When I asked the person in charge of the files about the envelope, he simply answered that I would find hundreds of yet unidentified documents.

My father never read Greene’s Travels with My Aunt , the second part of which takes place entirely in Asunción (and ends with a lavish party organized by an Italian smuggler and war criminal wanted by the CIA ). In fact, he was pretty surprised when I pointed to the extraordinary coincidences between his story, the novel’s final scenes, and the photographs found in the envelope. 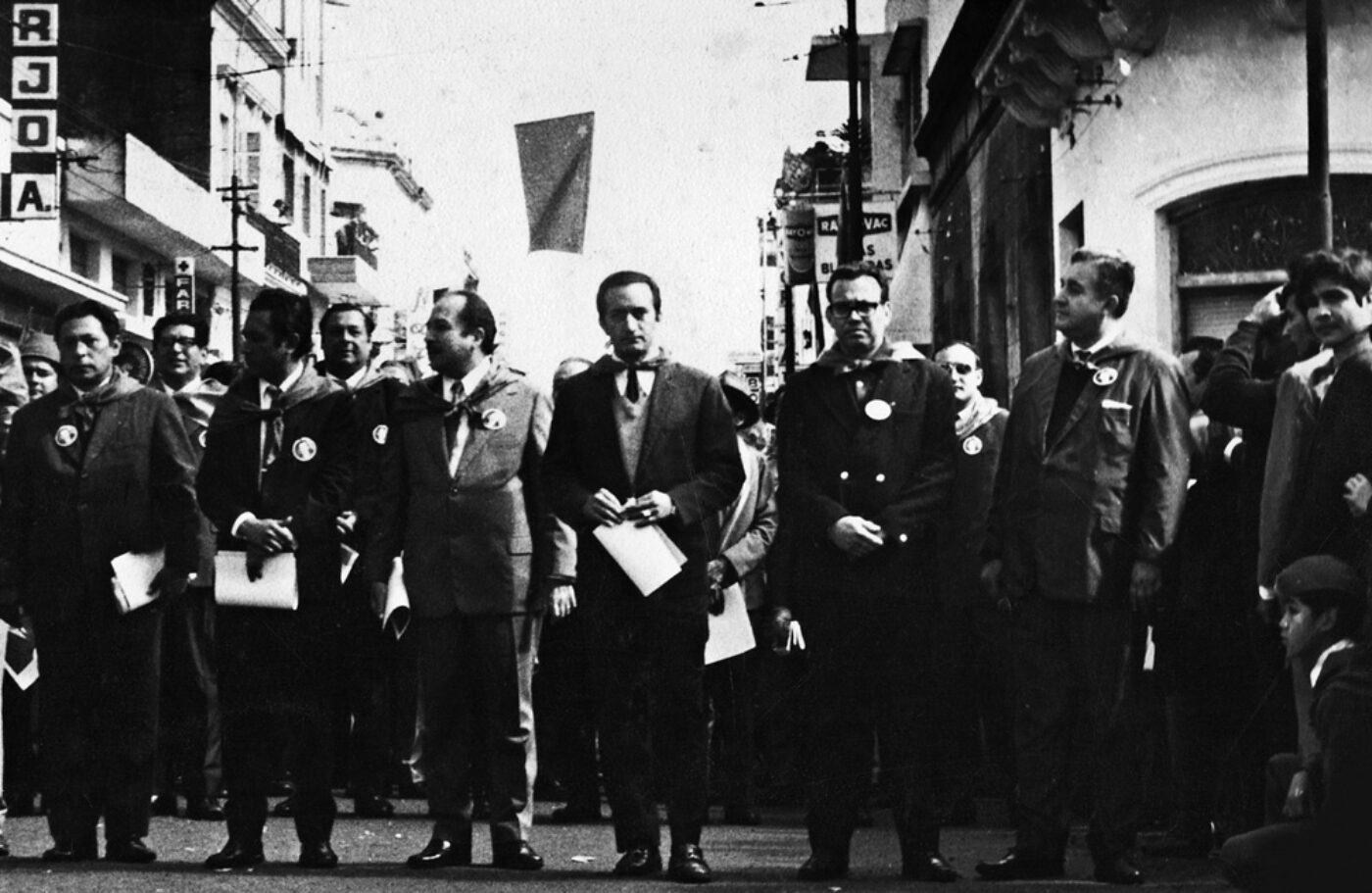 “Most of the men in the street wore red scarves round their necks, and many scarves were printed with a picture of the General. There were red flags everywhere: you would have thought the town had been taken over by the Communists, but red here was the colour of conservatism” (Graham Greene, Travels with my Aunt, p.216). 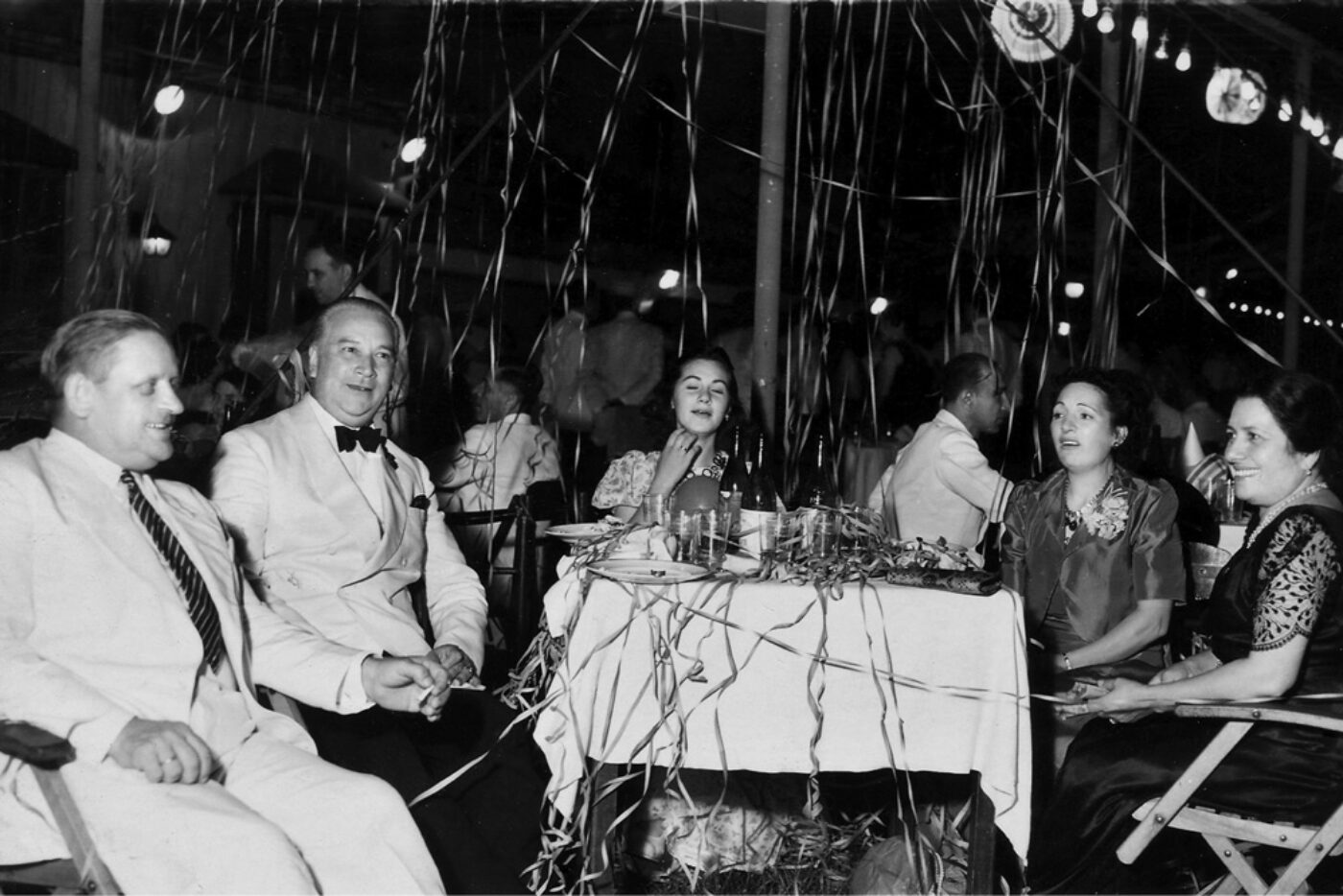 “The great gates had been cleaned of rust and flung open; the chandeliers sparkled in the sala, lights were turned on in even the empty rooms, while colored globes had been strung from tree to tree and over the boards of the dance floor laid on the grass” (Graham Greene, Travels with my Aunt, p. 246). 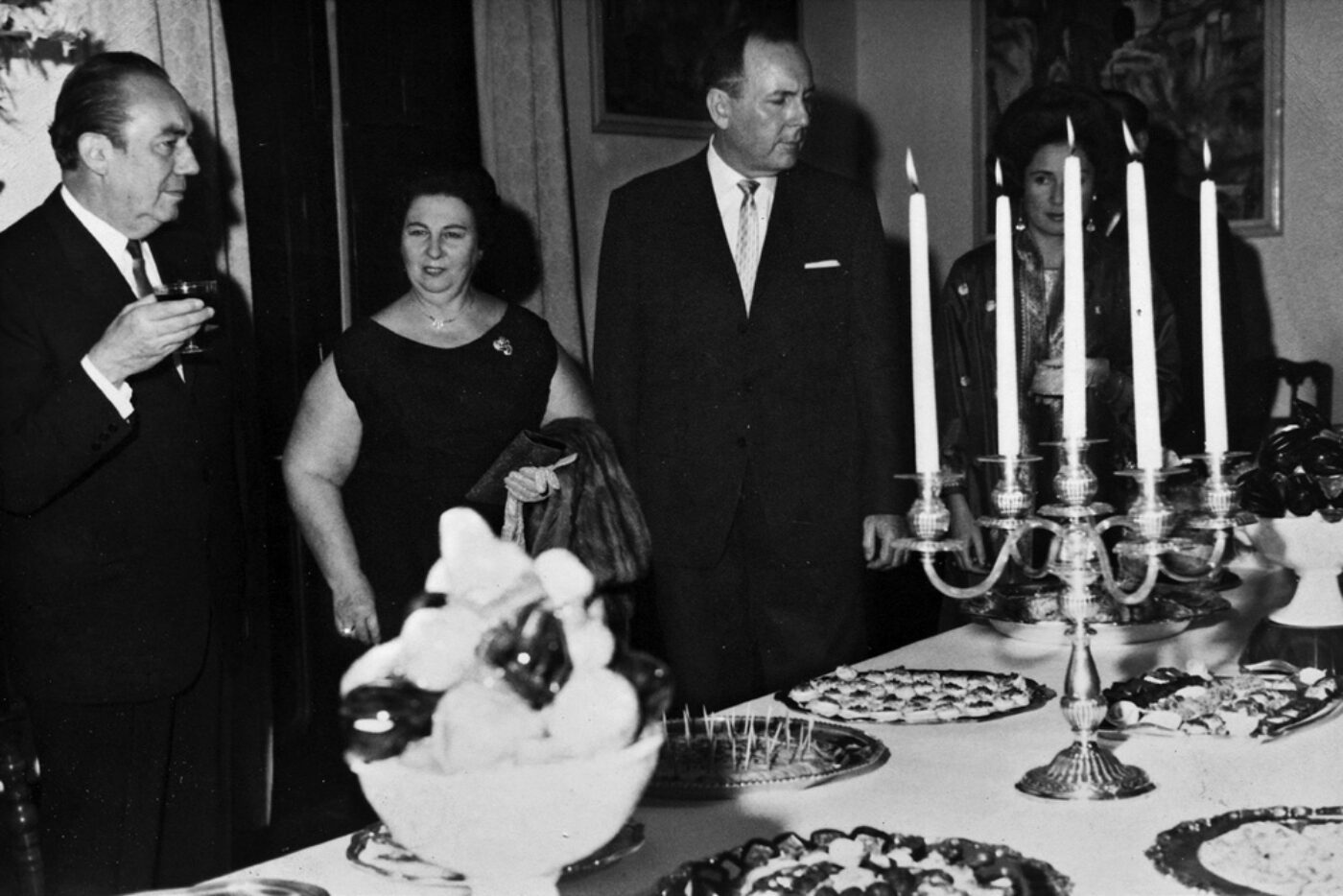 “My memories of the party are very confused, perhaps because I helped myself rather liberally to champagne before dinner” (Graham Greene, Travels with my Aunt p. 247). 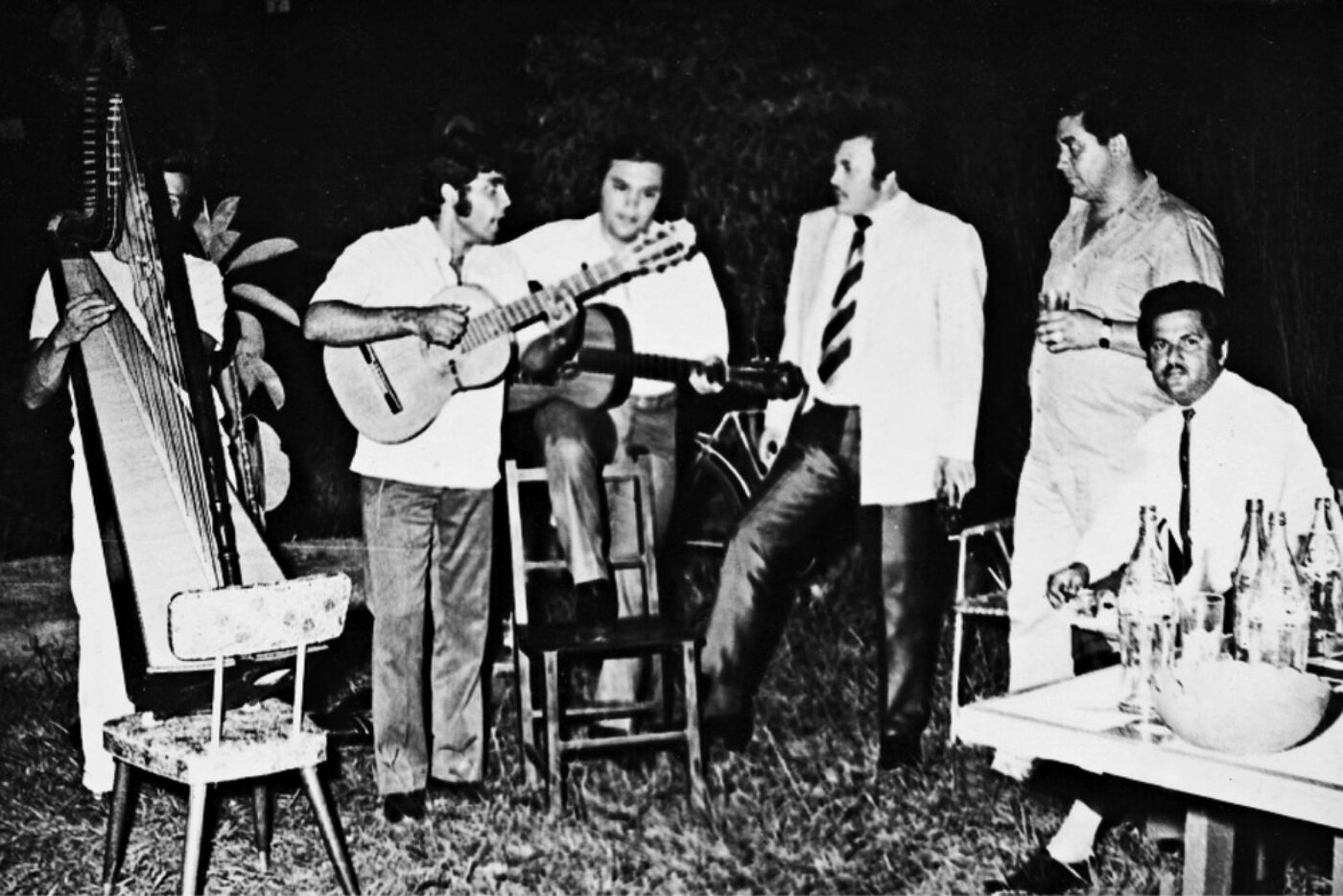 “On the terrace two musicians tuned a guitar and a harp” (Graham Greene, Travels with my Aunt, p. 246). 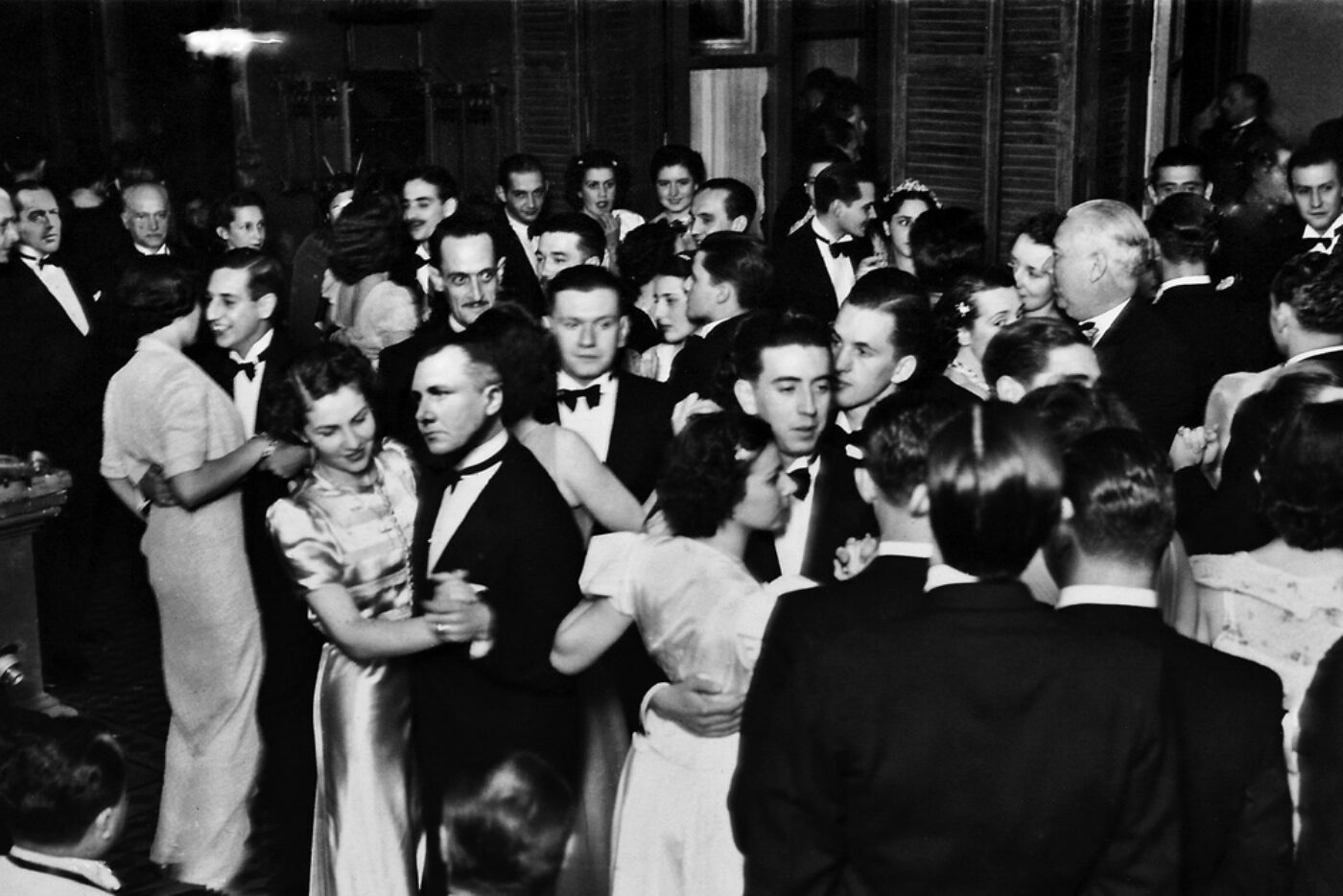 The guests crowded the floor as the harpist and the guitarist played another polka: we could see beyond the terrace through the window of the sala the ebb and flow of the dancers” (Graham Greene, Travels with my Aunt, p. 249). 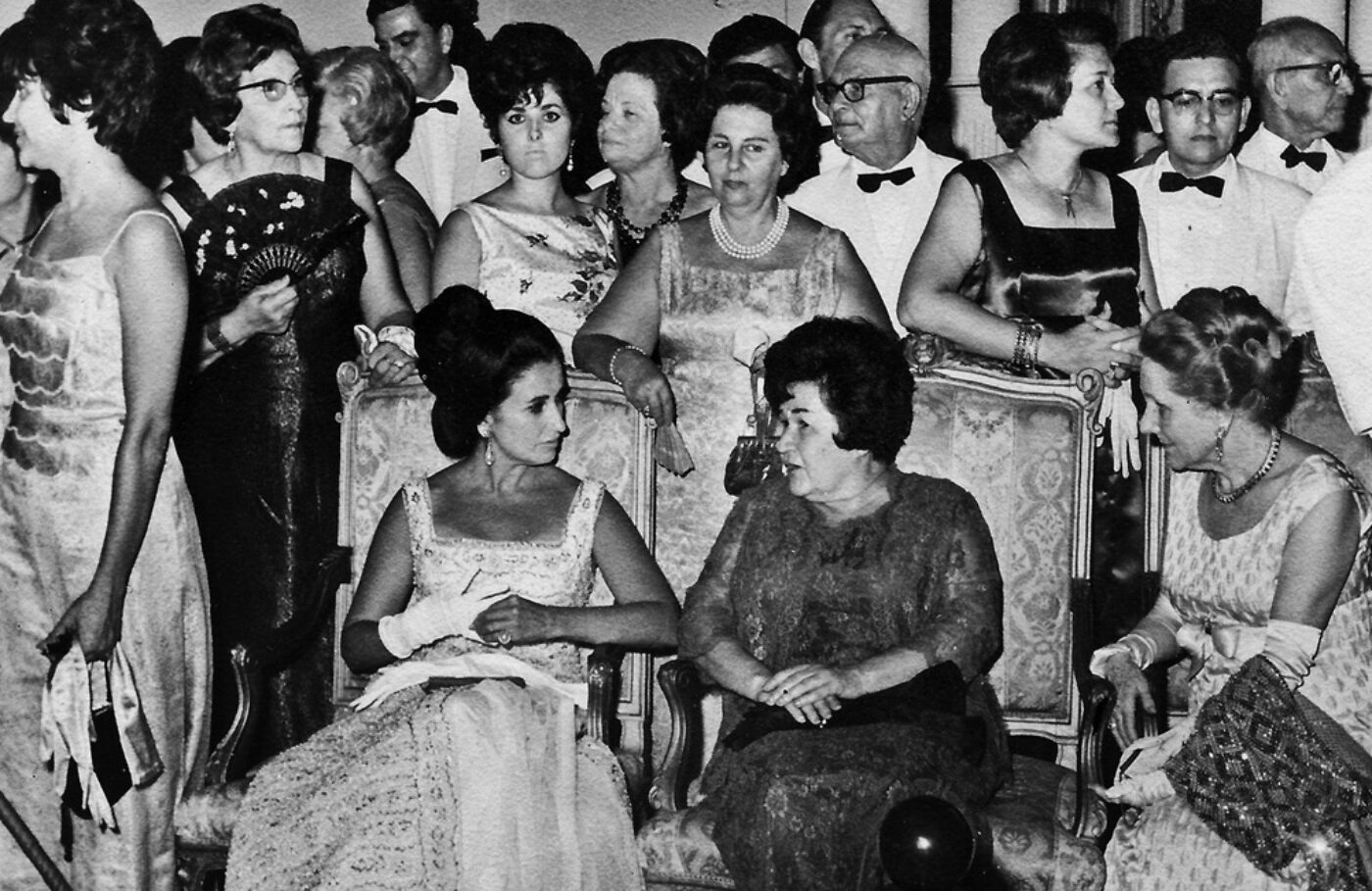 “We have had our ups and downs, and the photographs of what we call the great party and of our distinguished guests have proved useful more than once” (Graham Greene, Travels with my Aunt, p. 254).

Fredi Casco is a writer and visual artist based in Asunción, Paraguay. His work often explores the disparity between high culture and popular culture and the tensions between official history and its “minor” documents. He is an editor of Sueño de la Razón, a magazine focused on South American photography. He is also the director of the Photography Biennial “El Ojo Salvaje” in Paraguay. His work is part of the 2013 Venice Biennial.