Ander Monson’s Vanishing Point is both a book and a website, the two connected by textual daggers that lead the reader down the endless hallways of the Internet. BOMBlog’s Amy Whipple talks with the author about the enriching literary possibilities offered by the overlap of digital and analog technologies. 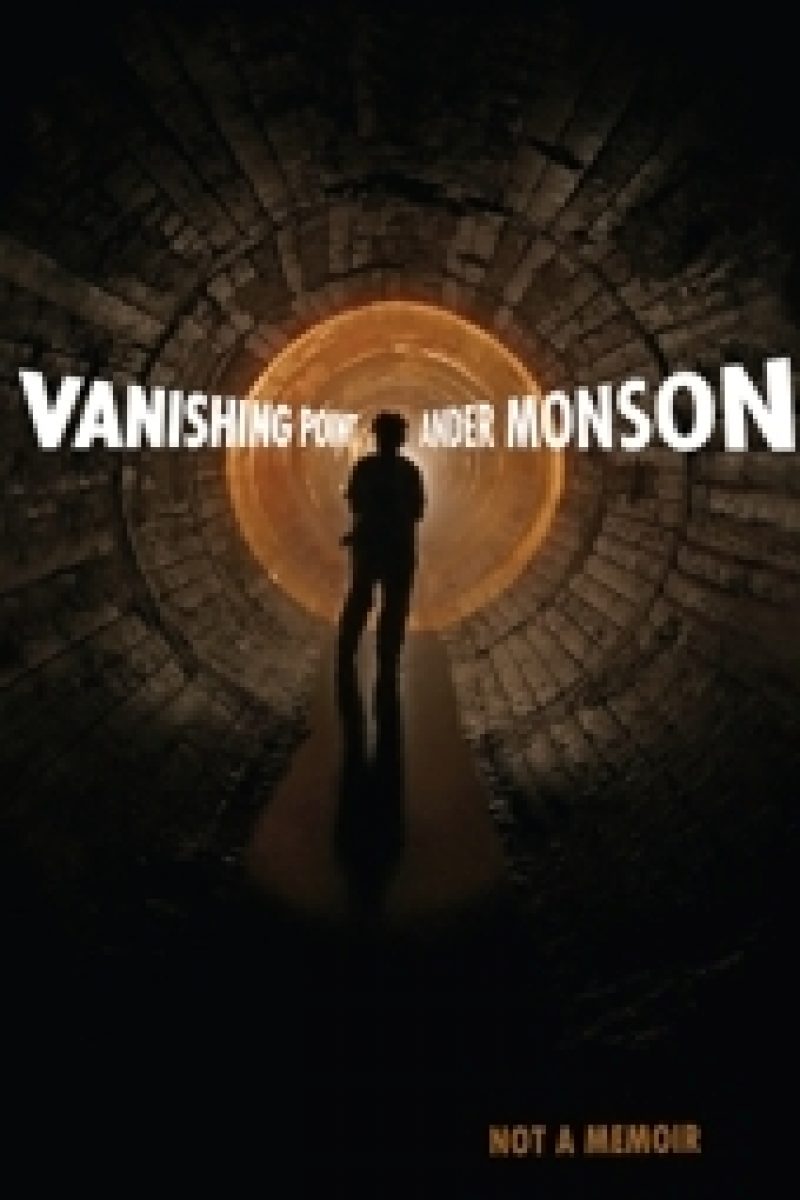 Perhaps you already know that Ander Monson’s Vanishing Point is a summer must-read for lit/writer geeks. Vanishing Point, which is “not a memoir,” is both book and website. The two media are connected to each other by textual daggers that lead the reader down the endless hallways of the Internet.

The book has also been favorably reviewed in all the expected places for its dissections of the memoir genre, the narrative “I,” and static text. These reviews, while totally accurate, are all so serious. They make Vanishing Point seem grave and self-serious. Monson starts his writing playfully—something that gets lost in these other conversations.

You can only spend so many summer nights in a beer-sweet breeze waxing intellectual on the political ramifications of a hot dog. Sometimes you just want to enjoy the damn hot dog. So read Vanishing Point. Explore the website. Say all the right, smart things to your smart friends. Think some deep thoughts. Blog them. Then, maybe, sit back and just enjoy your hot dog. Let’s enjoy his book, shall we?

Amy Whipple Why the subtitle “Not a Memoir” instead of “Essays” or no indicator whatsoever?

Ander Monson “Not a Memoir” was suggested by the book designer at Graywolf because they wanted a subtitle. They wanted one with the last book too, so this might be a function of their marketing savvy. I didn’t feel that “Essays” was the right moniker—though they are essays—mainly because most books of essays that I read haven’t given a lot of thought to the shape of the book, which is one reason why most people dislike books of essays. And I spend a lot of time thinking about that. It’s essays, but it’s also this other thing. And that other thing is a little cheeky and sly, and definitely, defiantly not a memoir.

AW The almost-frame of Vanishing Point are sections labeled “Assembloir,” which crib segments from other memoirs without citation, save for a long list of memoirs at the end of the book. First, did you read those memoirs because of this project or did you get the idea from reading those memoirs?

AM A little of both. The idea for those pieces came out of the essential similarity of the vast majority of the memoirs I was reading to get a wider sense of the form (and that I read through for the book contest mentioned in “Voir Dire”). As I thought about collage as a way to make a point about the similarity and modularity of the way we tell our stories, I read a ton more of them. The more you start to look at something, the more you start to see it everywhere. And once I read a bunch, I had to read more to make it a better sampling. Still it’s only a tiny fraction of the memoirs out there, of course. I keep reading bits from other memoirs that I wish I could have included.

AW It couldn’t have been all bad, right? What did you take away from any of those books, in terms of either craft or ideas, that you wanted to incorporate into Vanishing Point? Or, conversely, not incorporate?

AM Mostly it was fairly bad. There are some books in that list that I admire, of course, for structural or sentence-level decisions, or for more idiosyncratic reasons. But I found myself very, very bored with most of them. Especially when taken en masse. When you look at enough of something, even individually very interesting things, you see commonalities and flaws apparently inherent in the genre more easily. I am not a very good or patient reader, I am sad to say. The ones that held my interest longer were those that explicitly explored subjects beyond the self.

AW The essays you’ve included cover topics as varied as riding to Gerald Ford’s funeral and Doritos that taste like hamburgers. There are also several formats, from the traditional to the margin-busting to—my favorite—the large asterisk notes. How did you decide on the arrangement of essays into a whole?

AM That’s a big question and probably beyond my ability to answer it entirely (or at all) in a short burst, which is what I’m trying to limit myself to because I tend toward rambling, and the time I spend answering questions is time pulled from other projects, so one wants to approach it, like most things, with a sense of constraint. There are a number of through lines that harness and/or connect the essays in the book that feel to me very much of a book. Some of them are about games, or the instability of self and memory and story, to the appeal of the artificial, to concentricity. There are a few formal devices deployed throughout—the falling asterisks for instance, the assembloirs, elements of design, etc.—that, I hope, further that sense of wholeness and interconnectedness that I want in a book.

AW In “Solipsism,” you write about how the meaning of the essay changes as the format changes. How has the meaning changed for you as the essay stands in book form?

AM It’s become even more self-complicating and form-conscious, which I don’t necessarily think is an improvement. It seems increasingly like a monument to its own intricacy and technology, its recursiveness ossified. It feels a little colder to the touch than I’d like.

AW What is your favorite iteration of the essay thus far?

AM I prefer the digital, malleable one.

AW Any plans for another version?

AM Not likely. I’ll probably keep tinkering with the digital version periodically, partly to prove its malleability to myself, but there is that sense of permanence once it’s printed, especially in a book, that can press the life out of something. Most writers would do better to write new stuff more often than going back to revising their earlier published efforts. You can really revise the life out of a piece without realizing it. So that’s a risk.

AW The big, experimental part of Vanishing Point is its connection to your website via daggers within the text. What has been the most rewarding/surprising reaction to this bridge?

AM I’ve enjoyed seeing the things that readers type in on the site that lead to the dead end page. I built in a feature so that readers can specifically add to the Irrgarten, the garden of errors, and submit their own misdirections. Some of those I’ve been writing and adding to the site, so there’s another way in which the book is interactive.

AW In the explanation of the daggers, you admit that the idea is clunky. Do you have any super-vision into the future as to how you could ideally incorporate both static and dynamic text?

AM It’ll be exceptionally difficult to do until we have found our way to new technologies, better ways of fusing book and screen. I know there are flexible, almost paperlike digital screen technologies in development so perhaps that’s a way to make it function more transparently. I like the idea of reading it on a Kindle or whatever as long as words would be clickable, but then the whole thing would have to be redesigned (or undesigned, since Kindle doesn’t allow for design elements at this time, which is a paralyzing problem from my perspective). The dynamism of that digital text is important and interesting, but its instability is also extremely important to my conception of the book and how it works and flowers out into those digital spaces. But I also want the reader to feel like they can play with the book, or maybe play the book, be a little more physical and active than we sometimes are with books. And I’m just smart enough to want to figure out how to do it better. At least so far. That’s why I keep going.

AW You have a book of poems coming out in July that also has a corresponding section on your website. Was there a difference between digitizing the genres? Or is this simply another attempt at the bridge between book and web?

AM The digital site for the poetry is a very different proposition than it is with Vanishing Point. The Available World doesn’t make a whole lot of obvious gestures toward the website—there’s no daggers, for instance—so the site is much more self-contained and less referential, my attempt to offer up a different, nonlinear, reading experience for the poems. There are some images on there, and there are a lot of clickable spaces to work through. A number of the poems that were edited out of the book appear there too, and a longer (for me) sequence on Icarus which was written specifically for that space. I’m particularly pleased with how that worked out. I am thinking about trying to do a physical object that would encapsulate some of the Icarus stuff, but at least one of the poems is extremely dependent on the space it’s in right now and resists being pulled out.

AW Lastly, any hints on what might come next?

AM I don’t know what’s going to be published next, but I’m conceptualizing/working on two things now: one’s an app for the iPad and maybe for Google’s Android. The other’s a novel.

Ander Monson’s Vanishing Point: Not a Memoir, is available from Graywolf Press.

Amy Whipple is an MFA student at the University of Pittsburgh and blogs at amywhipple.com.