Beyond This Point Are Monsters by Alexandra Gauss 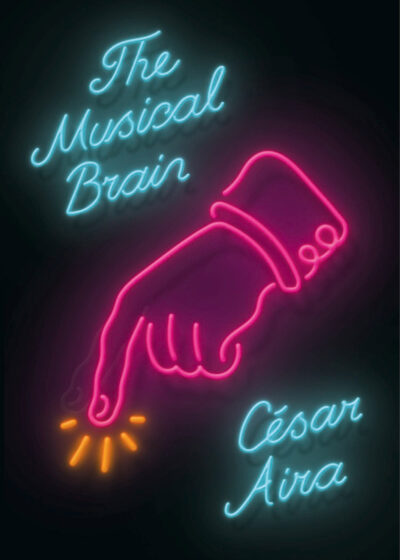 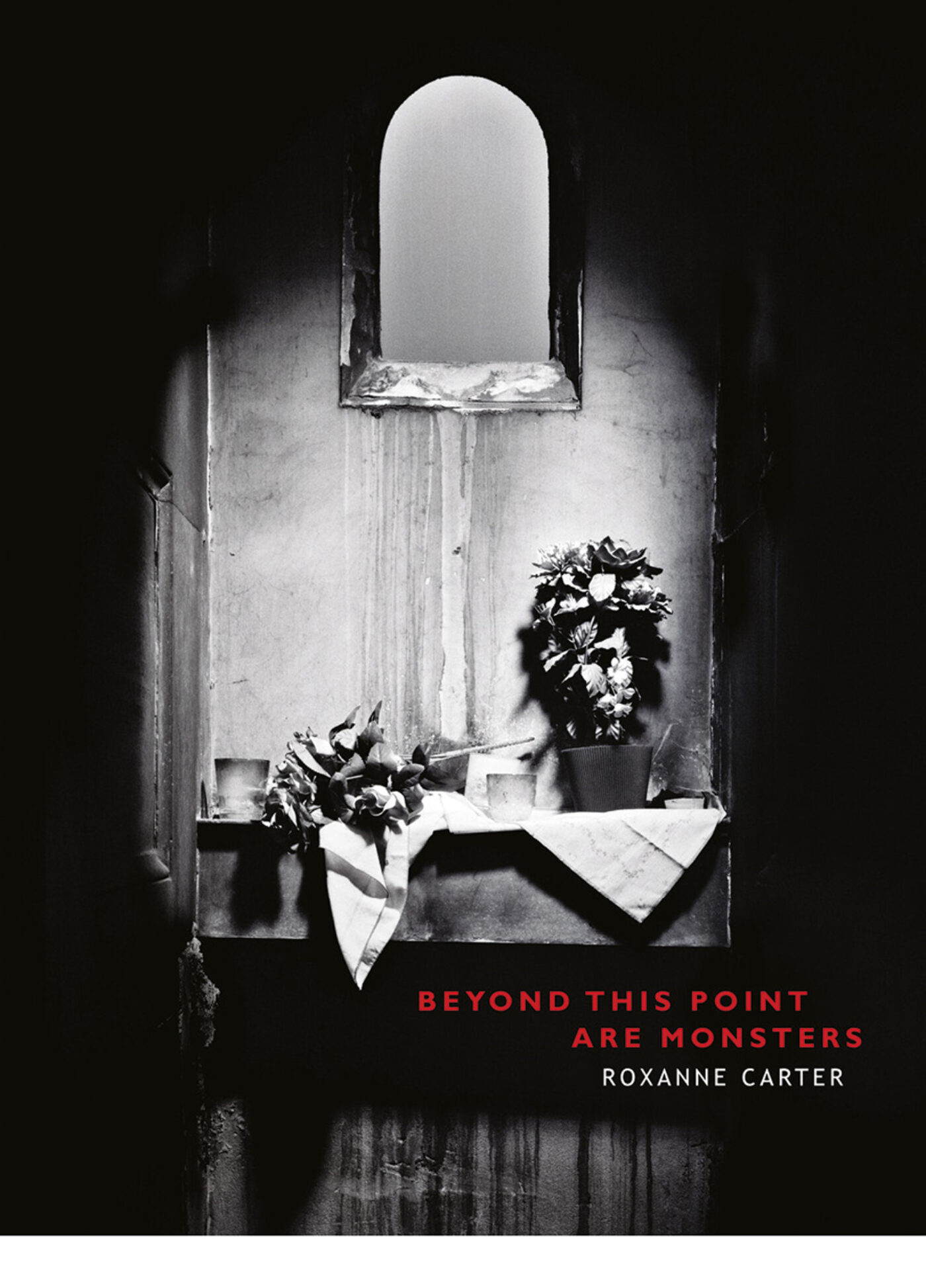 I will boldly let the Gertrude Stein in me (there is one in all of us) describe the scene she invariably has her back turned to: two women are two women are mother and daughter and nearly bare there is a nice thing to say then that this “is only the appearance of difference.” So is the point of Roxanne Carter’s Beyond This Point Are Monsters, or one of the points in an infinite plane of points. Perhaps after more thought it’s only a minor one. But what lies beyond that? The title would have us answer: “monsters.” Carter might say: “television.” Her novel is divided into episodes, each with five scenes marked by their corresponding decimal point. It’s structured like a mathematically formulated TV script, or, say, like a blueprint of a house. But this is just the screen, the first stage of the plan. The show is not broadcast on a flat channel cascading us with that weird blue light as we sit removed in a tufted recliner, but it acts as a doorway into rooms of a house rendered carefully with air’s fingers—the same air I think Monet talks about when he talks about painting bridges, or rather not painting bridges but the air around them. It’s the air we are after here, the space that the walls enclose, “they make the shape that is needed, and receive.” They are a womb and everybody there (I can’t help myself) has a womb of her own. Carefully and suggestively the two women emerge to us living in their house by the sea. They observe their world of curved shadows sometimes straight into our ear, sometimes seemingly through a narrator. Or, is the narrator a camera that lies, that adds ten pounds, that distorts our perception and makes small rooms look large, short people tall, and orange lipstick more mauve colored than is technicolorly possible? The narrator as camera defines itself as “light at midnight” but its ability to define the characters is filled with self-doubt. If a camera can know it’s a camera, can it also know what it captures?

The daughter, the mother, and the narrator form a triangular vision. They observe themselves and one another, not always as tenderly as we observe them. And yeah, so there we are, the readers, observing it all and often forgetting there is a narrator. We forget about lenses and cameras and the self-doubt that window-like observers have. We think we are the window, and somewhere along the line we realize that we turn that triangle into a pyramid, into a three-dimensional object. We walk through all the doorways and become a part of the show—though voiceless, line-less, soliloquy-less. We are caught in a space between flat surface and tunnel, of shadows and spotlights, desire and shame, mother and daughter. Though surrounded, we march in a realm beyond words, where air is a poet not personified yet. The world is transformed through the articulation of it, through observation, yet what we see is what it feels like to listen and it becomes hard to tell the difference between our own creation, what we observe, and what was a part of us but is now seen from without. Isn’t this what TV is all about? I often relate to the camera-narrator when it says, “there is more than i can see.”

Alexandra Gauss is a writer and BOMB’s editorial assistant.

César Aira's The Musical Brain: And Other Stories by Ryan Chapman