The Tantrics said the forces of creation and destruction lay in the binding and unbinding of a woman’s hair. The Syrians said a woman who combed her hair on the Eve of Holy Sunday consorted with werewolves. The Slavs said the vili, or female spirits, hid in the water and made rain by combing their hair. The Scots said women should refrain from combing their hair at night when their brothers were at sea, because that could raise a storm and sink the boats. In Laos, the wife of an elephant hunter was forbidden to cut her hair in order not to sever the ropes restraining the elephant. The Navajo prohibited a woman from washing her hair while her husband was out hunting lest he come home empty-handed. The Punjabi said a woman should not wash her hair on Thursday or Sunday, because “the house would lose money and people would tell us lies.” The Romans said that strands of a woman’s hair made fine strings for bows against the Gauls. Berenice, wife of Egyptian king Ptolemy III, made an offering of her hair to Aphrodite, for her husband’s safe return from war. Upon his homecoming, her hair appeared in the sky as the constellation Coma Berenice, Berenice’s Hair. One of the stars is named Al Dafirah, “the curl.”

The Wafiomi said a woman must not cut her hair for one year after her first menstruation. Before marriage, a Hopi woman wore a whorled, squash-blossom hairstyle resembling butterfly wings on either side of her head. After marriage, she braided her hair in a single plait. The Spartans said that before the wedding a bride must cut her hair short, wear the cloak and sandals of a man, and lie alone on a pallet in the dark. The Romans parted a bride’s hair with a hasta recurva, or bent spear hook, and this was called “combing the hair of the virgin.” The Turks said a bride should weave her hair into twenty to thirty braids twined with silver tinsel and attach a blue bead at the end of one to ward off the evil eye. “The hairs are Cupid’s nets, to catch all comers,” Robert Burton noted in The Anatomy of Melancholy. The Ilocano said a pregnant woman should refrain from leaving the house at night with her hair let down so as not to give birth to a snake. The Hindus said a man should part the hair of his pregnant wife three times from front to back to ensure the proper development of the embryo. In Oldenburg, women wrapped clippings of their hair and nails in a cloth and placed the cloth beneath a tree three days before the new moon as a cure for infertility. In Punjab, a woman who washed her hair and threw the dirty water over an infant in order to kill him and capture his spirit for her womb was known as gille val, a wet hair. Egyptian women buried a lock of their hair with their deceased husband as a charm of protection in the afterlife. In Mexico, women kept their hair combings in special jars, which were buried with them when they died, so their souls would not look for the loose strands and postpone passage to the other world. Victorian women wore brooches made with the hair of their deceased loved ones. Yoko Ono cut her hair after the murder of her husband, saying, “John loved my long hair, so I gave it to him.” A clipping of Princess Diana’s hair sold for ten dollars on eBay.

“But if a woman has long hair,” the apostle Paul wrote in his letter to the Corinthians, “it is a glory to her.” God wished women to rejoice in their locks “as a horse in his mane,” said Clement of Alexandria. A sixth-century commentary on the book of Genesis urged all women to cover their heads, “like one who commits a crime and is abashed by it.” Kimhit, as noted in the Talmud, bore seven sons who became high priests, and attributed her good fortune to the fact that even the beams of her house had never seen a lock of her hair. “If you despoil the most outstandingly beautiful woman of her hair … were she Venus herself … she would not be able to seduce even her own husband,” said Apuleius. The Iranians punished an adulteress by cutting off her braid, referring to her thereafter as a “cut braid.” “If a woman reveals her hair on her head she causes a different kind of hair to be revealed,” Rabbi Judah said. For every strand of hair that a woman exposes she will burn a day in hell, the Muslims said. Churchmen declared Joan of Arc apostate for cutting off her hair, and set a miter-shaped paper cap on her head inscribed with the words heretic, relapsed, apostate, idolatress. A slave, raped by her master, had her hair cut off as punishment by his wife. A slave master, angry about a slave’s pregnancy, took a pair of shears to her head. “Long hair, short intelligence,” said the Turks. In Cuba, María Hernández fled to the Marianao police station because her husband vowed to beat her to death after she cut her hair. “Bobbed Hair Leads to Suit for Divorce.’’ “Shocked Husband Shoots Himself when Wife Bobs Her Hair.” “Girl Bobs Hair, Mourns Tresses, Jumps in River.” “Mussolini Now Wars on Bobbed Hair.” “Does Bobbed Hair Interfere with the Efficiency of the Student Nurse?” “Bobbed hair is a state of mind,” said opera singer Mary Garden, “and not merely a manner of dressing my hair.” Frenchwomen accused of “horizontal collaboration” with the Nazis were subject to public head shaving. A secretary in New York, her hair shaved off by a jealous wife, was awarded $117,500 in damages. “Hair is women’s life,” according to a Japanese proverb.

Antigone boasted her hair was prettier than Hera’s, and for this she was turned into a stork. The poet Menander said that a woman with dyed yellow hair was unchaste and a lazy housekeeper. The Romans sheared the blond hair off German slaves to make into wigs. Cyprian, bishop of Carthage, said that a woman who wore false hair committed a sin more grievous than adultery. Madame Lauzun’s favorite hairstyle was a headdress of natural and artificial hair, topped by ducks swimming in the sea, next to scenes of hunting and shooting, held together by beef marrow and stuffed with wool, tow, and hemp. A sixteenth-century history of witchcraft maintained that women with yellow hair were more frequently visited by incubi. To honor the king’s smallpox inoculation, Marie Antoinette’s hairdresser created the pouf a l’inoculation, featuring a rising sun and an olive tree with a serpent entwined around its trunk. German women drank beer and cider to increase the crop of their hair for harvest. The Seven Sutherland Sisters, who toured with Barnum and Bailey, had the Longest Hair in the World, a combined thirty-six feet, ten inches. Former slave Lucy Key used a hairbrush called a “Jim Crow” that “mortally took skin, hair, and all.” The Nazis sent the shorn hair of Jewish women to Bavaria for the manufacture of felt. Marilyn Monroe used a shade of hair dye called Dirty Pillow Slip. Alfred Hitchcock said, “Blondes are the best victims. They’re like virgin snow which shows up the bloody footprints.” Manibhen Yashwanthpur prayed to the Hindu god Lord Venkateswara for her husband to stop beating her, and later, when he desisted for a month, she went to the temple in thanks and offered her hair as a sacrifice. The impoverished wife of a Burmese political prisoner sold her hair for the equivalent of twenty dollars. My mother, voiceless and dying of thyroid cancer, wrote a note before treatment saying, They are going to wrap my head in cold ice packs to help preserve the hair.

Peggy Shinner is the author of You Feel So Mortal / Essays on the Body (University of Chicago Press, April 2014). Her essays and stories have appeared in The Southern Review, Colorado Review, The Gettysburg Review, Daedalus, TriQuarterly, Alaska Quarterly Review, Fourth Genre, Bloom, and other publications. As a trained martial artist, she taught Seido karate for 17 years. She lives in Chicago with her partner. 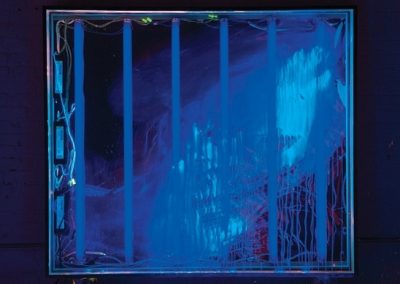 Lauren Redniss holds tight to details. Her new graphic biography Radioactive: Marie & Pierre Curie: A Tale of Love and Fallout is out now. 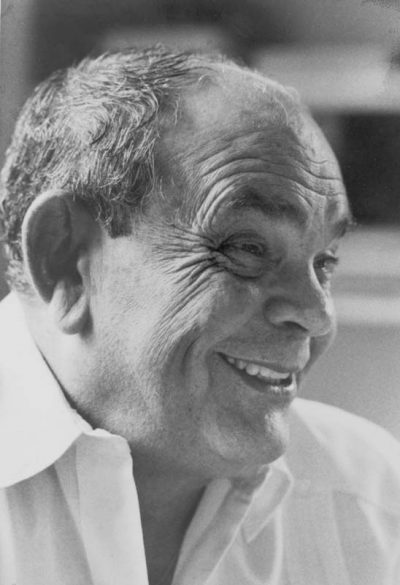 Cuban writer Antonio Benítez-Rojo is best known for his monumental study The Repeating Island: The Caribbean and the Postmodern Perspective (1989).