Below the Brain by Alec Meacham 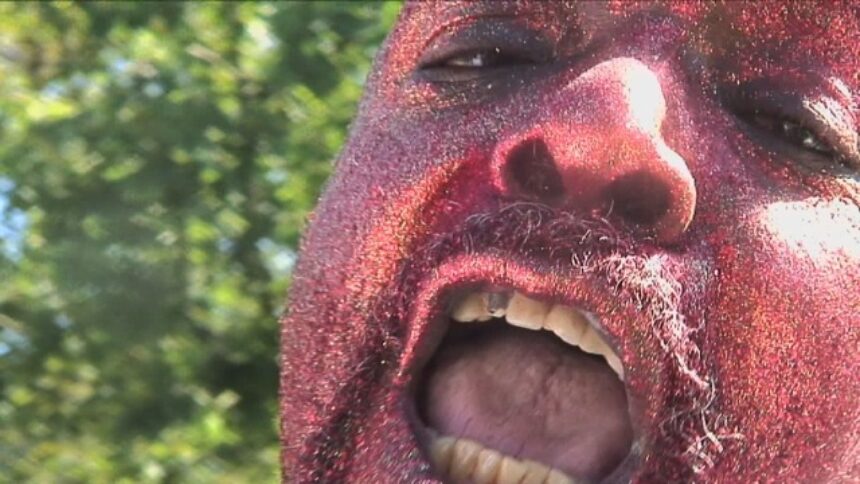 All stills below from Below the Brain, assembled by Sam Fleischner and Tony Lowe.

I’m not a big fan of the word visceral. Most times when I read it, I find myself cringing. It’s a great word, almost onomatopoetic in a strange way. But too often I feel like people don’t know what they’re saying when they’re using it. Most often I think the word gets used for a highbrow-sounding version of something intense or affecting. But those words are broad, nonspecific. When you see a good movie, hopefully you’re always intensely affected in some way.

But visceral is something different, and I like to think that Sam Fleischner and Tony Lowe, the assemblers (read: editor/director) of the documentary Below the Brain, have explored its meaning a little more deeply, if not on a conscious level; as visceral is, in fact, exactly that—below the brain. It is of, or relating to, the organs of the body cavity—liver, kidney, heart, and so forth. A punch in the gut is visceral. Your lungs contracting forcefully, losing your breath, is visceral. What’s visceral is primary and immediate, and exceeds your expectations or conjectures.

The Caribbean Carnival in Flatbush, Brooklyn, is headed up by the annual Labor Day Mas Parade, a 30-hour-long romp across the Eastern Parkway and the viscera of the city’s largest borough. The carnival, brought to you by the West Indian American Day Carnival Association, will celebrate its 44th year on Monday, continuing to claim the unofficial moniker of largest carnival celebration in the United States. Fleischner and Lowe’s film premieres Thursday, the first of September, at BAMcinématek, just in time for you to steel yourself for Labor Day Monday’s events.

Below the Brain works with an immediacy that can be nearly overwhelming. The footage of the parade was compiled and painstakingly edited from four different cameras (Fleischner and Lowe in collaboration with Olivia Wyatt and Wills Glasspiegel), four separate but synchronized voyages into the fire, so to speak. There is no direction, staging, or interviewing of any sort, and in this sense, the film operates in a purely experiential mode. It is the collected, in-depth visual accounts (as well as booming, core-shaking soundscapes) that are the substance and narrative of the film. 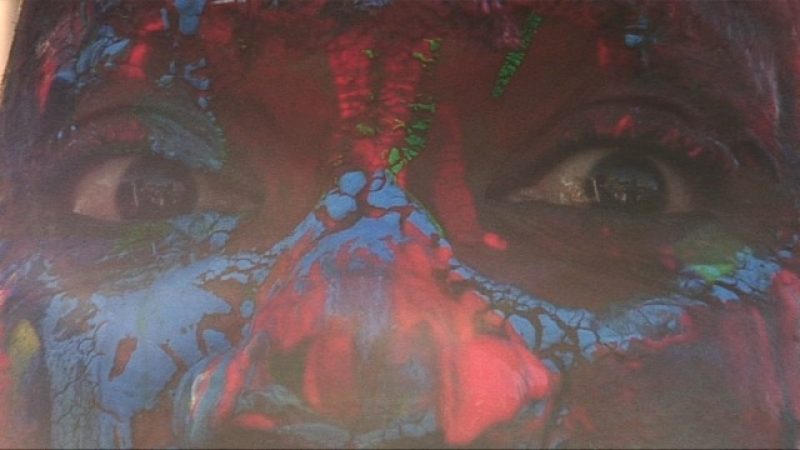 I had a chance to chat briefly with Sam Fleischner and Tony Lowe before they headed out to Flatbush to prepare for this year’s carnival. Apart from their abiding love for Brooklyn, the engaging power of the carnival seemed to define their experience.

Alec Meacham Did you go the first time and just feel that you immediately had to get a camera in there?

AM I know that in Wah Do Dem (2010) the Caribbean played a big role. Is it something or somewhere you feel connected to?

SF, TL Both of us by way of reggae music. Reggae was the portal, and food, vibes, women. We just love Flatbush and think it’s the most vibrant place in Brooklyn. Caribbean culture is awesomely rich.

AM There’s music absolutely everywhere in the film. Drums all over the place, all the time. In relation with it being “sonigetic,” how was the film structured around music?

SF, TL We treat it all as one long song, or mixtape soundscape.

AM So you’ve got audio and video from four different sources, how did you guys go about making one long song?

SF, TL It was many months of editing. The carnival is so overwhelming, and we really wanted to do it justice—the spirit of carnival is the character of the film and we were possessed by it. It really is one song, one sound ocean.

AM So getting at the spirit of the carnival—and I like this idea of possession—there’s some amazing costumes, makeup, design, etcetera. It seems like a lot of ritual (sometimes even a bit demonic?) went into it. Did you ever feel there was something otherworldly about it? 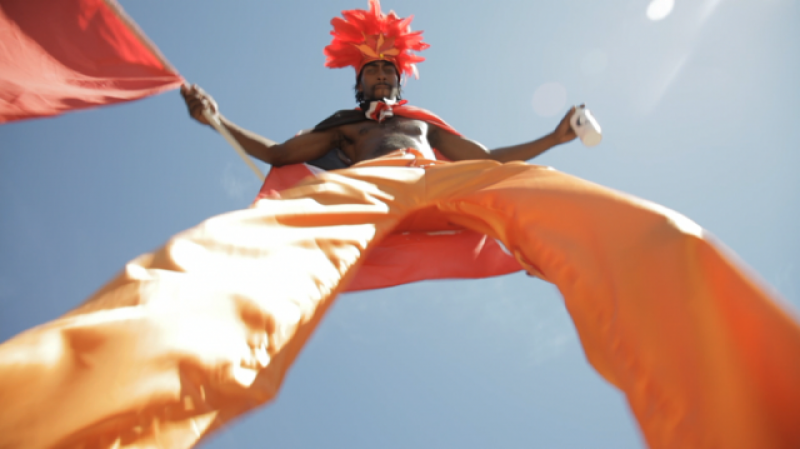 SF, TL Lots of different states of emotion, different moods largely shaped by the design of the song at that moment. Individuals are erased and there is one body of rhythm, the drums never cease and they entrance you, you dance because you dance with spirits.

AM Were the spirits bound up in the ritual clothing and costumes?

SF, TL They were the atmosphere, which was shaped by the drums.

AM The policemen were very funny to watch. They seemed so out of place, and yet they were absolutely part of it.

SF, TL They have a huge presence there. It seems ridiculous at times, but there has been gang violence in the past, so the city is obligated to stock enforcement.

AM There’s certainly a distinct violence going in, maybe under the surface. Can you tell me a bit about the fire that returns a few times?

SF, TL Fire is a crucial element in the quest of letting go.

AM The use of light is pretty amazing at the carnival. At night with the artificial glowing everywhere, and then the almost harsh morning light. Was this something that played into how you filmed?

SF, TL It’s also a diaristic chronology. We went for a keen awareness of how light orients time. Light is the counterpart to sound, which completes cinema, and through that we wanted to convey our experience shooting for 24 straight hours. I hope that makes sense.

The film opens at BAMcinématek on September 1st at 6:50 PM and continues with showings at Spectacle Theater. Check out the film’s home site here.

Alec Meacham is a writer and critic living in Manhattan and Baltimore. 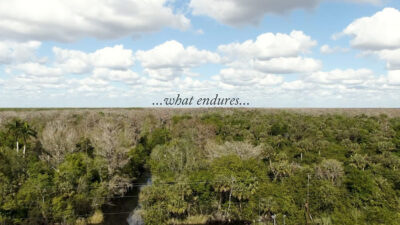 Winning and Losing: Bladee and Mechatok Interviewed by Alexander Iadarola 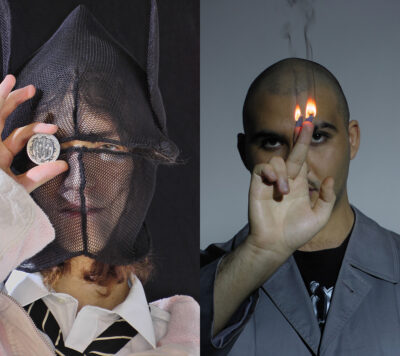