Apr 1, 2007
Facebook Twitter Email
The Good Farmer and the Bad Farmer, A Story of Woodchuck by Ted Pelton

The tiger had to be given a person’s name. Seeing as he could speak, that he expressed himself correctly and properly, it would have been impolite and even an affront to call him by the name of his species or, even more humiliating, name him like a dog: Scout or Rex … . So, it was agreed that he would be called Belisario—Belisario Martínez.

His secretary knocked on the door of his office.

“Do come in,” an affectionate voice replied.

When the secretary entered, Belisario was at the typewriter. Of course, he was not wearing men’s clothing; rather, he was as he had entered this world: dressed as a tiger.

The absence of men’s clothing was all that distinguished Belisario from a human being. Sitting properly before the typewriter, he resembled a business magnate or a political figure. It would not be an exaggeration to compare him to a writer, but only with one of the greats, those who write immortal pages.

Belisario was typing a letter to the Shah of Persia on a delicate sheet of mauve-colored paper. In this letter he begged forgiveness for being unable to attend the garden party that the monarch would host shortly for a famous Chinese contralto who was touring his lands.

“What do you think of this phrase, Rosalía: ‘Words fail me as I endeavor to thank Your Majesty for this gracious invitation.’ Do you think it is sufficiently cordial?”

“I think it sounds quite appropriate, Mr. Belisario. It’s a very flattering phrase.”

“You put my mind at ease. I was worried.”

He looked through the picture window behind him. He sighed.

“This twilight reminds me of the same time of day in my country.”

“Which is your country, Mr. Belisario?” Rosalía asked timidly.

Her question brought a smile to his face. Then he revealed an impressive row of teeth, pearly white eyeteeth and molars, so sharp that Rosalía shuddered. A surge of terror flashed in her eyes.

“My country is Bengal. That is where I was born, and I now barely remember when it was that I came to Havana or who brought me. It must have been when I was two years old, more or less. No matter. Now, with ten years under my belt, I feel myself to be at the prime of life.”

“Your parents are Bengali?” Rosalía dared to ask.

“Born and bred in Bengal,” Belisario replied, sighing again. “They died in a hunt organized by our maharaja for the king of England.”

He sighed deeply, but offered no further details regarding this family tragedy. He was visibly moved, so much so that Rosalía had to bring him a cordial.

Belisario, after brilliant studies at the University of Havana, was lucky enough to become, through marriage, a member of the family of Benito Conde, an affluent yachtsman. Natalia, his daughter, found Belisario’s feline charms irresistible, and three months after meeting him, they were married. As was to be expected, Benito provided his son-in-law with the means to quickly become wealthy. Belisario became a millionaire.

The day after the conversation with his secretary, Belisario, in the company of his wife, attended a children’s party. The children adored him, partly because they saw him as kindness personified, and also because of a child’s instinct that led them to understand that he could be their Santa Claus any month of the year. Seated in a lounge chair in a sort of apotheosis, a child in each arm, three on his knees, and a swarm of children at his feet, he was the very picture of the kind father.

His wife adored him as well. She found nothing tigerish about him apart from his anatomy. She would flatter him by reciting Blake’s poem about the tiger. And, in truth, Belisario had ample cause to feel flattered, listening to those immortal lines from the lips of his wife, a woman who wasn’t a tiger in the least. It is, without a doubt, uncommon to see a tiger listen with delight to lines of poetry concerning his own animal nature, a description of himself.

Such loftiness notwithstanding, many people wondered whether Belisario might not be a man-tiger, what Calderón defined as “an amalgamation of man and beast.” Some went even farther—and their speculations panicked them no end—stating that Belisario was a beast whose humanity was borrowed, a kind of reflection of people’s desires. That his love for children, for his wife, his expressions and refinements were nothing but a supplement to his true and sinister nature. If one fateful day this specimen of human magnetism were to slip his hide, the perverse animal he carried within, magnificent and bloodthirsty, would emerge.

Someone suggested a supposedly foolproof test to determine Belisario’s true nature, involving Natalia: get her to provoke the tiger, causing his viciousness to reveal itself. While this would inevitably result in the dismemberment of the beautiful Natalia, the tragic confirmation would prevent the sacrifice of many lives. The scheme was never carried out. Not only would it have resulted in unnecessary tragedy and misfortune for two individuals who loved each other tenderly, but it also turned out to be a very difficult mechanism to set into motion: Natalia could never become a tigress, nor would she ever agree to participate in such an investigation.

While Belisario’s true nature never was revealed, the terror that infused his duality was known for certain. He came to represent, within refined society, a glimpse of primitive terror, a glimmer that was a warning. And naturally, the anxiety of a few became the anxiety of everyone: they found just this glimmer in Belisario’s yellow eyes.

And when he embraced them tenderly between his claws, they had the horrible sensation that, should the tiger suddenly awake, they would be devoured.

These terrifying visions never came to pass. Belisario died of old age. He reached the maximum longevity proper to tigers: 19 years. But when on his deathbed Belisario was given extreme unction by the priest, a terribly frightening event occurred: he let out a dreadful roar. But it was too late: he didn’t have time to recover his true nature. He had just released his last breath.

Mark Schafer is a literary translator and visual artist who lives in Roxbury, Massachusetts. More of his translations are available on his website, marksonpaper.us

Virgilio Piñera (1912–1979), a Cuban author who wrote in virtually every form, was a master of the short story and perhaps the greatest Cuban playwright of the twentieth century. Following a long exile in Argentina, Piñera returned to Cuba in 1958, months before Fidel Castro took power. His liberal social views led to censure by the revolution, and his death was not formally recognized by the Cuban government.

A Raven on the Snow by Patricio Pron 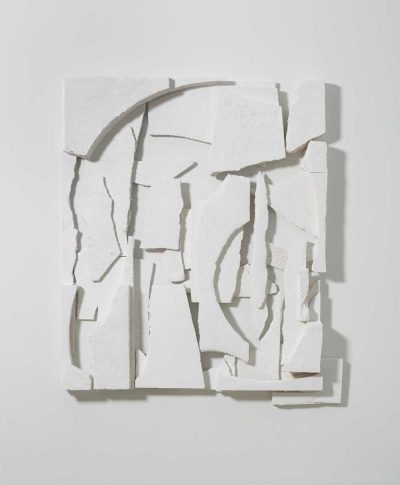 That winter the city was full of ravens.