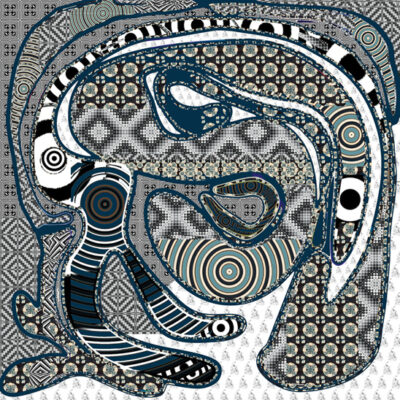 Beatriz Milhazes’s paintings are executed in a small studio next to Rio de Janeiro’s luscious botanical gardens. The local flavor found in her work comes not as much from the picturesque location of the artist’s studio, but rather through the asphyxiating quality of her complex and overwhelming compositions, which somehow translate the specific site in which they are produced. Despite the multitude of colors and figures, seemingly appropriated from flora and fauna, populating Milhazes’s canvases, these paintings are above all urban—in a very Carioca fashion. Rio’s long-held image of opulence, epitomized by its beautiful scenery, has become enmeshed with associations of the violence found in its streets. Despite the exuberance and apparent joy in Milhazes’s paintings, they are implacably serious, with more than a dash of irony. It is revelatory to discover that they are not particularly easy to live with, and more than one collector has admitted to being misled by their irresistible lure.

In fact, tropical flora and fauna, Brazilian or not, have made their way into Milhazes’s canvases through several mediating layers and sources other than nature itself—call it secondhand experience in situ. A certain tropical fruit, for example, has been appropriated from the Dutch painter Albert Eckhout (who traveled through colonial Brazil in the 17th century), and rendered in blue.

Milhazes’s painting technique itself has mediating qualities: after painting most of her figures in acrylic paint on sheets of transparent plastic, she considers different possibilities of placement and position before gluing them to the canvas. These paintings are packed with references from high and low origins, both local and international, contemporary and historical: Brazilian Baroque imagery, sixties peace signs, carnival decorations, real and invented pieces of jewelry, embroidery, and lace. Modernism is a strong source here, from Brazilian masters such as Tarsila do Amaral (the leading figure of Brazilian Antropofagia) to foreign ones, such as Mondrian (think Boogie Woogie) and Matisse (especially the cutouts). Decoration is a major concern, again with local and foreign references, from Brazilian midcentury elements (through landscape architect Burle Marx) to more international ones (such as Art Deco motifs). The melting pot of sources from various times and territories is developed further in the making of the paintings, with the different elements either maintaining their characters or losing them in the vast and articulate net of references that make up Milhazes’s particularly New World lexicon. All this through a precisely constructed composition at once tight and tense, and an elaborate play of layers which at times short-circuits the relationship between pictorial background and foreground. A painting by Milhazes is like a rare Amazonian plant, both ravishing and deceiving, full of tricks and treats; as you approach it, you may discover that it is in fact carnivorous, and above all, a creation of human imagination. 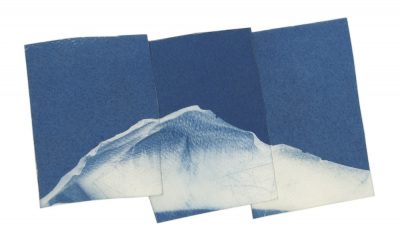