At the Moment of Destruction, You Stop to Examine the Wreckage by Laura Migdal 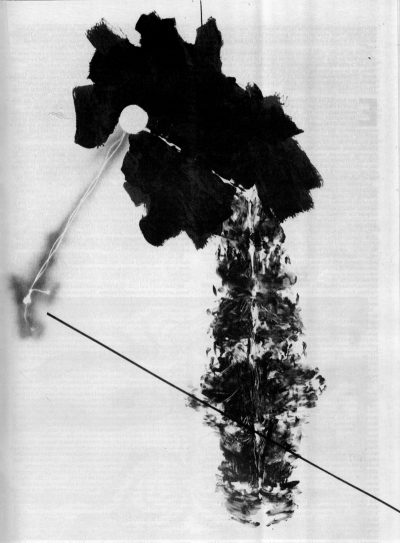 Our love arrived on a platform of the subway station at Grand Army Plaza. I was all messed up on coke and tranquilizers but I looked and felt wonderful and depraved in my pale skin and deep red lipstick. Now I am beyond the word love with you; we both left that planet an hour past our five-thousandth drink.

You’ve been sending me letters; I received your latest. The fourth in a series, this time the category is regret. I’m guessing you’re in between girlfriends and are remembering that I am the only woman you ever fucked who consistently had four orgasms in one copulative act. Remember that night in Michigan? or in the tent outside the Badlands? and how about that one sick thing against the bathroom stall wall in a restroom in Yellowstone; those poor bison didn’t know where the rumblings were coming from but we heard later of three tourists stampeded and trampled.

My darling fool. O my cherished idiot, my cruel and unusual punisher: do you remember that when you were in law school, as a joke, I called you a tortious tort-feasor, and it prompted a smack? Let’s get down to the bones of it: we both enjoyed that smack. Read that word however you want. Clearly conventional methods were not our forté.

Your smile is Robert Mitchum’s, it’s William Holden’s, that hard smile evoking a thousand forms of fuck; treasurers of the anointed, we were two evil twins, that’s how illegally illicit it was. Nowhere else have I encountered your treachery and intent.

Let me tell you this: I put you inside a plastic box, which I buried in the bottom of a metal trash can outside my building on 102nd Street. Who knows what the homeless people did with the detritus of my desire. The Indonesian wooden puppets, your black jean jacket with an old, old condom inside the front pocket, the keys to your apartment, photographs of our road trip to Wyoming.

He said he liked my mole, that when he found it, in that private spot, he had me, a piece of me. Or was that someone else. They’re bleeding together now. They’re running like swirly paint in a metal tray, even their names are blending—and their eyes—I can’t remember all the colors: hazel, blue, brown, black, green. Who had the red dick and who came too fast and who never came and who liked anal sex and who was into my breasts and who said I had a cute ass and who said I was all girl? But I remember that one, he ate spaghetti in my bed and drove to Seattle to get his dog. I thought I loved him. I thought I loved all of them. I thought I loved the one from the South who taught me how to make biscuits with Crisco and I thought I loved the one who installed art at the Guggenheim and I thought I loved the one who’d been a junkie and I thought I loved the one who was married. I imagined marrying each of them: Thanksgiving with his parents; discussions about money; our children—boy or girl, how many, what would we name them—I spent a long time on this one. But each man and our possible future withdrew, ceded, in a medley of techniques: one retreated into the freezing two o’clock night to get on the L train to Williamsburg; one stopped taking my phone calls and wrote me a letter saying he wanted his keys; one told me he had to stay with his wife; one told me he wanted to get back together with his ex-girlfriend; one moved to Chicago to be a painter; one was too scared and went to Prague; one was too scared and went to law school.

Dearest men, do you remember what we did? Do you remember our fucking and arguing, our breakfasts in diners, our nights in bars, our hours that turned from dusk to evening to dawn in a blur of cocaine and alcohol and barbiturates? You would never imagine where I am now and what it is I do. You would never imagine how I spend my days and money and attention. I wouldn’t want to tell you, it would spoil the mystique. I don’t think of you with affection or fondness. I don’t think of you because I miss you. I don’t think of you for the memories of past lives. So you tell me what it is I’m doing right now, you tell me why I am addressing you.

You’re not supposed to touch anyone after they’ve been in surgery. Only the place where I caress your flesh makes sense to me. You have broken from your efforts of trying to be a man; it’s too soon to begin your long work of hardness and containment. So I’ve broken you. So I have taken each bone and sucked it, polished it; boiled your fingers, your knuckles and joints and burnished them with my own ideas of adjustment and adulation. We’ve come to the hospital too early. We must sit in a sad booth in the cafeteria waiting for an authority to call your number to fix those hands which I made miserable with need. I asked your index finger to rule my day. I asked your ring finger to sign your life to me as if to the devil in exchange for an evening of quiet, watching hockey and getting stoned. Your thumb I sucked and said, Opposable one, forgive me, mold me, make me in your own image. Middle finger, I said, Fuck me. Blind. Do it however you want but do it here, right now on the dirty sticky linoleum—that’s how I like it, anyway, no discussion of foreplay or preparation, why bother? Just stick it in any hole you find attractive. Do that while I bind your hands with my small intestines. Do that while I rinse the knot I tie with my saliva mixed with a possible alternative. We’re in it together now. A Brueghel painting might find us in the corner, naked and untouchable.

At last the doctor comes and says, Remove the bandages. Unwrap those close knots. They’ve become infected, don’t you see? Part, cleave, sever the hands. The doctor is severe, intelligent, of course we believe him, why shouldn’t we? Anyone who’s been sick knows that comfort of authority. We understand it’s a joke; if it were funny we would laugh. The three of us circle the middle of the examining room like wolves, or vultures, unopinionated and instinctive. I’ve not forgotten the last time we were truly interested in consecration. I’ve not forgotten a beach on Puget Sound, a tent on Mount Baker, a small old bed in Vermont. Don’t let him take you away without asking for a receipt: it’s tax deductible, this suffering.

All the men have gone. The party is over; there are empty bottles of Sauza and Cointreau and Bushmills; ashtrays, cigarette burns, stains. You are alone in the ruin, stepping your way over a blue piece of your soul abandoned by one man; a red vein of your heart pulled out by another; a yellow coil of your thought stamped on by a third. You arrive upstairs, wanting only to sleep, and he is there, in the bed, desiring you.

You want to tell him it’s wrong. You don’t know him. He is a repeat, a copy, a replica; someone you’ve known before, fucked before, sucked before.

Don’t be offended, you say. You still want him. You’ll still strip and tie his wrists together with your panties and shove his cock into you like a key into a lock. So don’t worry, sweet thing: We’ll fuck; you’ll get what you came for.

A few weeks later, drunk and stoned, you will call him and weep into his answering machine. You’ll do this several times, enough so that your dignity sadly peels off your skin and slides down your legs onto the sidewalk. You will go to his apartment and sit on the stoop across from it until you see him walking in or out and monitor who he is with; you will find out the name of the girl from a friend of a friend and you will call this girl repeatedly, hanging up when she answers. Your pride will float over the Brooklyn Bridge and spiral toward the ocean; your self shattered by your own making, six million pieces of you splintered and strewn down Broadway in shards of painful memories.

You are left in a room full of emptied things. You’ve studied every crack in the wall, tear in the sofa cushion, ringed mark on the end table made from a glass full of something destructive. These are your companions now. There is no phone number to dial, no person to reach, no desire to be satisfied. You have arrived, at last, in your element: a void littered with the remains of what once might have been love.

Laura Migdal was born and raised in New York City. Her prose and poetry have appeared in Other Voices, The 13th Warrior Review, gestalten, and is forthcoming in the e-zine The Doomed City. She has been awarded numerous writing residencies, most recently at the Ucross Foundation. She lives in New Mexico.