Artificial Intelligence, or, the Creatures of Prometheus by Roula Seikaly

Has our insatiable appetite for technological innovation doomed us to a world without humanity? 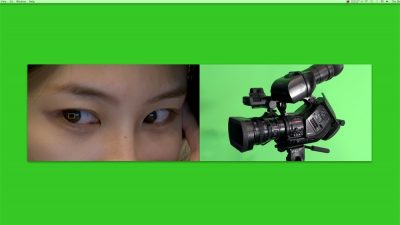 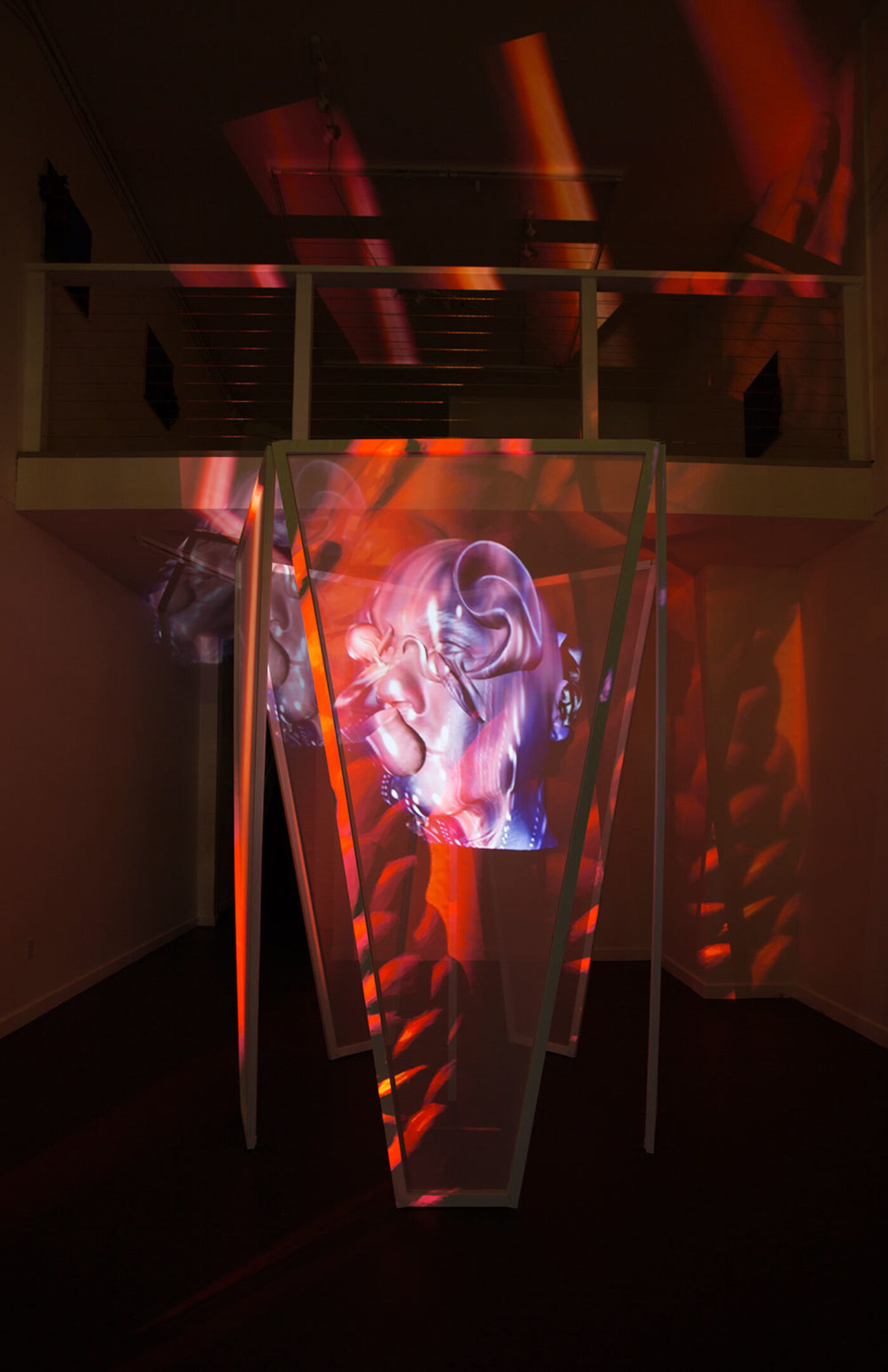 According to Greek mythology, when Prometheus stole fire from the gods and gifted it to humans, Zeus condemned the thief to eternal punishment, not the earthly mortals who benefitted from the crime. At first reading, the myth imparts a lesson about theft and its consequences. When considered critically, fire and its application represent independence and a creative power separate from a superior force. In other words, the myth of Prometheus is an extended metaphor about civilization’s growth. Over a millennium, philosophers, writers, and artists have interpreted it as a warning against hubris and the disasters inadvertently set in motion by best intentions. Peter Wu’s Or, the Creatures of Prometheus posits profound questions about who, or what, drives civilization’s success, and what price we mortal beings may pay for fostering unchecked technological advancement.

Or, the Creatures of Prometheus follows Wu’s 2017 project Or, the Modern Prometheus, a title clipped from Mary Shelley’s 1818 novel Frankenstein. Shelley’s groundbreaking book, rightly cited as the first work of science fiction, allegorizes the danger of humans toying with power well beyond our comprehension or control. Or, the Creatures expands on both Shelley’s warning and Wu’s earlier project, suggesting that the unalloyed confidence we feel as pervasive technology shapes our lives could be what ultimately destroys civilization. 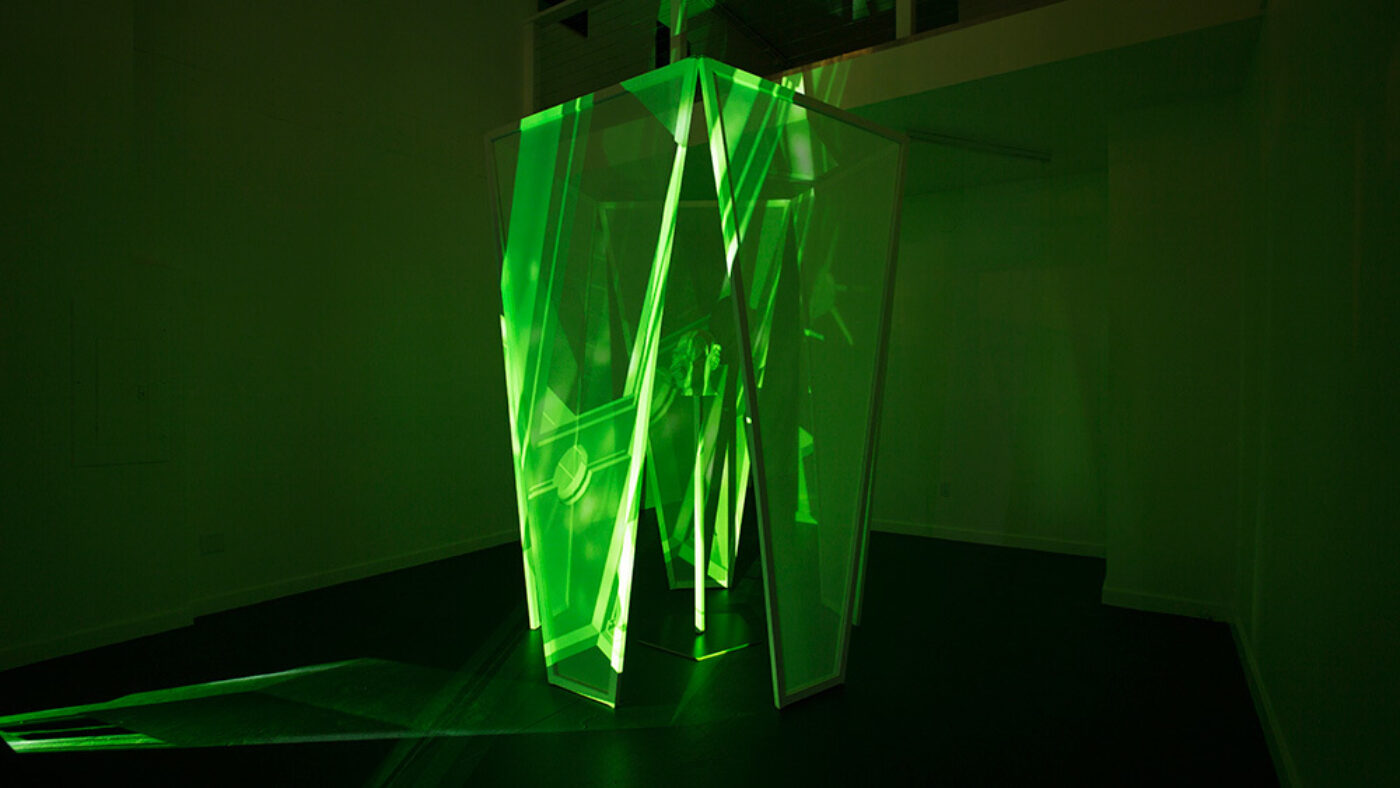 Stepping into R/SF Projects—a former Single Room Occupancy hotel turned gallery in San Francisco’s Tenderloin neighborhood—I was unsure what to expect of an exhibition that can only be viewed at night. The street-facing windows are covered by thick black construction paper that blocks out extraneous light. When the installation is activated, the viewer is witness to six minutes and forty-three seconds of dizzying visuals including a grotesquely modified human head, cascading human bones, and a guillotine blade that flashes across the gallery walls and a towering pentagonal structure supporting semi-transparent screens. The experience is intensified by a musical score so affecting, my heart pounded with rapt delight and fear. Following the green-lit steps to the second floor, wood-mounted pigment prints of a mutated human head reveal greater detail of the images flashing through the media installation on the floor below. Looking at them closely, one recognizes a human face strangled and marred by monstrous animal and structural forms. The dizzying projected visuals contrasted with the still images sets up a satisfying visual comparison. Confronted with a mutating physiognomy, it is as if we are watching our own degradation take place in slow motion.

Wu’s work with technology vividly illustrates the context through which we relate to our creations, in this case driven almost entirely by media forms including literature and film. Much ink and celluloid have been dedicated to the hopes and fears surrounding artificial intelligence (AI), often suggesting that we have nuanced perceptions. Yet AI is typically treated in extremes: either a mortal threat to humanity that must be defeated—The Terminator franchise (1984–2019) and Deus Ex Machina (2014) illustrate this—or, as Spielberg’s A.I. Artificial Intelligence (2001) suggests, AI is childlike and unable survive without paternalistic attention. AI represents a non-human Other with the potential to destabilize our biological superiority. Unlike these cinematic examples, Or, the Creatures does not visualize the threat AI poses. Instead, and with a nod to Shelley’s subtle observations of state-sanctioned violence during the French Revolution, the installation envisions a violent alienation from the technology we simultaneously loath and adore. Wu’s use of the guillotine blade references Shelley’s dread of the mechanistic nightmare brought upon the French masses. Though it was regarded as a quick and humane execution, the guillotine separated the executioner from the condemned. By eliminating direct contact, his hands and conscience were clean. Contemporaneously, the guillotine represents “humane” machine death by drones and “smart” bombs released on faceless masses in twenty-first-century warfare. Wu’s Or, the Creature of Prometheus is an elegant and staggering commentary on how complacent we’ve become about technology and its potential. 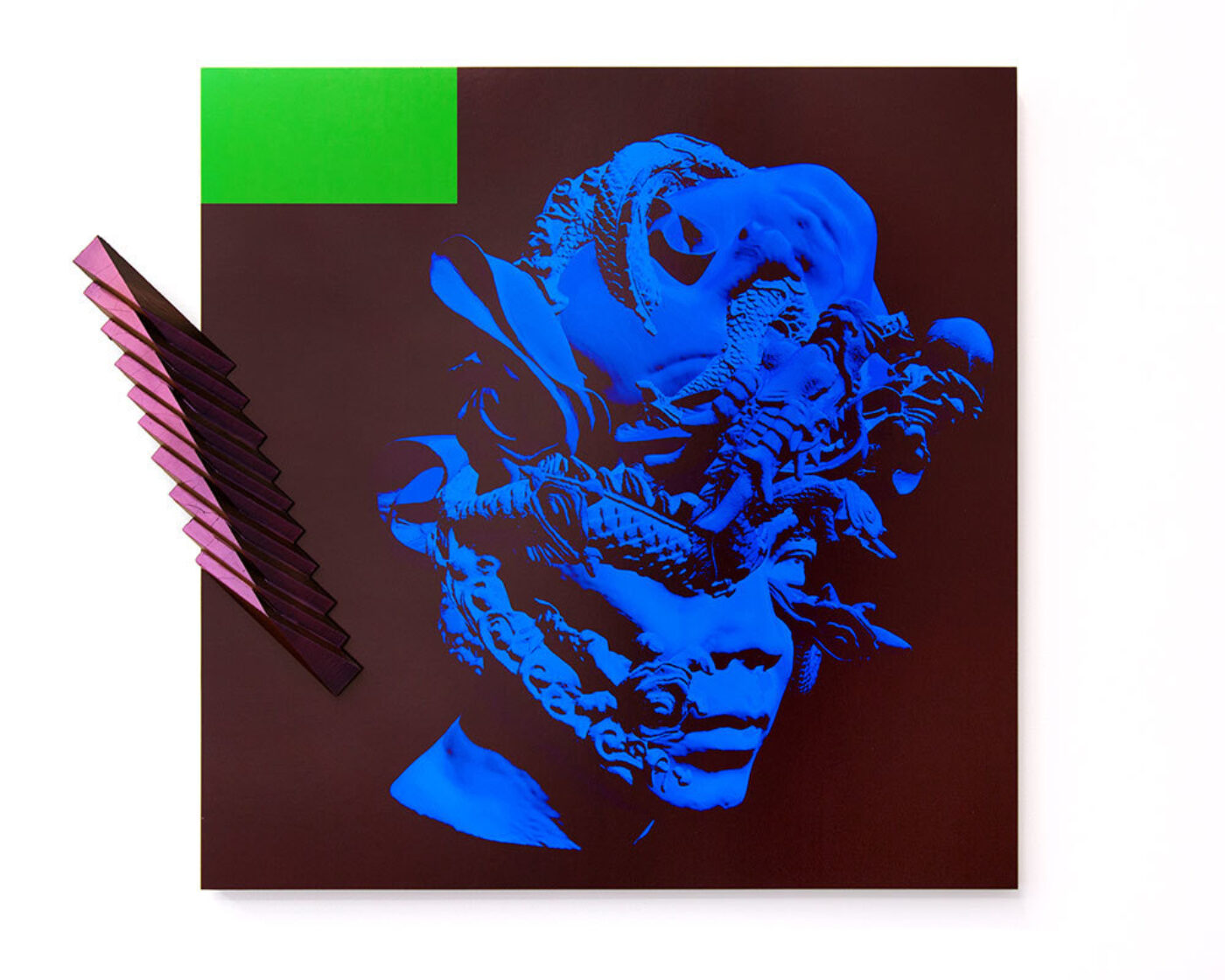 We are Prometheus’s creatures, but not the innocent, clay-footed creations on whom he took pity. Like our mythical forbear, we’ve enabled technological growth in the name of advancing civilization. Our fate is not captured in a cinematic vision of a machine-ruled world that brutally subjugates or kills humans. The bleak future—one in which the technologies we’ve proudly created, that we’ve long imagined and dreaded—is already here. The technology we court and reject with equal zeal has outstripped our ethics and humanity. Our fate is the present, and it demands a reckoning unlike any humankind has faced.

Peter Wu: Or, the Creatures of Prometheus  is on view at R/SF Projects in San Francisco until September 23.

Roula Seikaly is an independent art writer and curator based in Berkeley, CA, and Senior Editor at Humble Arts Foundation. She is a contributor to Aperture, Photograph, Exposure, Strange Fine Collective, and KQED Arts.

The Ecstasy of Time: Reframing the Medium of Knowing by Li Bowen 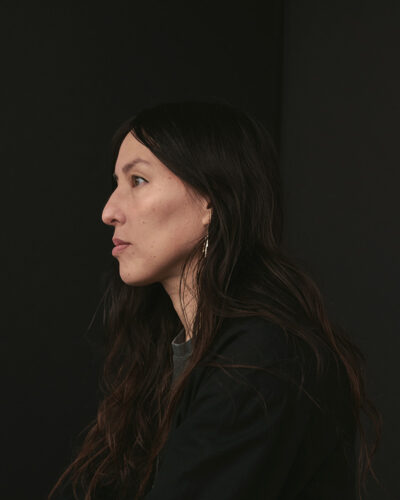 How to Resist the Algorithm: Dave Eggers Interviewed by Danny Caine 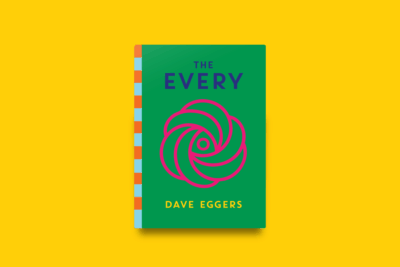 A hilarious and terrifying novel of ideas that asks: what’s the true cost of convenience?