The artist-run curatorial project HKJB favors art over concept. Their first show “Personal Abstraction” takes art away from a gallery setting and puts it back into a studio, in an effort to change the way we think about viewing and talking about art. 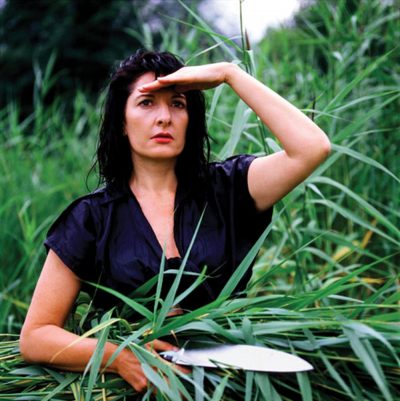 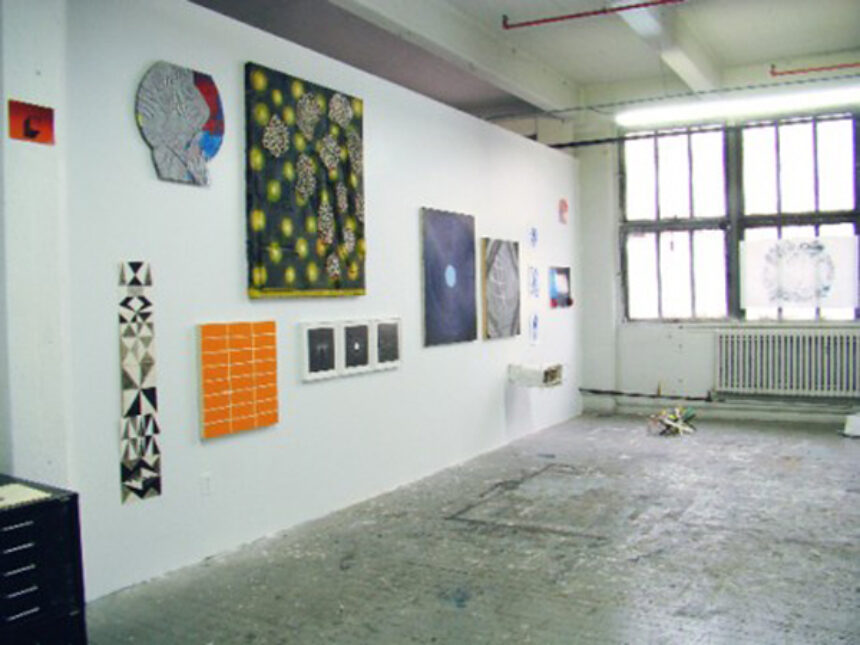 There’s a current of thought that says recessions are good for art: lean times drown out the mediocre and the mercenary, strip away the extra layers, and get us back to the basics of what it means to make good work.

A little idealistic, I’d always thought, not to mention cavalier (how many artists, organizations, and galleries are we happy to see go under in the name of artistic renewal?). And yet, HKJB, a new artist-run curatorial project in Brooklyn, has done just that: bypassed the usual gallery route and presented a show that is vibrant, engaged, and focused on art over concept.

“We really feel that HKJB is part of a new groundswell of artist-driven thinking and curatorial experimentation that has not been possible for the past few years,” said co-founder and participating artist Jay Henderson. Their first show “Personal Abstraction” was held in a studio space in Sunset Park and drew over 200 visitors to the opening reception two Fridays ago. The approaches and media were diverse, from the built-up graphite patterns of Judith Braun to Jim Lee’s painted constructions and the wobbly geometric alignments of Stephen Westfall, among others. Yet across the range of styles, there was an emphasis on the presented object and where the “personal” makes itself felt: as marks of the hand, textural oozings, subtle aberrations in a patterned field.

The themes behind HKJB have been kicking around Henderson’s head for over a year. He had a list of artists (many friends, others, people he admired from afar) that he thought did interesting work in abstraction and belonged in a show together. About three months ago, he and painter Benjamin King were working as art handlers on the Fred Worden Art truck, and the subject came up. “Ben was totally enthusiastic and had some ideas and viewpoints to add into the mix,” said Henderson. They settled on an artists-curate-artists format, and on a cross-generational approach. Said Henderson, “We pretty much decided right then to put this on.”

Much of the show’s growth and realization has spread in a similar manner, by conversation and word of mouth. “Initially we thought for this to work we would have to have a gallery or a nonprofit space to sanction us,” said King. “But … we saw really fast that we didn’t need anybody’s approval, we just needed to start asking people to work with us.” It’s networking, but of a different sort, King noted at the opening: “Instead of feeling like you’re sucking up to someone … it’s really about the work.”

That focus on the work was nicely underscored Friday by the exhibition setting, King’s studio, which they decided on using about five weeks ago. Out the window was the East River and an abandoned train platform; down the hall, more studios and the cavernous stairwells you find in old warehouse buildings. Far from the pristine white walls of a Chelsea gallery, it felt very much a creative space, where work and the conversations around it were ongoing and in process. “It’s an art context,” King noted, looking around at the crowd. “The networks and connections are all interesting. But inside these walls, it’s about the art.” What a thought—that an art dialogue be given room to speak outside of a salesroom or a trendy curatorial conceit. Another show on art and graphic design is in the works to open sometime in the next five months. Let’s hope that it feels as fresh and committed as their first.

ABC No Rio speaks to Shelley Leavitt on their renegade approach to curating and what it was like to start a gallery/social center in the ’80s Lower East Side.