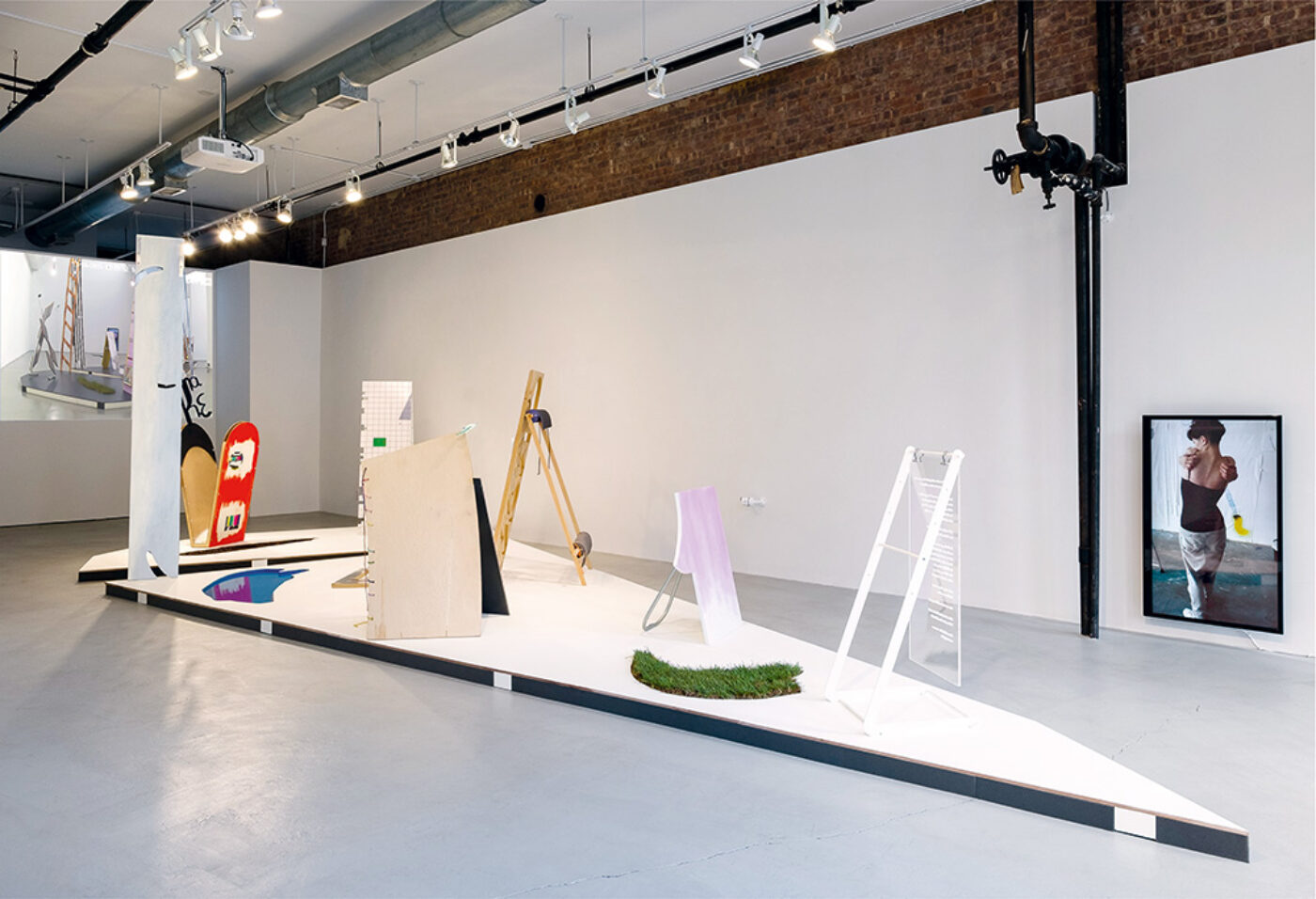 As Anna K.E. explains it, first a picture comes to her, then she completes the action. She is guided by intuition as opposed to choreography, which, one could argue, is intuition highly structured. Anna had a vision of herself standing in the window of her large Bushwick studio, adjusting her body to align with the grille of the factory-style panes. She wanted to disappear into the grid so she set up her camera on the far side of the room with her black-clad body backlit in a wide and steady frame. The resulting 15-minute video, Multiple Keyholes (2014), captures her determined traverse back and forth across the ledge, length and limbs in constant calculation of how to solve the problem of becoming one with the physical space. Near the end, the tension of her heron dance is punctured by a terrific fall. The artist comes tumbling out of the picture plane. And then she gets back up and starts to do it again. 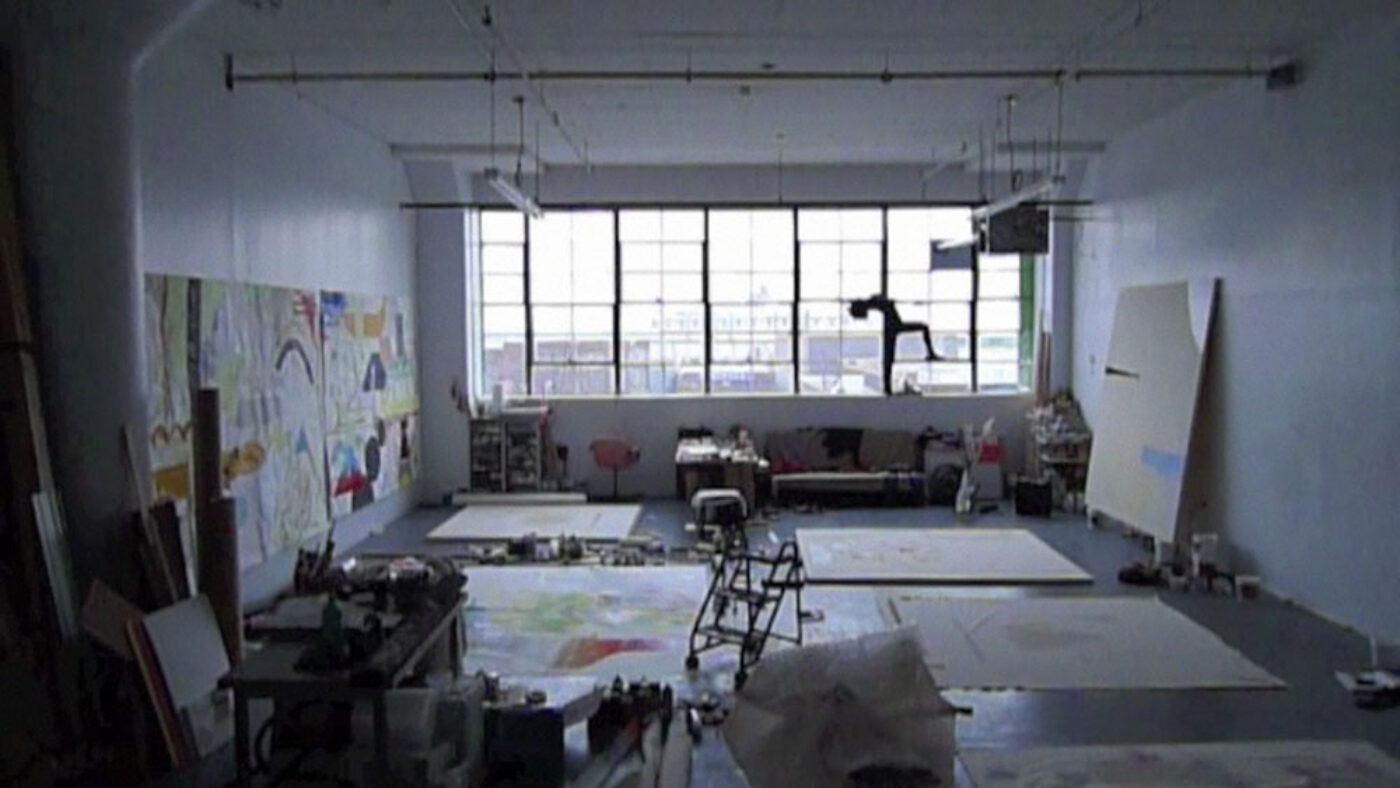 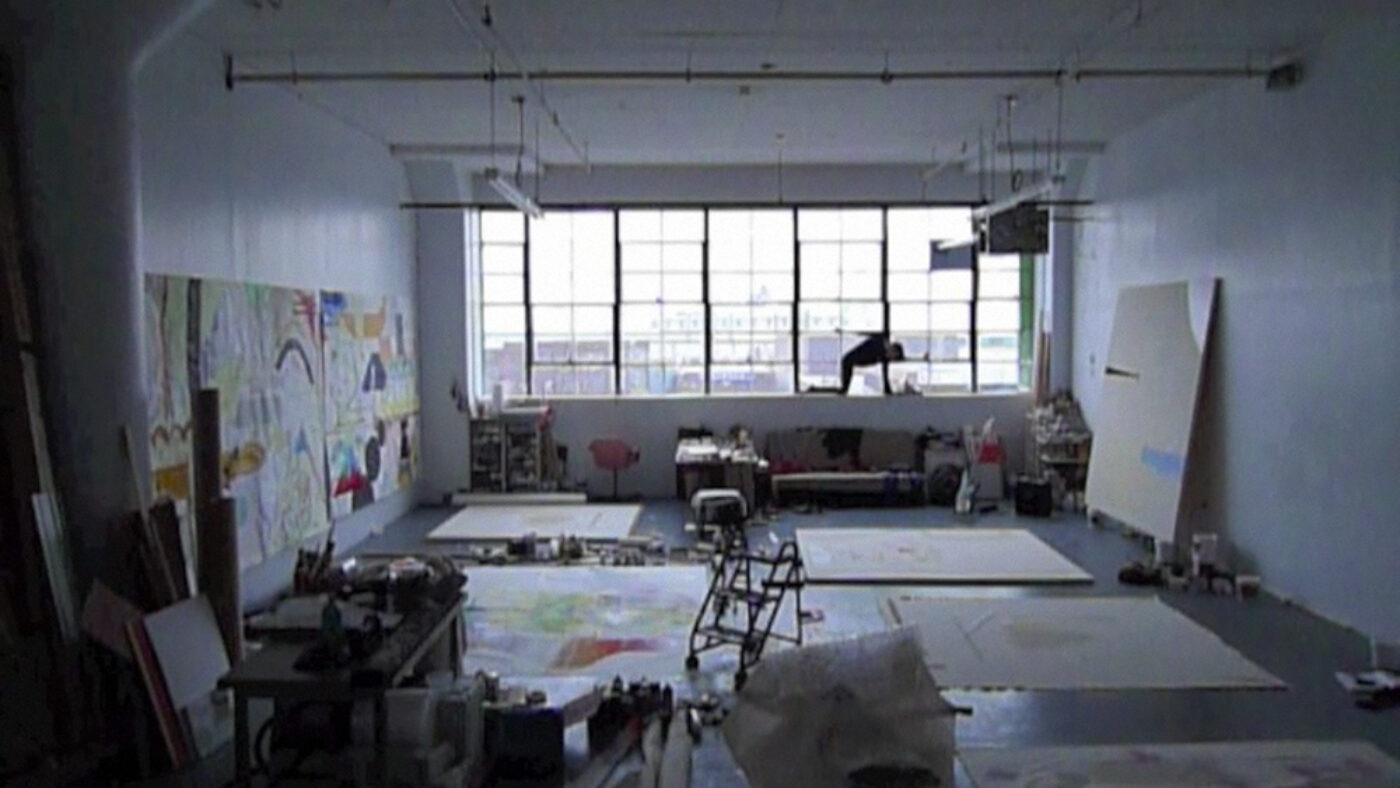 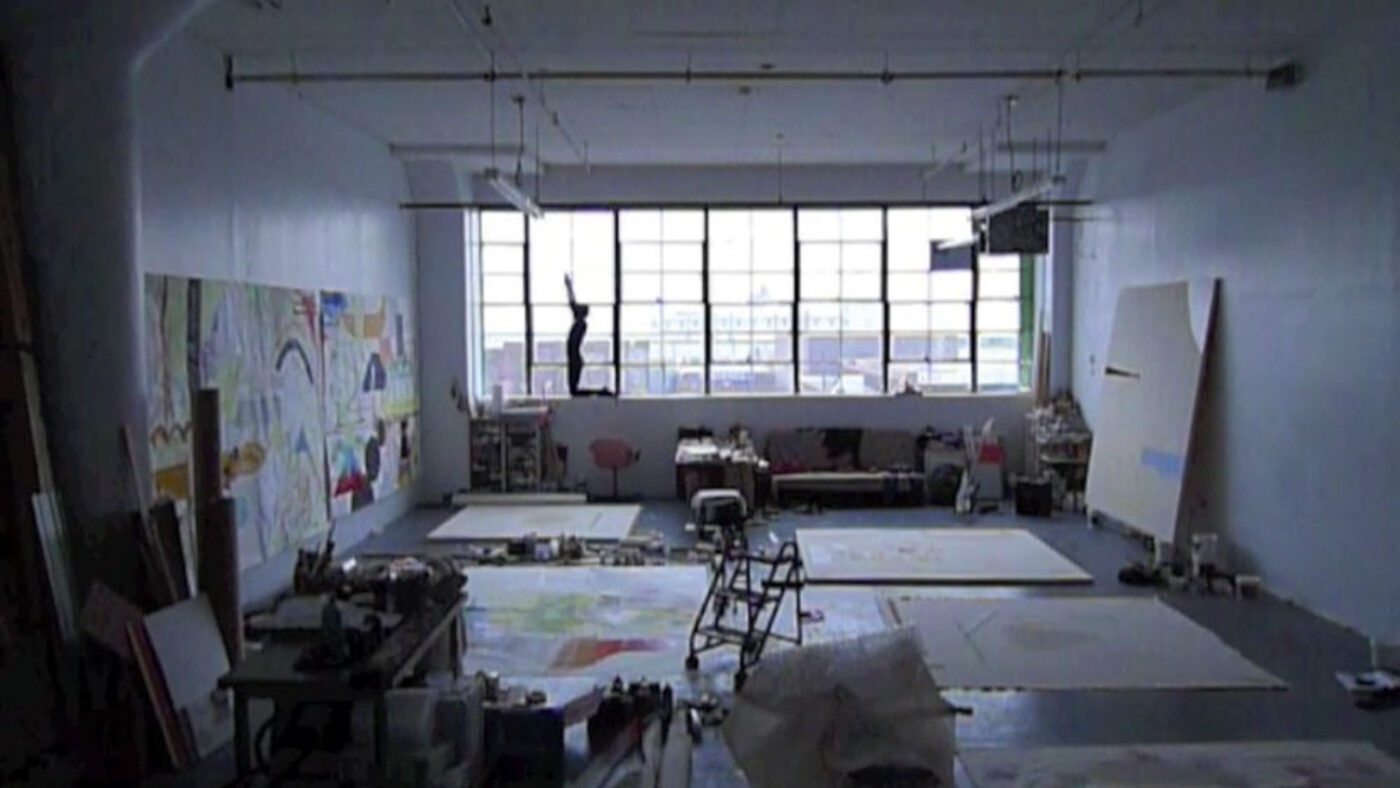 Other writers have rightly noted echoes of Bruce Nauman in the video portions of K.E.’s growing body of work, particularly his 2001 Mapping the Studio I (Fat Chance John Cage). I see resonances too of Bas Jan Ader, especially Pitfall On the Way To a New Neo-Plasticism, Westkapelle, Holland, his 1971 homage to/send-up of the tidiness of Mondrian. Operating somewhere adjacent to the cool muscularity of Nauman’s chance and the deadpan melodrama of Ader’s antics, I find Anna K.E.’s gestures on video to be even more akin to the organic gags of Buster Keaton. Like Keaton (and Ader), she is in possession of both physical charisma and a showman’s ability to commit to the scene. Like Keaton, she has a command of the inherent visual comedy of human movement in a flat world.

Videos make up a small percentage of Anna K.E.’s protean output (which, clearly founded on a dedicated daily drawing practice, spans sculpture and live performed actions). To my knowledge, the videos are rarely exhibited as stand-alone pieces but instead populate her dynamic installations as side notes or digital mirrors—portals, even, into the lyrical marrow of her deceptively approachable stage-like constructions.

Last fall K.E. presented cross-Atlantic fraternal twins of an exhibition—Teen Factory—simultaneously at Simone Subal in New York City and Barbara Thumm in Berlin. Closed-circuit cameras captured each installation, beaming constant footage back and forth for the duration of the shows. Again, reflections of Nauman’s studio coming alive in the not-so-still of the night seem inferred if not explicitly alluded to in the younger artist’s work. Each gallery housed similar yet unique scenarios: a raised platform populated by a single patch of earth, grass, and water below eight freestanding idiosyncratic “sandwich board” constructions. K.E.’s riffs on sidewalk signage comprise an eclectic array of sculptural materials (laser-cut glass, MDF, plaster, metal, wood), found objects, and the artist’s drawings. Each creature—and they are creaturely—assumes a rather anthropomorphic personality. A logic-sequence of teenagedness, advertisements, surveillance, and exhibition(ism) rises to the surface; art as a call for attention, a declaration of self, a yearning to be seen and to connect.

Corrine Fitzpatrick currently lives in Lagunitas, California. She contributes to Artforum.com, and her poetry has most recently been published in The Brooklyn Rail. She teaches in the SAIC Low-Res MFA program and was a 2014 Creative Capital/Warhol Foundation Arts Writers Grant recipient.

Gary Hill’s installations combine video, sound, and text into highly visceral experiences that incorporate the body and the viewer’s sense of place and being.