Jul 25, 2019
Facebook Twitter Email
The Following Myth of Romantic Suffering Has to be Done Away With by Kathy Acker 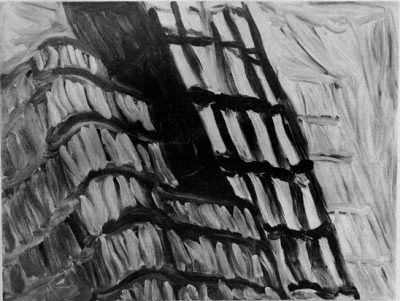 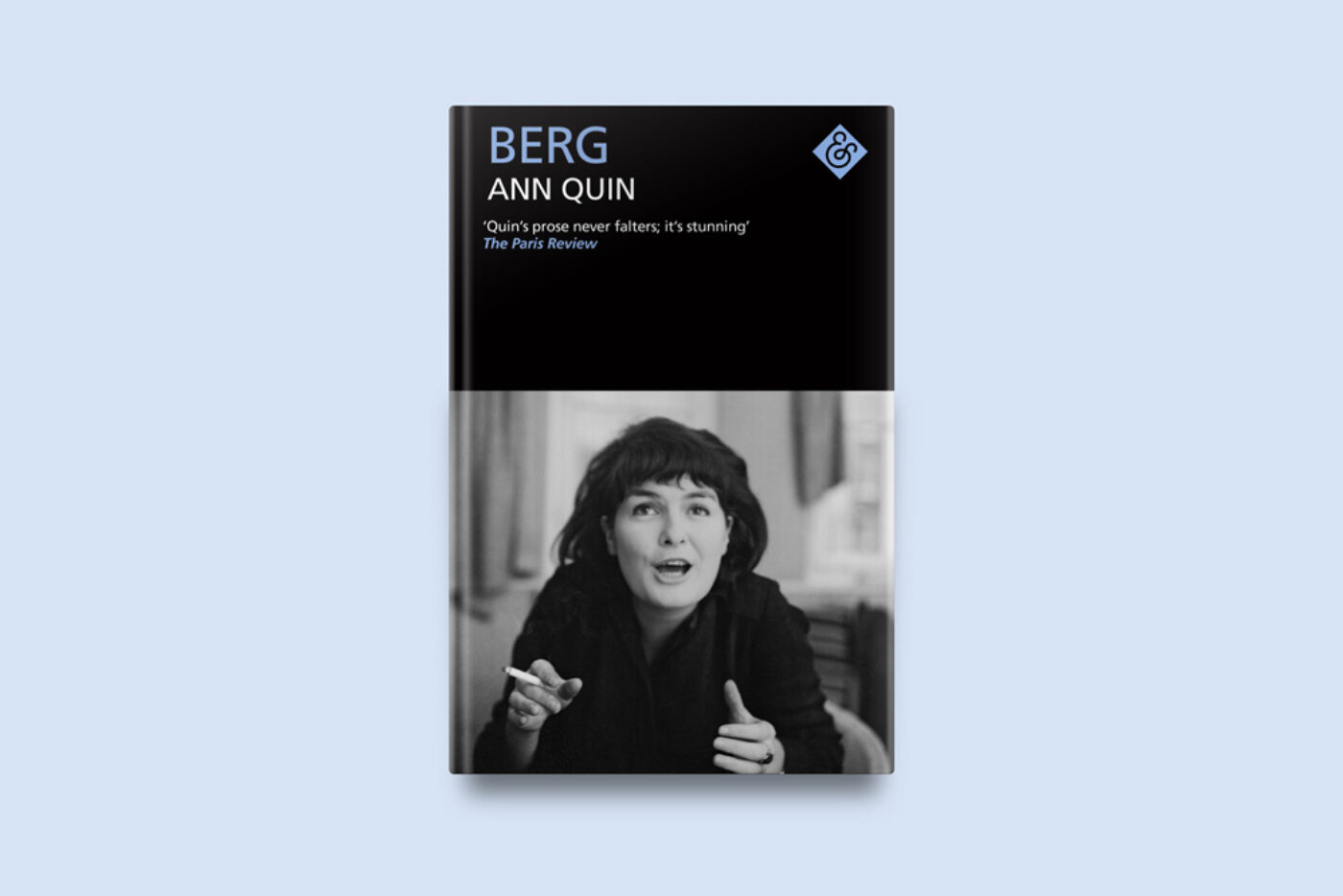 “Judge Schreber has sunbeams in his ass. A solar anus,” Deleuze and Guattari deadpan in the opening pages of Anti-Oedipus, their entertainingly unreadable attack on the institution of psychoanalysis. The German judge believed God was using light rays to turn him into a woman. His memoirs formed the basis of Freud’s influential case study on paranoia. The philosophers go on to admire how lucidly the judge explained his God-haunted orifice: “And rest assured that it works: Judge Schreber feels something, produces something, and is capable of explaining the process theoretically.”

While the counterculture psychiatrist R.D. Laing sought to deliver the schizophrenic person from the psychic pressures of the repressive nuclear family through group therapy, Deleuze and Guattari took aim at the cure itself. “A schizophrenic out for a walk is a better model than a neurotic lying on the analyst’s couch,” they quip, going on to cite Artaud and Burroughs as exemplary writers who managed to detach themselves from the herd long enough to describe the inhumanity at the heart of the human condition. Or something like that.

They would have loved Ann Quin. The British experimentalist wrote unflinchingly about people in states of extreme psychic unrest, rendering the inner lives of even her most disoriented, paranoid protagonists with precise bursts of sensation, data, and memory. Desire is the air Quin’s characters breathe, but it’s an anarchic force that never conforms to the parameters of bourgeois life (or linear storytelling for that matter). If Quin’s novels were more readily available, Kathy Acker, whom Quin is often seen to prefigure, would surely have cribbed them.

UK-based publisher And Other Stories occasioned another Quin reappraisal with last year’s publication of The Unmapped Country, a collection of short prose that showcases Quin’s singular style, vitality, and continuing relevance. The autobiographical pieces are especially vivid, and suggest what Quin might have done had her ten-year literary career not been punctuated by suicide in 1973. In that brief span she wrote four novels, each more fractured and hilarious than the next, culminating in Tripticks, a gonzo travelogue of the American West that rivals Burroughs in hallucinatory fervor.

The latest re-release is Quin’s first novel, Berg (And Other Stories), her most plot-driven and indebted to first influences: Dostoyevsky, Woolf, Beckett, Greek theater. An Oedipal farce set in a seedy British seaside resort, the book’s antihero lurches between plotting to murder his estranged father, who loves his ventriloquist’s dummy more than the son he abandoned, and trying to fuck his father’s younger girlfriend Judith, an obvious stand-in for his mother. In other words, the perfect beach read!

The writing is most vigorous when Berg’s out roaming the waterfront, projecting his mental disquiet onto the landscape: “Surrounded by many blocks of flats: square eyes, sewn-up mouths, lopped-off trees, broken glass, and my shadow dribbling round corners.” Buildings resemble disfigured faces while people are as opaque as plants and rocks. Here, as in much of Quin’s writing, impressions of the external world telegraph restless agitation and alienation.

It gets fuzzier when Berg tries to justify his criminal ambition in muddled appeals to moral autonomy that reminded me of Dostoyevsky’s Raskolnikov or the unnamed narrator of Notes from Underground. “Surely I’ve served imprisonment long enough,” Berg rants, “this, now is my birthright, the afterbirth is theirs to cope with, along with the rest of the country’s cosy mice in their cages of respectability.” We’re spared the guilt of complicity—Berg doesn’t manage to kill the old grifter who sired him and left him as a baby. To the contrary, Berg finds himself scrubbing his father’s back in a bathtub, but this mechanical performance of intimacy between father and son provokes only homicidal rage.

Quin eschews redemption or resolution, suggesting that the Oedipal drama will go on endlessly in new configurations, an unmistakably Freudian conclusion. Berg is a timely case study of a novel precisely because of the connections it draws out between male entitlement, misogyny, and fantasies of violent revenge. Berg peddles sham hair-restoring tonic for men while bemoaning his impotence (he can’t get his dick hard for a prostitute). Of all the grievances he nurses the one he finds “unforgivable” is his own insignificance. Taking a cue from his father, he views women as parasites who entrap men with artifice in order to annihilate them. Uncover any rock on Reddit and you’ll find men like Berg railing against the supposed dominance of the sex-metering female.

For a book mostly mired in bathos, Berg is never dull. Classical reversals keep things interesting, as when Berg disguises himself as a woman to escape his pursuers. He revels in Judith’s feminine drag (“the nylons against his legs gave him an almost erotic pleasure … if only the navy were in”), which he’s previously observed in fetishistic detail. In one of the dreamy flashbacks to childhood that somewhat lift the noir mood, young Berg considers his mother’s anatomy with unmotivated curiosity: “What could it be like having heavy pendulous pears strung practically round one’s neck, a triangular fur piece, blood every lunar month?” The childhood recollections lilt with a cracked lyricism redolent of Syd Barrett: “Oh yes you were singing green in a golden age, dancing by the waters’ edge, under a mosaic sky; feather-crowned, grass-patterned thighs, and seven-leagued boots, petrified mud, magenta amazed.” For a moment it seems like these glimpses of unadulterated joy might open up space in Berg’s cramped psyche. Alas, the pull of the Oedipal triangle is too strong.

Quin knew what she was getting into. In “Leaving School – XI,” one of the autobiographical pieces from The Unmapped Country, she writes: “At eighteen I went up to London to spend Saturdays with my father (he had left my mother when I was ten) and pretended he was my lover.” Her portrait of Berg is by turns appalling, compassionate, and cynically aware of the limitations of prescribed (read: Freudian) self-knowledge. It’s as good an introduction to her perverse, insurgent vision as any of her books. Oh, and it slots easily into a beach bag.

Dan Shurley is the author of the chapbook Collective Regeneration and Universal Love. His critical writing has appeared at The Collagist and Fiction Advocate. He is an MFA candidate in the University of Florida’s fiction program. 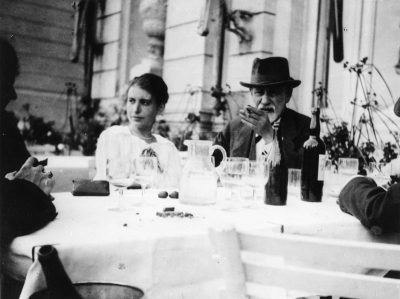 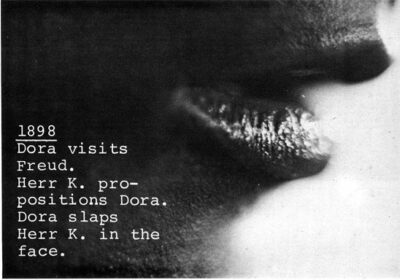 In 1899, Sigmund Freud began treatment with an 18-year-old girl who was brought to him for analysis by her father after she had written a suicide note.