Women Have Their Own Legends: Amy Jo Burns Interviewed by Taylor Larsen

On writing female friendship, learning about moonshine, and composing a novel one image at a time. 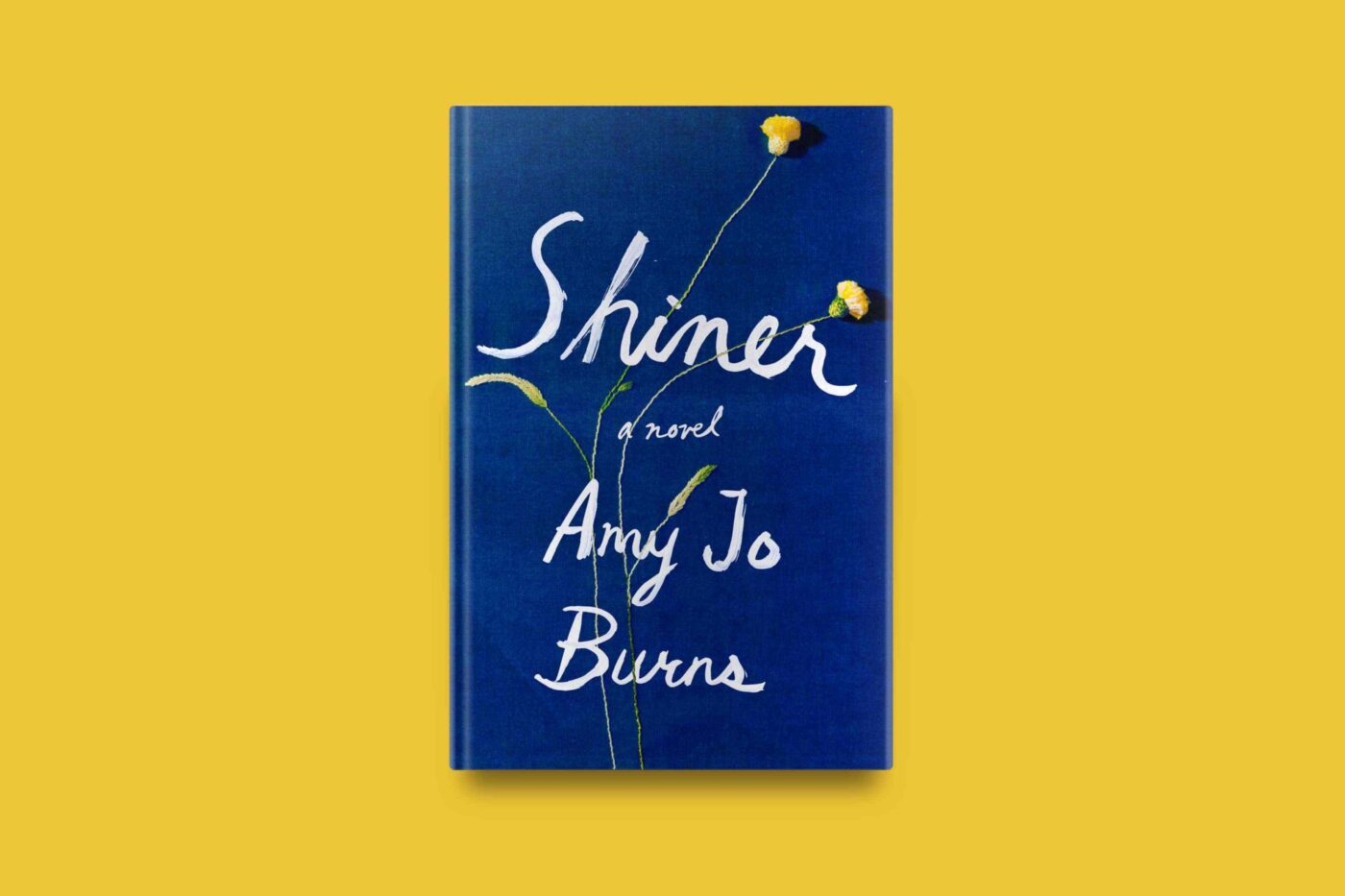 Amy Jo Burns is the author of the brilliant memoir Cinderland. In it, she writes about the fallout of a secret she kept throughout her coming of age in a small industrial Pennsylvania town. In her debut novel, Shiner (Riverhead), Burns continues her exploration of what it means to be female in a male-centered world with a cast of characters that live through shocking situations and are bound by a unique form of love and companionship. The women Wren, Ivy, and Ruby all negotiate creating their own identities in an isolated Appalachian community. Buried secrets eventually come to life in this gorgeous and riveting story. The story feels particularly resonant in this political moment where rather than alienate and dismiss these communities, books like Shiner portray them with empathy and nuance.

Taylor Larsen Describe your journey in creating this book, how it germinated and then found its way into your editor’s hands.

Amy Jo Burns Writing Shiner was completely different from writing my memoir, Cinderland, which came out in 2014. Part of that is because of life circumstances—when I wrote Cinderland I was able to do a deep dive into the material for several hours at a time. While I wrote Shiner, I had two children and could only work in very short snatches of time, a half hour here, forty-five minutes there. Most days I thought I’d never finish the manuscript because I had so little time, and so little help. But I let myself imagine what it would be like to just add one more sentence, or one more paragraph, day by day. That’s how I finished the first few drafts of the book.

I have to think about things for a long time before I start to write about them. I had actually started bits of this book before I started writing Cinderland. Even as I was working on my memoir, I was thinking about this novel, tucking ideas away in a journal. I knew I wanted to write about the mountains, and I wanted a young woman to witness an event that everyone around her thought was blessed, but had terrible consequences. Shiner was my way of writing about things that are very important to me—faith, love, and landscape—without having to write directly about myself.

Moonshine came as a total surprise while I was researching. I knew as soon as I read about the process of making whiskey in the dark, all the way from corn kernel to mason jar, that it would come to form the backbone of the novel. It was such a joy to write about.

In terms of how Shiner ended up with my editor, that whole process was a little like a novel itself. It sold to Riverhead in February of 2017, and I worked on edits with my first editor for about seven months. I thought the book was finished, but then my editor (who is an incredible writer herself) needed to move to the west coast. Another fantastic editor lovingly took Shiner under her wing and wanted to take the book in another direction.

I was all for it—but I was also seven months pregnant, which is obviously a huge life change. It took another year to finish all the new edits and get a finished draft. It took about three years from the time the book sold to its publication day.

TLYou describe this obsessive and devoted friendship between two women, Ivy and Ruby. This passage spoke to me and seems essential to the message of your book: “These two women had taught me to fear what you’d find in a man once he became a father. I went to bed with a man, Ivy said to the empty hillside, and woke up with a boy. Ivy—mother of five, including her husband—didn’t bear it as well as my mother did. Her green eyes shuddered like wind skimming water.” Can you tell us a little more about the ways in which this section ties in with the larger themes of your book?

AJBI see this passage representing the overall themes of the book in two ways. The first is the importance of being seen, especially in our smallest, most desperate moments. All of the characters in Shiner bear witness to each other in life-altering ways, some for better and some for worse. Ruby and Ivy’s friendship is so powerful because they see each other just as they are, without any need for improvement. I feel like that’s truly rare in friendship—to be so well known and accepted. It breathes life into both women when they feel everything else is crumbling around them.

This passage also represents the crucible of parenthood, which all of the characters—except for fifteen-year-old Wren—experience in some way. The mothers in the novel have to reckon with pouring themselves out for the sake of their children in a way the fathers never will. The inequity of it greets Ruby and Ivy daily, sunrise to sunset, while their husbands remain unaware of it. This paradox, in part, is what pushes the characters toward the explosive moments in the novel that were years in the making. 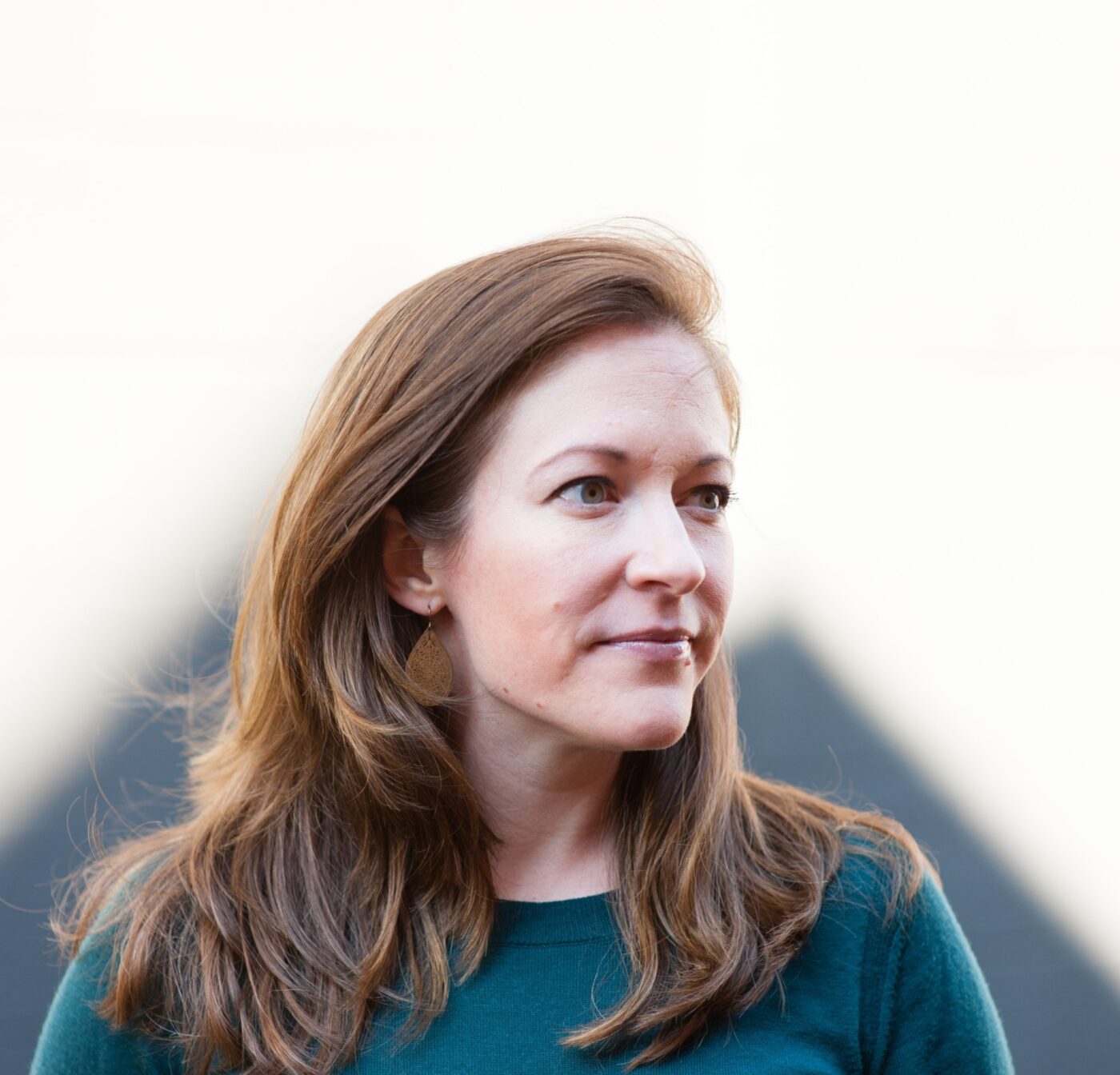 TL Your prose is flawless: “I hated this about our life in the hills—mountain men steered their own stories, and women were their oars.” Which writers have inspired you in the creation of this book in particular, and as a writer of great prose in general?

AJB Dennis Covington’s Salvation on Sand Mountain was a huge inspiration for Shiner. It’s a nonfiction account of a journalist who investigates the fallout after a snake-handling preacher in Alabama is convicted for attempted murder when his wife gets bitten by a snake. Covington writes about faith and mountain life with incredible grace and precision. I fell head over heels for it. After I finished his book, I started to imagine what the preacher’s wife would say if she’d gotten a chance to tell her side of the story. And that’s where the seeds of Shiner were planted.

In terms of writing sentences, two beloved prose writers of mine are Jo Ann Beard and Aryn Kyle. Every sentence they write contains its own galaxy. They each tell a story every chance they get, sometimes in a single word. I read somewhere once that Jo Ann Beard writes one painstaking sentence at a time, and she doesn’t continue on until that sentence is just as she wants it. I fell in love with every phrase in her essay collection The Boys of My Youth. She doesn’t just put images in her readers’ minds. She creates a mood.

And when I read Aryn Kyle’s The God of Animals, I felt like it was possible for me to write a novel slowly, one image at a time. Kyle gave me a new writing goal—to make sure that with every sentence the reader discovers something hidden. That broke open a lot of doors for me.

Writing like this allowed me to feel seen in my own work in a way I wasn’t feeling seen as a new mother in my real life—not only through the characters in Shiner, who also felt hidden, but in the way I was telling the story itself. I like the limits a sentence places on a writer. It can be almost claustrophobic. You only have so much room to make mountains move.  You cannot have everything you want and still write a good sentence. The limits force you to choose wisely, and there’s a certain freedom in that.

And this is how the women in Shiner tell their own legends, too—from lack and abundance, from freedom and constraint.

TL I admire the directness in this narrative voice: “Ivy hiked the snarled hill to our cabin every day, because she and my mother could not survive without each other.” Why did you decide to have your narrator be so forthright in her observations about the adults she has been studying?

AJB Because she’s so secluded. Wren hasn’t lived a life with much distraction in it. Her father constructs a life for his daughter in which he’s her sole influence, even as her mother works, subtly and faithfully, to subvert him. That contradiction makes up the landscape of Wren’s world, and she’s keen to understand it as a way to understand herself.

Also, I wanted to play with the idea of where real danger lies. Wren is taught to live her life on guard, just as her mother does. There’s constant talk of the risk that venomous snakes present, but serpents have never been the real threat. Part of Wren’s journey is figuring out what (or who) to fear, and what to have faith in.

TL Your book switches points of view. Can you tell us a bit about why you made this choice and why you ordered them as you did?

AJB I really loved writing a memoir, but when it was finished I was so ready to get out of my own head. The beginning of Shiner promises a “true story,” and I think in order to get a full sense of the truth, you have to be able to see the past from every character’s point of view.

I also wanted to create the kind of atmosphere where women have their own legends, and in order to do that, you have to be able to imagine more than one person telling the story as it gets passed down—a chorus of voices, layered on top of each other, creating their own harmonies. There are three different narrators in Shiner, and the book begins and ends with Wren in the present, reckoning with what to believe in. I wanted each section of the book to reveal a new part of the puzzle, as if the reader could imagine each narrator saying, “Oh, you think that’s what happened? Let me tell you the real story”—because that’s exactly what happens any time we try to uncover old family secrets. No one knows the whole truth, and everyone has a secret to keep.

Shiner is available for purchase here.

Taylor Larsen is the author of Stranger, Father, Beloved. A graduate of Columbia University’s MFA program, she currently teaches fiction writing for Catapult and for Concordia St. Paul’s MFA program. Her work has appeared in The Huffington Post, Literary Hub, The Rumpus, and The Los Angeles Review of Books.