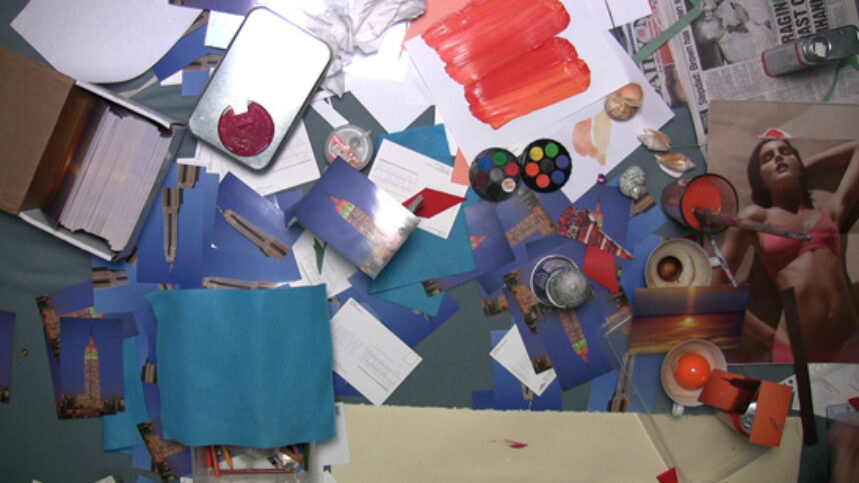 Once, late at night after an opening, I somehow lost the tracks of the conversations around me so completely that I convinced myself it was time to ask frank and direct questions. Alex Hubbard was sitting next to me, and I could only think to ask how he felt about being categorized as an artist whose paintings and silkscreens have become associated with the “new abstraction.” That old term had become interesting to me recently, since I had been thinking it was time to reconsider my animosity toward everything that reminded me of a “dangerous” tendency toward formalism, or what I may have sometimes aberrantly been calling formalism. The recent exhibition Besides, With, Against, and Yet: Abstraction and the Ready-Made Gesture at The Kitchen showed the radical diversity of what passes as abstract painting today, and has induced me to reconsider some of my older prejudices. Hubbard’s How to Smoke on a Plane was included in the show. I thought he might be the right conversation partner to help me to clarify my stubborn refusal, particularly because in a text for an earlier exhibition in Oslo he expressed what seemed to me an ambiguity toward the tropes that had become associated with abstraction. And since in that text Hubbard described his concept of being an observer and referenced Kafka’s use of space and architecture, my reduced notion of abstraction as excluding any form of narrative other than form itself seemed to need renegotiation. This was the first time I approached these questions directly, and everything went wrong in my attempt to clarify the point. I didn’t even really catch Hubbard’s answer before I excused myself from the embarrassing situation to go outside for a cigarette.

It was ice cold and very lonely below the BQE that night. Finding myself in an unstable position in front of an unknown bar, I did what I usually do in such circumstances: I looked up at the sky. Maybe it was delirium or confusion or both, but this particular night sky looked like the fleeting and mysterious winter phenomenon known in meteorology as the Siberian Funnel. This is when the heights of the atmosphere swallow air from below, giving the observer an illusion of standing at the bottom of a bent pit at the center of a very close and clear universe. It’s as if a big eye is observing you. This was a piece of evidence to support my theory that many beautiful European phenomena had moved to America during the last century. 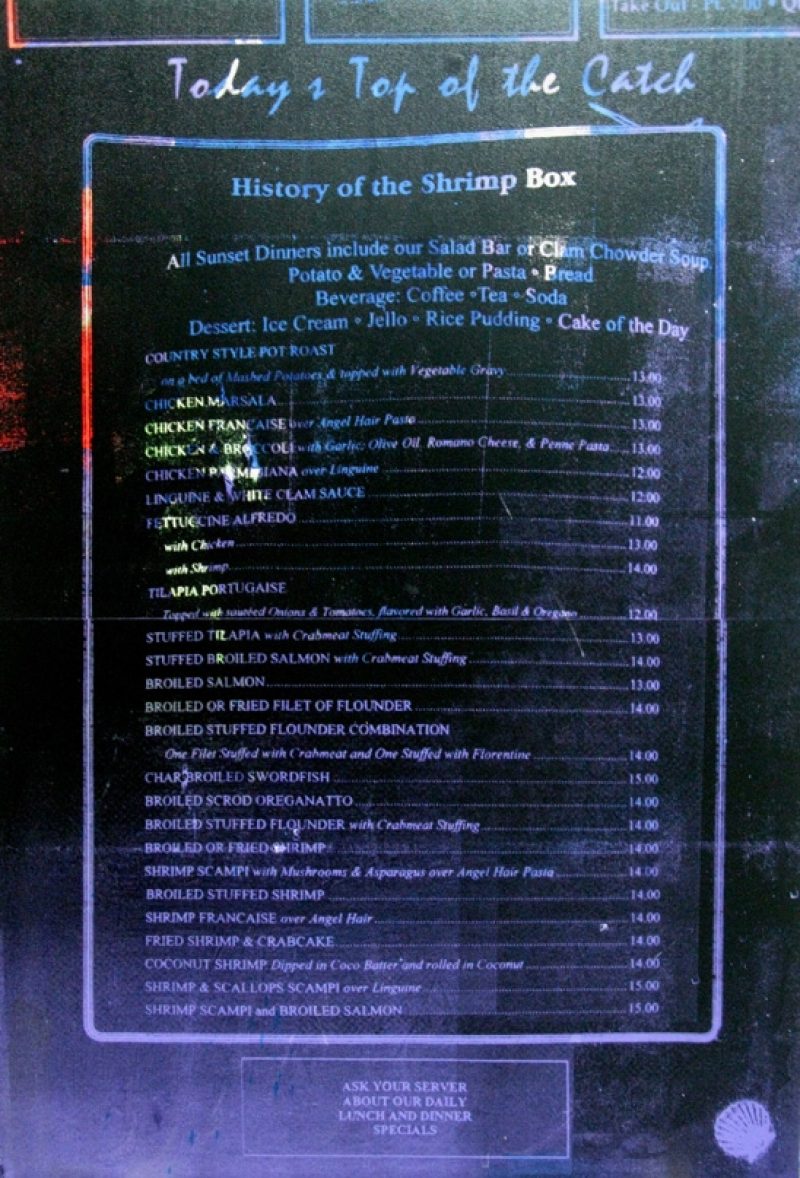 The incidental appearance of the Siberian Funnel feels metaphorical for Hubbard’s videos, which have recently come to influence the making of his paintings; many of his new two-dimensional works could pass as video stills. Hubbard’s roots are as a video artist, and in his new video, Screens for Recalling the Blackout, one observes through the videocamera’s eye all the objects in his studio space. Everything seems rather accidental—the ways these sundry objects leave traces; Hubbard’s decisions to follow their movements or linger on certain actions. We see a state of visual cacophony: paint, lines, dots, opaque and translucent materials, and these sequences of seemingly random events later turn into frozen, fixed conditions as paintings. Splotches of paint or nonsense shapes like paper clips show up haphazardly, still holding some form-liberating transcendence of the idea of contingency, but probably more as comedy instead of illustration. One might say this work illustrates the condition painture moderne, where painting has become truly lawless.

Still freezing at the door, I asked myself if maybe an old notion of abstraction, Russian Constructivism—with its cosmological imagination lurking behind what looked like formalism—might be useful to help determine the question I had wanted to pose to Hubbard. I figured I’d mention the latest astrophysics theories as well, an attempt to draw a parallel to what seemed like coincidence theories-as-formalistic-narratives in the form of the chaotic correspondences in his studio. The Siberian Funnel may have ultimately clouded my thinking, but it also somehow brought into focus the relationship between coincidence and Hubbard’s use of form. So finally, I opened the door. Alas, I said to myself, I like this work because it’s as if a Siberian avant-garde had become newly exposed, albeit displaced to America. 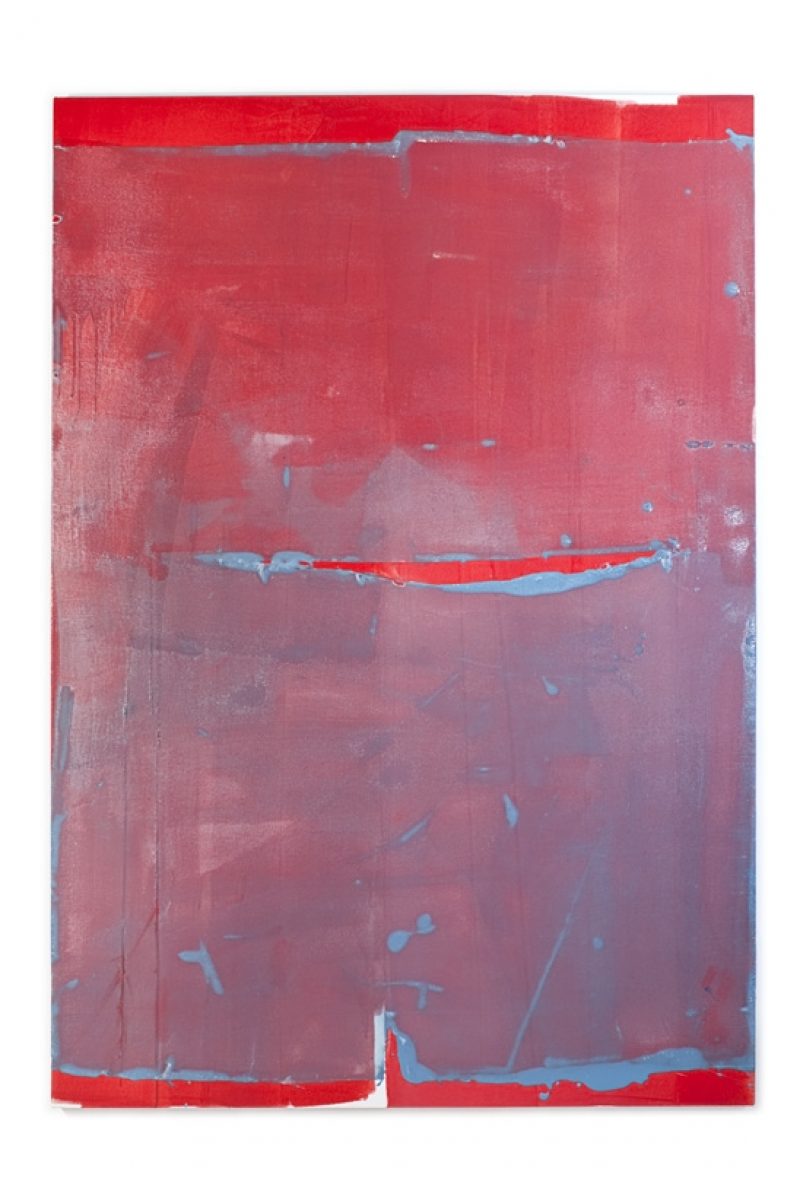 Josef Strau lives in New York and Berlin, and has published his writings in various catalogues and magazines. He has had recent solo exhibitions at Greene Naftali, New York; Malmö Konsthall; Galerie Daniel Buchholz, Berlin; and the Docking Station project space in the Stedelijk Museum, Amsterdam.