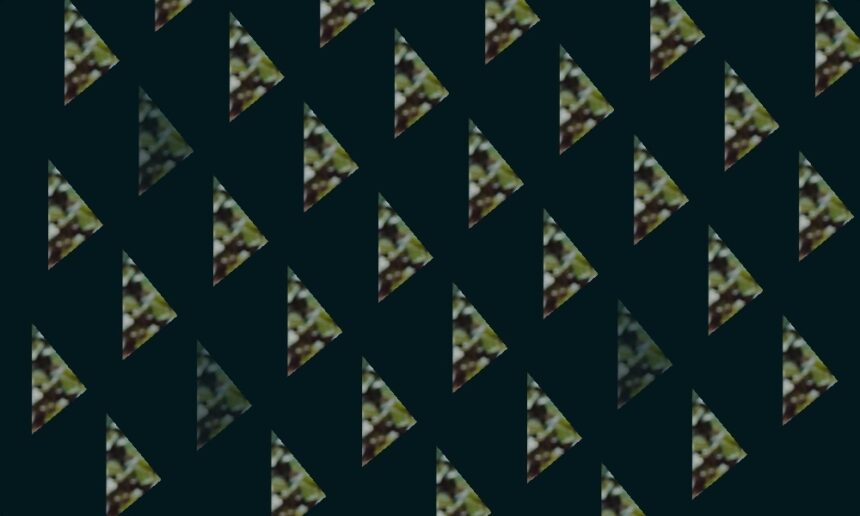 The cover of Akwaeke Emezi’s debut autobiographical novel, Freshwater (Grove Atlantic) features an illustration by ruby amanze of a two-headed snake. A creature of both scientific reality and the underworld, the serpent has been known through centuries-old mythology as an immortal creature that sheds to form new skin, reproducing itself, with the simultaneous ability to eat its own tail. The Ada, Freshwater’s protagonist, delineates from this slippery shape-shifting multiplicity. She is a plural individual or perhaps she is a singular collective, whose body is being occupied by an ogbanje spirit, an immortal “malevolent trickster” trapped inside the Ada that can destroy itself “only to come back in the human mother’s next child and do it all over again.” We follow the many selves through this network from the womb in Nigeria to adulthood in America. Each of these selves is complex, each of them true, all serving to ensure the protection of the Ada. The book is dedicated to those with one foot on the other side. Though one might not take it as a personal address, since we put much effort into creating labels that encourage the specificity of our singularity, by the last page you may find yourself cracked open on Emezi’s marble floor in mourning of the repressed selves that lie dormant within you.

Sasha BonétMost humans navigate the world carrying and employing their many selves, and this book helps illuminate that experience. It reminds me of Virginia Woolf’s Orlando character, who was many things and genders, each of them true. We are all plural.

Akwaeke Emezi For some people this book is work. From the first page, I think it is very clear what kind of book this is going to be and this will turn some readers off. People filter understanding through their own reality. Quite honestly, it’s a book that is easier for people of color to understand because of their histories and different understandings of realities and the diasporic cultures that have relationships with spirituality. Maybe that is an unfair generalization to make.

SB Toni Morrison said this about her work too, that she represents how characters and things function in the black cosmology, and how she never asked Tolstoy to write about her, a little black girl from Ohio. When I read the first page of Freshwater I thought okay, this is getting really real really fast.

AE I’ve been stalking my Goodreads reviews to see what people are thinking. (Laughter) The range of people’s experiences with the book is so wide. Some people abandoned it and some called it blasphemy. (Laughter)

SB You sprinkled a bit of Igbo in the chapter titles that you chose not to translate. Other Igbo writers like Chinelo Okparanta and Chimamanda Ngozi Adichie are known to fold the Igbo between English and readers can contextualize. I’m sure this was deliberate, no?

AE Tope Folarin’s essay “Against Accessibility,” published in the Los Angeles Review of Books, challenges the idea that Africa always has to be super accessible to the west, a criterion that is not applied to white artists and writers. They don’t have to make things accessible and people don’t mind. I felt like translating some things and not other things. The epigraphs enhance the meaning of the text but you can still understand the book. It’s a bit of a nod to the fact that there are some things that should be a little closed and you can earn access by being resourceful and finding information.

SB I first encountered ogbanje in Chinua Achebe’s Things Fall Apart, which was published over fifty years ago. I understood ogbanje to be an evil spirit but I didn’t feel this way in reading Freshwater. It seemed that the spirit was merely in conflict with the flesh in search of a way of being that could move in unison.

AE This was a part of our indigenous belief system in Nigeria, and because we were colonized, we were taught not to talk about it. Christian missionaries declared everything that is a part of our traditional beliefs as evil and stigmatized. 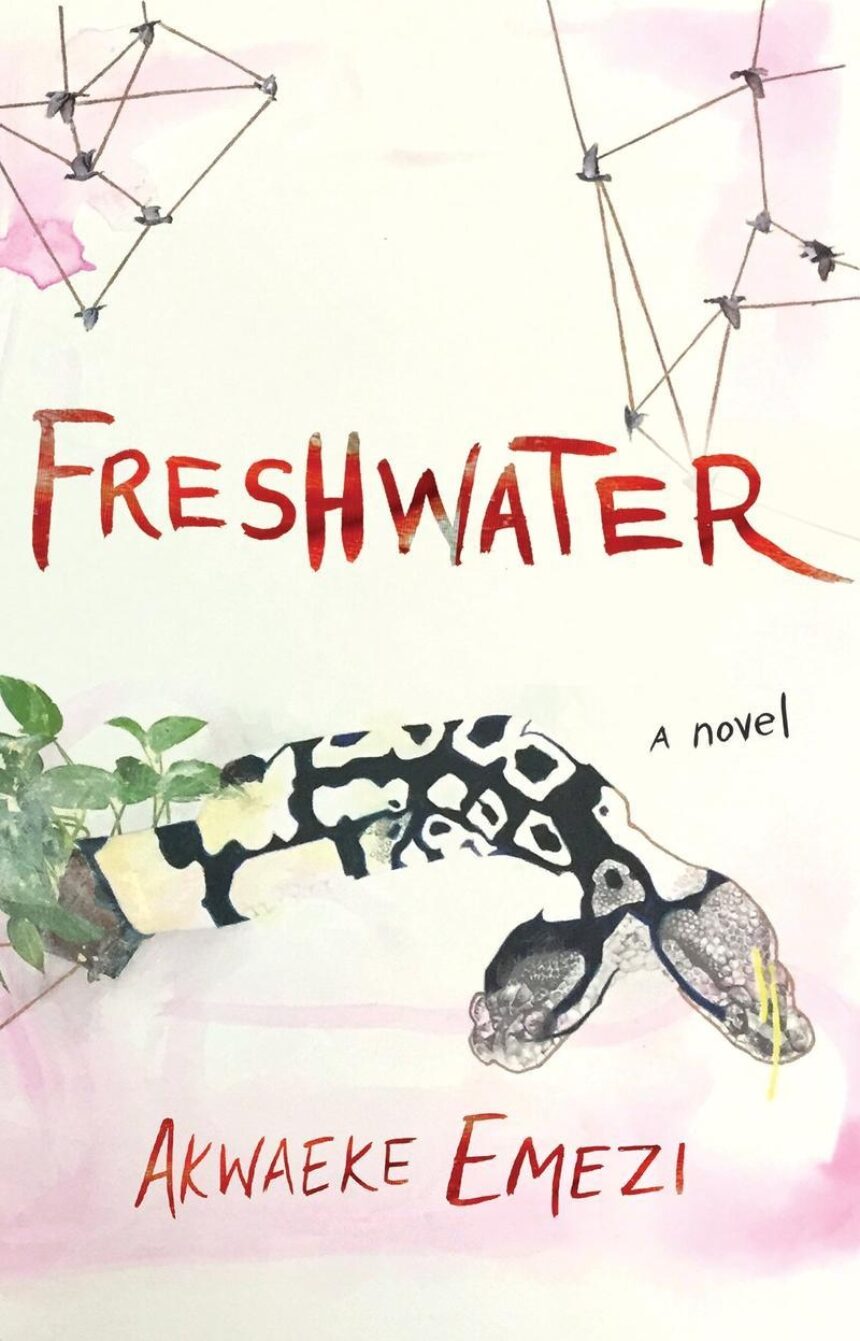 SB You published a deeply personal essay in The Cut where you spoke candidly about ogbanje, your hysterectomy, and your relationship to gender as a trans nonbinary person. Many Nigerian-based Twitter personalities objected to it. How do you interpret this response?

AE Nigerians are transphobic for the most part. My work is about inhabiting realities that people don’t consider real or valid. People are going to push back against that in all kinds of ways. They consider their reality the center and anything else that deviates from that is a threat and so they will react in hostile ways to realities that are other than their own.

SB Which is interesting because Igbo is a gender-neutral language which suggests that the ancestors had a broader idea of gender than we do now and that the concept of gender binaries is only newly constructed.

AE Welcome to the dissonance that white people brought. (Laughter)

SB Since Freshwater is an autobiographical novel, would you say you’ve been constructing this story subconsciously your entire life?

AE I’ve been writing since I was five years old. In 2014 I left my job and went to an MFA program for a little bit and then left that, but it was my pivot into writing full-time. I wrote Freshwater my first year in the MFA when I had moved from Brooklyn to upstate New York, which is super isolated. But because I have been journaling and documenting stuff since I was a child, I was able to just pull from my journals as archives for the book. I’ve written two other books since then. I tell the story the way the story wants to be told. I do what feels right for the story and coincidentally it works out craft-wise. I feel like I risk sounding like a bit of an asshole because craft is very useful, but craft comes in for me while editing. The technical elements of it are horrible for me to introduce during the writing. I can’t write like that. That’s not creative.

SB How did your family feel about being featured so prominently in the book? Your sister, who was captured alongside you in Vogue by Annie Leibowitz, is quite a successful photographer and she’s easily identifiable in Freshwater.

AE I don’t think they care. I was blogging for many years before I wrote the book and they are quite used to that. It’s by far not the worst thing I’ve ever written about them and then shared with a bunch of strangers. I don’t know for sure. No one has said anything to me. It’s possible that they are having reactions and not telling me, which I am totally fine with. You made that decision for a reason, I trust your judgment.

SB You mentioned that you are writing about the ogbanje experience from the post-colonial perspective, insinuating that there is a separation between historical traditions and how you experience these traditions in a contemporary context. As a young Nigerian writer, how did you tap into your authority to document your difference?

AE I wouldn’t even say that there is a separation. I just think that you speak to what you know. I wasn’t there fity years ago, so I can’t speak to the traditions from that experience and a lot of people who try to police opinions on it weren’t there either. No one is an authority on anything. Because my work is about ogbanje, people act like I know everything that ever existed across the entire spectrum of time. I know my experience and so I speak for only my experience. I am not qualified to comment on a history that I wasn’t present for. The concept gets flattened when it’s not acknowledged as real. When asking someone about blackness and they separate the Blackness of the past from the Blackness of today. It’s too big a thing. I’m not an expert on Blackness. No one can speak on something that broad. There is a lot of complexity and I think that instead of searching for an objective authority, just realize that all we got is individual stories.

SB Some find security in romanticizing what was and don’t want to make room for the ways that people are experiencing things now.

AE Yes. And again I’d ask, how do you know what was? You’re basing this on stories. There is no textbook authority on ogbanje that anyone can rely on. This is my story.

SB You were in the Jay-Z video for “4:44” directed by Arthur Jafa, and you are also producing your own visual work.

AE It’s another way to tell stories. Just a different language. I have more flexibility in experimental video art.

SB I had a similar feeling while reading your book as I did when engaging with your video art. You’re extracting something from yourself and employing words and spirituality and visuals to articulate something slippery. You use blood, and feathers and snakes and masks. This all feels like poetry. Every character feels like a fragment and then on the last page it all comes together. These fragments collectively create a wholeness that left me satiated even though the book concludes with no resolve.

AE If you ask someone to make art about their life, they can do it indefinitely. I’m just using all the different mediums as containers. I’ve written an entire book about it and I’m still not done. I’ve made videos and I’m not done. After I wrote the essay for The Cut, I felt exhausted and bored with writing about it. I quit things I don’t like. People say this is failure, you shouldn’t quit. But I’m going to do something more awesome, so I’m not sure how I lose in any of this. (Laughter) Staying there would have been a failure, so it looks to me like a win. I am working on more videos about disembodiment and it helps. Even talking about it is a different form that is useful and can be more interactive.

SB James Agee wrote a book called Let Us Now Praise Famous Men, and he goes to the cotton fields of Alabama and attempts to write about the brutality of their labor, their essence, their daily lives of suffering and malnourishment. He said that he wished he could collect fragments of cloth, bits of cotton, lumps of earth and blood and add this to the book, and even then it would still be a failure, that all the art is a failure because it can never accurately depict the human condition of suffering. Do you feel this in your attempts to articulate disembodiment?

AE Not at all. I don’t feel failure. It’s not a feeling I engage with. Each attempt does exactly what I want it to do. It’s incomplete, but that doesn’t mean that it’s a failure. Each container is holding exactly as much as it can hold. The challenge is to find new containers.

Sasha Bonét is a writer and visual storyteller living in New York City. She is currently at work on an essay collection about Black Womanhood. 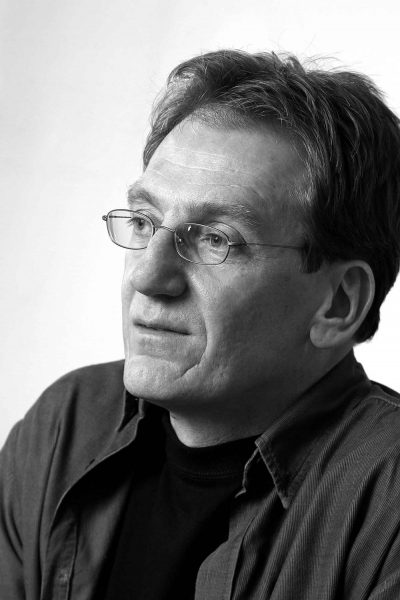 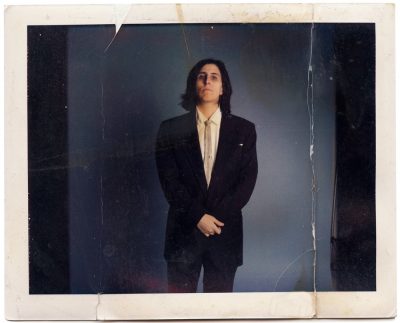 Brooklyn-based Shelley Marlow, a first-time novelist, has created a memorable protagonist in Philomena/Phillip, a late-bloomer if ever there was one, a performance artist and researcher in 2001 New York.

“I was writing 16-hour days. The real difficulty was writing the fractured language. My tendency is to make everything beautiful.”