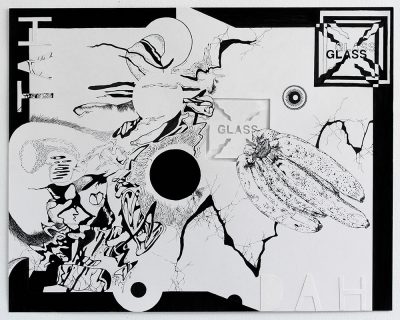 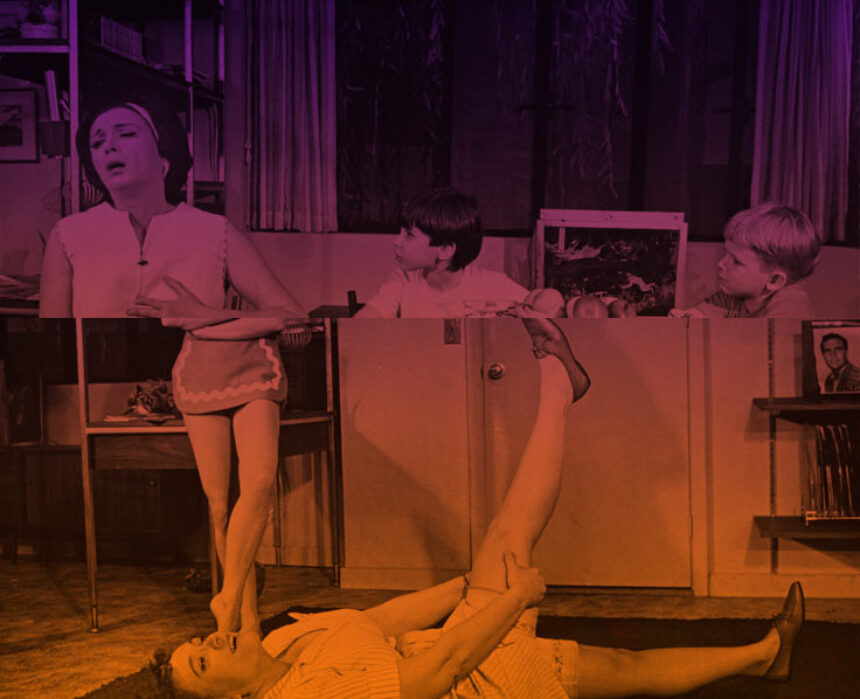 We took the shuttle to the entrance of the theme park. My father said, Remember our car is in Squiggly section C.

The day was thrilling.

When we returned to Squiggly section C, there was another family inside our car. They looked just like our family. My father stopped my mother and I from yelling at them as they drove away.

We sat in the empty parking space. Many families came and went. None of them noticed us. A girl from one of the families stepped on my hand without acknowledging me. Eventually the parking lot was empty. The theme park tower lights shut down. We were exhausted and hungry.

In the middle of the night, father woke us up. The shuttle had returned. The driver had no face. There was another groggy-eyed family on the shuttle. They too were identical to our family. We stepped inside the shuttle and introduced ourselves, but they said nothing, ignored our presence, and held each other close. We drove on.

My father nudged me on the shoulder. I had fallen asleep. It was morning and the shuttle had pulled up in front of our house. We were home. The other family had already gotten off the shuttle. We followed them to the front door. Our car was in the driveway and the family that had stolen our car was watching us from the living room window.

Our family and the family from the shuttle stood in line and, one at a time, we knocked on the front door. Nobody answered. My father and the other father said they would be right back. They disappeared behind the house. My mother and the other mother did not talk to each other. I stared at the other boy. He was growling at me. Then the front door opened. I could not tell which of the three fathers staring back at us was mine. We all went inside.

Everyone sat in the living room. One of the fathers spoke first. He said by the end of the day there would only be one family. The other two fathers nodded. I felt queasy and confused.

So how do we determine which family stays, one of the mothers said.

We have a contest, one of the boys replied.

That’s right, the three fathers said. One of the fathers looked at me. I had wet myself and soon everyone was looking at me. The other boy pointed, Does that mean he goes first?

No, no, the three mothers blurted. None of the boys can go first.

I was crying and the words trembled from my lips, Go where?

One of the fathers stood up and said, I will make this easy. He marched into the study and we all heard the gun. He had shot himself dead. None of the mothers seemed to mind, nor did the other two boys. The two living fathers dragged the body down into the basement.

One of the boys grabbed my hand. Wanna play outside? I snatched back my hand and rushed to my room and slammed the door and tried to lock it, but the lock had been removed. I pushed against the door, but they bullied their way into the room. One was tugging at my hair and the other was pulling at my legs. Take off his shoes! Take off his pants! See, he’s still wet with pee. I was kicking and kicked myself free then whirled around and wrestled the other boy to the floor then felt myself get lifted into the air.

One of the fathers carried me into the study and placed me onto his leather chair. He left me there alone. I hugged myself and rocked back and forth while everyone whispered outside the closed door. There was a chunk of brain matter on the family portrait from the first father who had shot himself in the mouth. The boy in the portrait was wearing a blue dress and his hair was in pigtails. The study door opened. The two boys entered first, followed by the three mothers and two fathers. The herd of parents goaded the boys to apologize, and I accepted.

Then everyone stared at one another and the pendulum inside the grandfather clock halted into a mid-swing silence that loomed all around.

Let’s play Twister, one of the mothers said.

I felt uncomfortable in urine-soaked pants and asked if I could change. Then I noticed the other two boys had wet their pants too. Don’t worry about it, the three mothers said. Today’s our last day. Live it like your first.

I don’t know about you, but seeing your parents strip naked can be very uncomfortable.

My three wives, one of the fathers joked as the other father stoked the flames in the fireplace. The sky was evening blue and the fire crackled and our bodies were tiger orange except for the faces in the shadows. The Twister board was on the floor in front of the fireplace.

Twenty-three colored dots were on the board. Seven were black holes. The trick is to keep all your body parts. Boys have a seat. The two fathers sat as well. The dial on the color wheel twirled. We watched the mothers play Twister on the floor. They contorted in and around each other like human pretzels. Every time the spin dial pointed to a black hole one of the mothers lost a limb.

The lost limb reappeared on the side of the playing board. The fathers leaned forward from their wing-back chairs to pick up the arm or leg for examination before passing it on to us. Sometimes only a head or a hand that reappeared. I held one of my mother’s legs and recognized the mole on the inside of her left thigh. It felt good to trace my fingertips up and down the length of her leg. Her toes bunched as I tickled the bottom of her foot. Soon the other two boys were wrestling for possession over the remaining three torsos writhing on the Twister board. The boys simultaneously shoved each other into two separate black holes. The walls of the house rumbled as if painfully swallowing something too large for its throat. The boys never reappeared. Their draining screams shuddered over me. I was the only boy left. The two fathers were sitting by the fire, sharing a cigar. The flames dancing in the fireplace blurred out of focus, my eyelids were falling heavy with sleep.

I woke up and the house windows welcomed the morning sun. The Twister board was gone. I was the only one left in the living room. A hunchbacked cleaning woman was vacuuming the floor. The sound of crushed potato chips tinkled up the metal pipe. The air stank of father’s cigar. When I walked past the cleaning woman she grunted at the floor like I’m not cleaning that up.

She was talking about one of the fathers. He was half-inflated, his legs rolled up to his ribs on the wooden floor. The instructions on how to package the inflatable father were on the dining room table. There was still enough air in his head to make a puffy show of lips, like the lips of a father ready to blow a heart-shaped ring of smoke.

I stepped over him. I was hungry. I would pack him up later. There was a note on the kitchen counter. I waited until after eating a bowl of cereal to read it.

I trust you slept well. I’ll be in the study whenever you’re ready. Love, Dad.

There was a blonde wig with pigtails on the kitchen counter. The cleaning woman asked what she should do with the human hand she had found under the sofa.

I told her I’d take care of it. It was my mother’s hand. The hunchback grunted then continued vacuuming. I took the wedding band off my mother’s finger and wore it as my own. Then I pulled the pigtail wig tight onto my head. I knew daddy would be pleased to see his little girl. Quietly, with my mother’s hand, I opened the study door.

Ian Caskey is currently working on a collection of short stories, tentatively titled, Fairview Beyond. He lives in Brooklyn, New York. For more check out his videos and cartoons on Instagram @iancaskey.