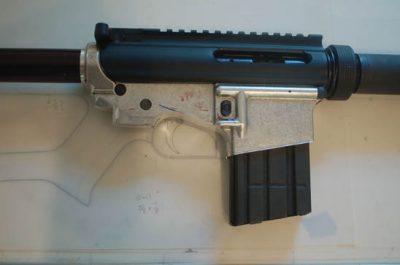 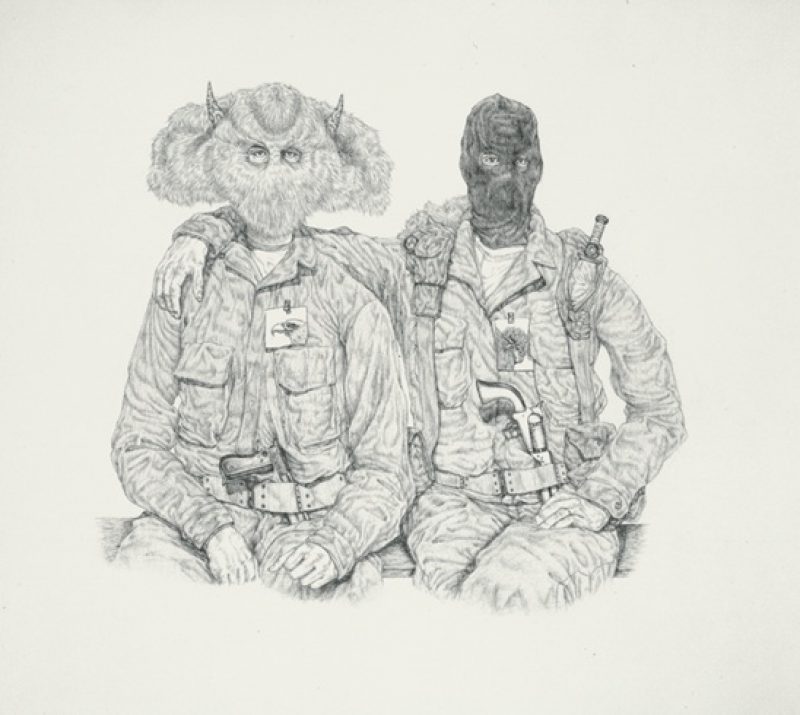 “Dear dad, hello from the other side of the shadows,” starts a letter from a member of the student revolutionary Weather Underground Organization from the mid-’70s, several years after the group had gone into hiding. The “underground” where the Weathermen resided was not a place but a state of rigorous information control that enabled the group to elude capture despite years of nationally advertised FBI searches. That substrata where information facilitates recognition is where one might find Adam Helms’s New Frontier Army. Texturized by thousands of graphite lines, the NFA coheres in a physical and informational camouflage that nearly disintegrates in its own forest of densely rendered detail. The effect is cumulative—we know more as we look more, but physical precision refuses any hoped-for cache of psychological understanding.

Withholding a definitive mythology of the paramilitary group, Helms enters each hash mark in his portraits as another delineation of the soldiers’ typology, which appears piecemeal each time: pictures of eagles and buffalo are scotch-taped to flak jackets; an ad-hoc fortification is held together with brads; soldiers’ gear is surplus, ragtag; giant buffalo-head masks conceal identity but goof as stealth disguises. It’s in his determinedly consistent execution on paper that Helms’s own lexicon begins to get spelled out: uniform line treatment; graphiccompositions; surveillance of every eyelash and wrinkle; extremism of obsessive markmaking, more than the presentation of any violent threat. In fact, the delicacy of Helms’s touch is the real joke on the “violent” nature of his drawings, which could play like trading cards to Leon Golub’s fierce, banner-scale war paintings. 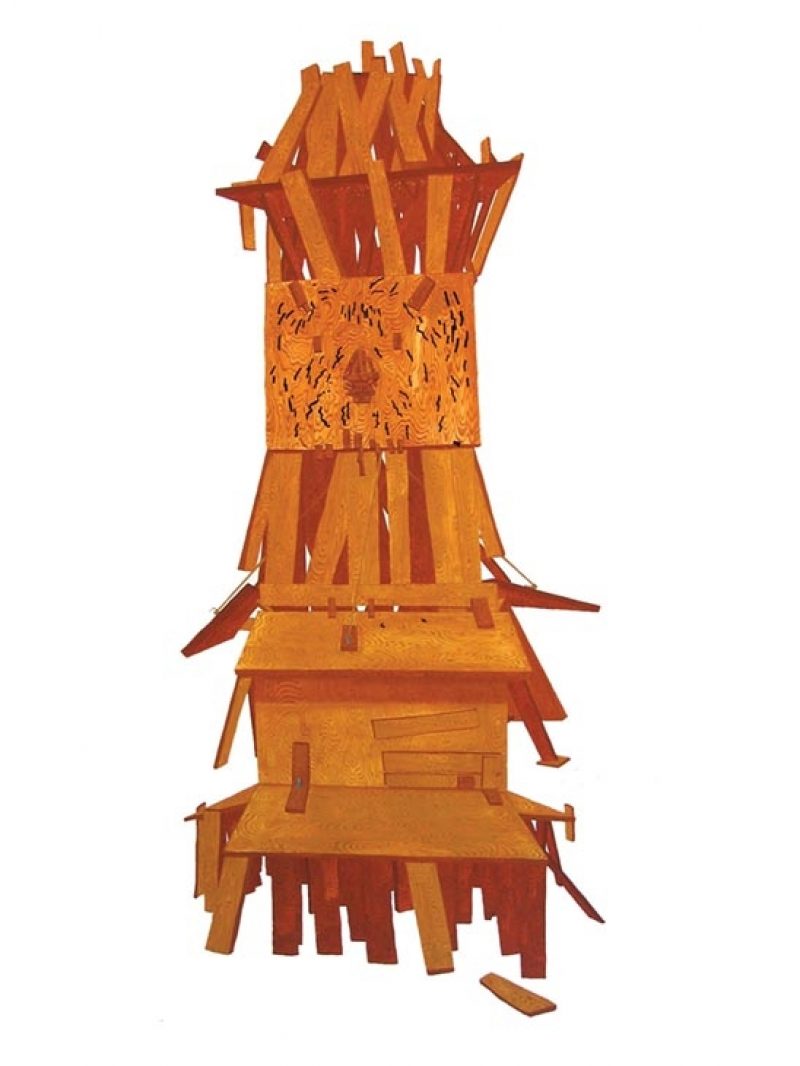 Working from photographic and downloaded source material from guerrilla and militia groups around the world as well as art of the American frontier, Helms zeroes in on the symmetrical, posed formality that’s a requisite for the portrayal of military order and might. The drawings’ tension derives from and concentrates around the soldiers’ eyes, and in that sense, Helms’s basic subject might be the gaze—his figures simultaneously give and receive it in a staredown triangulated by the viewer and Helms himself. The eyes bear the intense penetration of an artist scrutinizing himself in a mirror or camera lens. It’s almost as if they could track their own rendering, infiltrating the process of how the New Frontier Army is documented, muddling its classification as “us” or “them.”

The New Frontier is a slogan, just like it always was. Some of Helms’s portraits hearken to the Harper’s Weekly frontispieces that kept the country abreast of Western progress throughout 19th-century expansionism and the Civil War. By conflating the brave soldier with the exoticized native in the NFA’s symbology, Helms spins that era’s manifest destiny into its current philosophical dimension of understanding the enemy in order to capture him. The soldiers’ buffalo masks remove not only the animal from the context of its remembered landscape, but the neck up from the body. They fetishize the head to climb inside the mind, positing another perspective without surrendering the self.

The communal spirit of the student revolutionary movement in this country proved impossible to sustain once its members were forced underground, and only its legacy has really resurfaced. Helms constructs his collective from the solitude of the studio, slowly fortifying the one, watchful of the all. 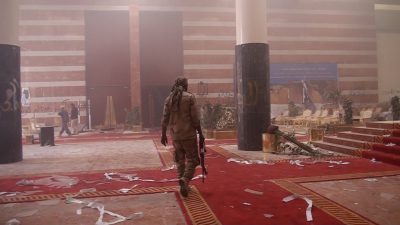 A crash course on manhood caught on camera. 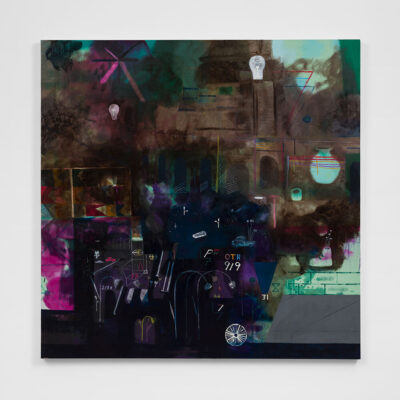 On learning not to paint when he (we?) should be looking.

Global Systems of Labor: Hugo McCloud Interviewed by Will Fenstermaker 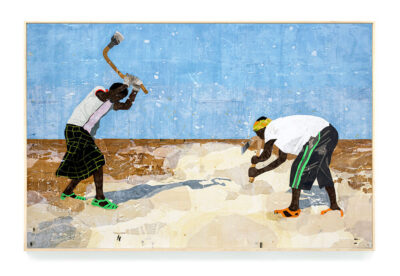 Making paintings with plastic, metal, and other industrial materials.