The novelist on writing multiple women’s voices, creating a world where men are toxic, and the wide range of female dystopian fiction. 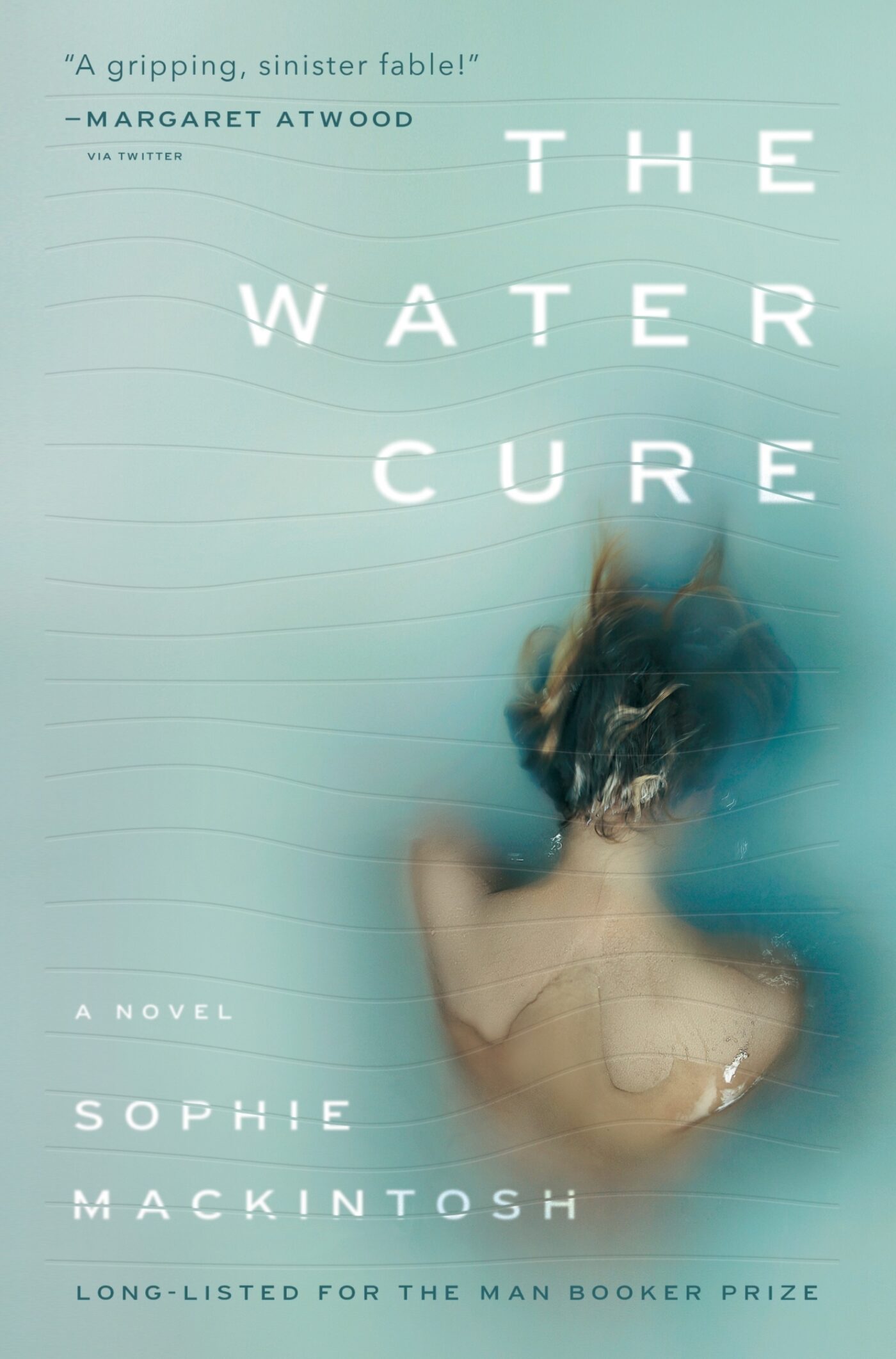 In her eerie and quietly stunning debut novel, The Water Cure (Doubleday), Sophie Mackintosh uses the brush of syntax to paint a small island off the coast of an unknown somewhere, where three sisters, Grace, Lia and Sky, are being raised in isolation with their parents, Mother and King. The island shares a topographical and emotional landscape with our present day, while simultaneously displaying markers that indicate a land perturbingly dissonant from our own. This dissonance springs from the required rituals practiced on the island. That, along with the absence of contemporary technology, sets The Water Cure in a fuzzy future that also resembles the past. Men are literally toxic. The once predictable climate is in the middle of a shift that makes its signs unreadable, its cycles unpredictable. Feelings have economic value.  The three sisters have been raised with specific strengthening regimens designed to protect them from their own softness as they live alongside fear. This requires that they become tuned in to gauging their weakness; it demands that they become comfortable and capable in utilizing their own cruelty. Throughout, each girl, regardless of her particular developmental phase, is in the middle of a negotiation with her value and her spirit. Sophie and I—after boiling cups of tea in our own time zones, from the comfort of our own islands—hers the United Kingdom, mine of Manhattan—met on the virtual island of skype to discuss her new book.

Leah DworkinThe Water Cure is written from the perspectives of three sisters. Sometimes it’s one individual sister’s narrative and sometimes it’s their collective voice. Towards the beginning you write, “We hold hands very tightly, so we can blur where the I ends and the sister begins.” We live in such an I-oriented world right now; it was refreshing and unexpected to see such a powerful communal voice emerge. How did you determine when the sisters were meant to speak as a unit versus as individuals?

Sophie MakintoshWhen I started writing the book it was very much Lia, the middle sister. I didn’t have the three sisters’ voices. As the story progressed, I wanted to hear more from each sister, but I kept being drawn back to this plural we voice. I was partly inspired by the chorus voice in The Virgin Suicides, but it was from a male-gaze, so I thought a lot about how I could invert that. I also just wanted to show how close they are, but how they grow apart throughout the book.

LDIndividually, the three voices are unique from one another. Each sister is at a different developmental stage, but it’s so clear that they are also very different and particular individuals.

SMIt was important to walk the tightrope between showing how similar they are but also to make sure that each was distinct and experiences the world in her own way. This was a challenge for me because they don’t have the markers you would have if you were writing a book that takes place in our world. In the world of The Water Cure, they don’t get to have things like hobbies. I couldn’t think about defining them in terms of “Oh what do they like to do?” or “How do they feel about this TV show?” I had to think about what might define them in the context of their world. 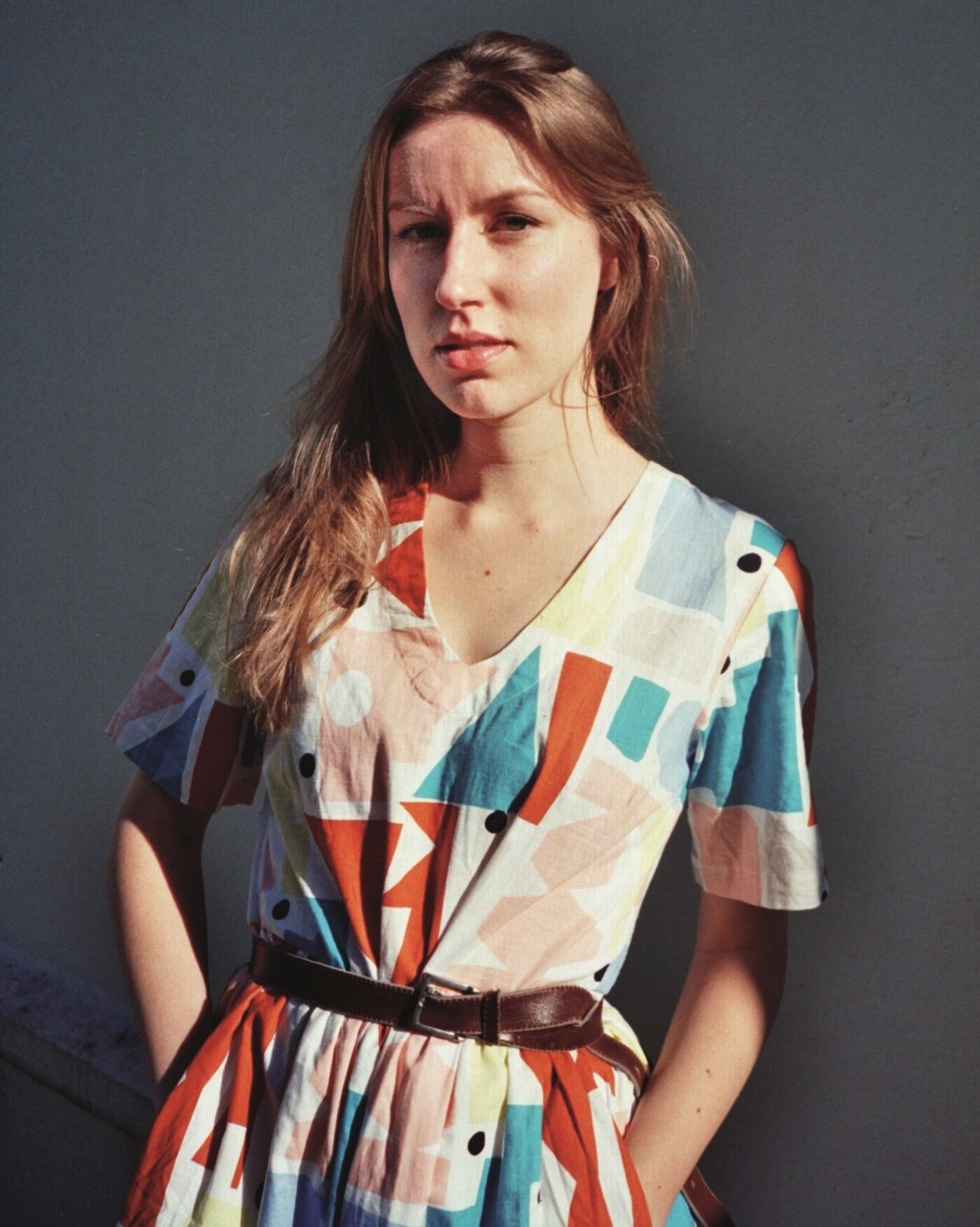 LDWhile you were writing, how did you differentiate their voices for yourself?

SMI wrote each voice in a different font, which sounds a bit silly, but I found it to be really helpful. When it looked different on the page I found I was able to make different stylistic choices. Also, I read sections out loud to test how the rhythm would feel, check in on how it was going. Everyone obviously has different rhythms in how they talk and I think from those two angles I was able to make stylistic decisions as well, like deciding if something was more of a Grace thing or more of a Lia thing. I’d come to realize things like which sister would use a swear word or who might speak in shorter sentences.

LDSpeaking of rhythm, you also write poetry. The poetic language in The Water Cure is lulling—there’s a really definitive ease to the way the sounds move, the way the sentences fold together, and the musicality really propels the story forward. The whole world is an island, so the ocean is a surrounding force, and the girls on the island are kept by the tides, submissive to tidal time. The prose is laced with this subdued tension that something new and unknown might wash up at any moment. The language reflects this ebb and flow. Is that something you learned from writing poetry?

SMI think this came from poetry as well but really, I have an intrinsic link to the setting. I grew up in Wales, on the coastline, in a world similar to The Water Cure—different of course, but it was the basis. I grew up speaking Welsh at school, I did all my schooling in Welsh, so Welsh was the language I spoke every day for fifteen or so years. It’s a language with a very musical, lyrical, poetic tradition. I still think in two languages, so Welsh influences how I write in English, too. It’s a language that makes you very attentive to the way that sentences are put together, so I’ve always been very aware of rhythm. I grew up by the sea, and I grew up speaking this language, so one fed into the other, really.

LDOne of my favorite things about The Water Cure is how the world was open to nuance and paradox. The acceptance of enigma is a big part of the feminine logic you built into the world. The therapies, cures, daily rituals, routines, rewards, and the punishments require no real factual or scientific explanations, but still, at least for me as a reader, they make sense. The logic in this world felt fluid; things didn’t have to be just one way or the other. This fluidity was also present in the ways the girls use, understand, and relate to their bodies. Sometimes you can trust a body, other times you can’t trust a body—things are always changing based on the moment. Given the constraints of this world, was it difficult to figure out how to handle their relationships to their bodies?

SMIt was interesting to think about because they don’t have all the baggage that we have in our world. In their world, they were never exposed to media. Their preoccupations about their bodies were based on their parents or by each other. There’s this kind of weird innocence that I really liked exploring, the ways they used their bodies to relate to the world around them. I had this idea of my body as just being a thing that could get me around until I was in my teens. I’m turning thirty this year and I really feel like I’ve just begun to understand or go into my body, and even now I’m surprised by it all the time, so it was fun to think about how you would relate to it in a context you never had the opportunity to have.

LDIn The Water Cure men are toxic; they have this literal, physical toxicity. What was going on in our world when you wrote this?

SMI wrote The Water Cure in 2016, so in the UK we had Brexit. A lot of views were being aired that were previously unacceptable to talk about. There was a lot of misogyny; we had Trump rising to power. If these things could happen, what else could happen? It just reached the tipping point for me and my friends where we were just so used to having grown up in the patriarchy, having grown up with all these small microaggressions in relation to everyday things.

I was thinking about all the ways we have to alter our behavior, even in small ways, like taking a different route home. I was thinking a lot about that and how unfair it was. The world suddenly felt very upended and strange to me, and I used that as a focal point to explore my feelings about it—to say, Hey, what if men were actually literally toxic? What it if they were an actual disease? I didn’t want to explore it in a Handmaid’s Tale way; I wanted to use it in a much more abstract way. I haven’t written a feminist polemic—I don’t think there could be a world where men are completely toxic, but in many ways it does feel like we live in that world. I used that feeling as a jumping off point.

LDIt’s interesting you mention Handmaid’s Tale. After reading The Water Cure, I thought a lot about the way “female books” get packaged and how they tend to automatically get compared to other books by female writers, or with female subjects. The Water Cure is dystopian and there are some commonalities to books like Handmaid’s Tale, but the main similarity it seems, to me, is that the plot revolves around the female characters and is written by a female author. Aside from those things, it’s a very different book. Where do you see the book fitting into the literary categories we have? Do these types of comparisons feel accurate?

SMI see it as a Shirley Jackson kind of thing. Something a bit eerie and creepy and literary. Obviously, there’s still a dystopian element to it. I understand that making comparisons helps people find the books that they’re interested in reading and it is a helpful way to talk about books that represent a certain kind of cultural moment. It’s great, and ridiculous, to be compared to Margaret Atwood, even though I think the books are really different. I don’t think it’s very similar to Handmaid’s Tale because in The Water Cure there’s very little world-building outside of the actual island.

I recently did an event with Leni Zumas, the author of Red Clocks, which is about a world where abortion is illegal. It was interesting to me, when I was reading her book, to think about the wide range of female dystopian fiction and how different all the books are. Sure, in some ways they do come from similar places, but there is this extremely wide range. Mine is almost like a world fable fantasy thing and hers is set very much in our world. I would hardly call Red Clocks dystopian because we’re just one law away from it happening. So yes, these books are coming from similar places, but there’s such a wide range that it feels reductive to just lump them under the same umbrella. We need a wider range of language to describe these books instead of writing them off as angry feminist dystopia. These are our real concerns that we’re writing about, and so we’re producing these books, we’re finding that register.

Leah Dworkin lives in New York City, where she is working on a collection of short stories. Her work has been published or is forthcoming in Fence, Juked, BOMB, Hotel, Hobart and elsewhere. She is an associate editor at Conjunctions. She is editing the Dostoyevsky Wannabe anthology for Manhattan, and has a story included in Best American Experimental Writing 2020. Online she goes by frumperella.

The Investigators by Deb Olin Unferth 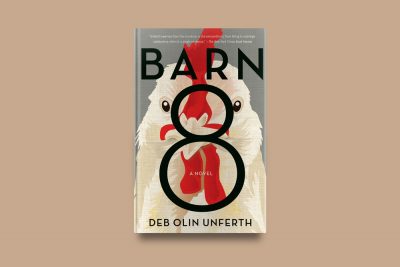 Think high-rises, gated communities, all the places that give you a twitch of existential dread. The Amazon shipping facilities, the dying superstores, the prisons and detention centers, the pig farms, all the boxes that hold products and people and animals, the LeCorbusian landscape one skirts over or through, avoids. 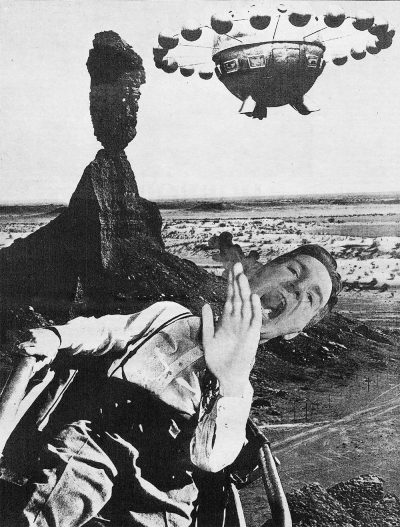 Camera-eye in the future ruin, “freedom” prison, and cutting up the news.