Inspired by a card in Brian Eno and Peter Schmidt’s 1975 deck of cards titled Oblique Strategies: Over One Hundred Worthwhile Dilemmas.

In fact I may already have abandoned my normal instruments, like my mind. I abandoned it a few months ago, or maybe it’s been coming on for a year now, creeping in—my abandoning. Not only my mind, but other things too. One by one all the useful pieces of me have been left behind on a work bench or at a rest stop in Ohio or on a lunch counter. For some reason I just got up and left without them, and then here I am with no normal instruments, although the cases for those instruments are scattered around my brain, the pockets and file folders that once contained information, who my friends are and what sort of work I’m supposed to be doing. I keep looking inside but the pockets are all empty. I tossed what was in them away and now look where I am—nowhere, because I turned out the lights and left.

First the computer has to go and the sheet of paper too. Next, your glasses, though you’re blind without them. Then the backpacks and the briefcases and bags you carry around and all that’s in them, the files and electronic devices and keys and extra pairs of socks, then the shoes that bring you from here to there: you have to admit you have a strong relationship with them and they are normal. They must go. The coffee—that’s an instrument. Then the rest of the clothing. Then the family, because you use them quite a bit, and friends, too. The past in general, but most specifically the few years after graduate school when you didn’t know what you were doing and were grasping at any straw, hoping someone or something would latch and take hold—those years: you can no longer use them. Abandon them. Then the helpful mate, he has to go, and all the mates who have helped in the past—or didn’t help, because sometimes their unhelpfulness was helpful too. Desire, that too must go (or is that already gone? for how long?). Also, all other deep beliefs and dark roads in the mind. And core pieces of me—work ethic and so on.

So we are talking about an awful lot of instruments to be shorn off and tossed. And when they’re gone, what is left? What can I write with? With no pen, no story, no greed? I might just sit here a while. Look at the long desk, the wood patterns on it, unless that too is gone. I could float in space, a lone piece of space debris. Who knows, maybe I’d meet up with others like me. We could band together. Form a new world. It’s possible.

Inside the little cottage I was renting, I thought I might be suffocating, that there was a gas leak in the contraption the owner called a stove. Or I imagined the ground was falling away beneath me, that the rock on which the cottage sat was choosing that moment to collapse. Or maybe I had a fever, or a stomach virus, or maybe I was having a massive attack. I wondered: Would I die here? Of natural gas poisoning or of a stomach virus or suicide or rockslide? How long would it take to find me? Would it have been so bad to live?

There comes a point when normal instruments are no longer running. What usually goes no longer goes and you have to go with something else.

Okay, so what is no longer running?

This thought. And this other thought.

This other thought too.

So what do you do?

You run with new thoughts.

But where do the new thoughts come from? They were here already, or at least the beginnings of them were. They won’t be running either.

Surely the wicked lady in front of me—who was so rude to me an hour ago when her seat was pressed so far back that I couldn’t move my head or arms and was pinned to my seat like a fly, and had to maneuver over the arm of my seat to get out and ask her if she might raise her seat a little and she yelled, “Too bad!” and “There’s no problem with my seat,” and when I said I was squashed, she yelled at me to “Live with it!”—surely she has lost control of her instrument, or abandoned it completely.

It’s what musicians do when they don’t know what to do with themselves anymore. They take out a wine glass or a handkerchief and try to play their cellos with that. Or they rub a balloon and tell people that this is their new instrument. Or they hang on to the bow and toss the cello, and they play their bow on the radiator or on a piano or a piece of wood. Whatever sliding or scratching noise they make, that is their new music. Yeah, you see them do that all the time. Or artists, they do it too. They toss away their pads and pull stuff out of the garbage and say that this is their new work. They’ve been doing that for so long, it’s unnerving—this little segment of the population going around, saying that they see art everywhere: trash bin, mountain, sidewalk, plank, person, disease. It’s almost annoying. Why can’t they let a thing be?

Let it be what it is, sitting there, I say. It doesn’t have to mean anything or be something other than itself. It certainly doesn’t need some dumb human to come along and tell it that it’s interesting. All objects are interesting—isn’t that the point? Why else would we have an object or find it in our world unless it was of interest in some way? Just naming it proves it’s worthy of merit. Stick with your own instruments, you artists, that’s what I say! And you musicians too. Stay on your side of the line. Don’t come sneaking over here and grabbing stuff and running off with it. You want to abandon your normal instruments? Fine. Go ahead. Just sit quietly there with nothing to play with. Close your eyes. Watch the movie inside your eyelids. Hold still for ten minutes, would you? You’re giving me a headache.

What could that possibly mean? If we are referring to this pen, well, I already just chucked one of the damn things. I’ve got a pile of them in a drawer and my job is to slowly get rid of them, one by one, until I have abandoned them all.

Citizens of the World

The citizens of the world are walking along a path and abandoning what they don’t need as they go, casting aside their normal instruments, one by one, because they have too much to carry. The path is cluttered with all the crap they’ve tossed aside and that pile of crap grows around them as they go, because they’re leaving a lot, so much that after a while you don’t even see them anymore, the people moving through, just the hills of crap tossed on the road. Mountains of it stand all around and somewhere, deep at the bottom of the canyon, a scrawny line curves through, people heaving all their belongings, which they, piece by piece, abandon. As you move further up the line, the mountains shrink because they’ve thrown onto the road everything they owned and have less and less to discard. Finally, hundreds of miles up, there’s just a straight path, people walking empty-handed, with hardly any clothes on, a smock or a pair of loose pants, an object every now and then at the side of the path—a final keepsake, a packet of Kleenex, or a compass tossed aside at last because the owner admitted there was little point in trying to determine one’s direction. And farther up the line, another three hundred miles along it, the people are barely bodies anymore, they’ve left so much along the way. You see just shifting colors and thin shapes. Who knows where they’re headed, whether the line ever ends, whether you ever come to a point when there’s nothing left to abandon. Is there always something?

Deb Olin Unferth is the author of the memoir Revolution, the story collection Minor Robberies, and the novel Vacation. She has received two Pushcart Prizes and a 2009 Creative Capital grant for Innovative Literature. 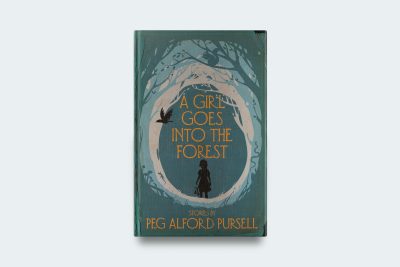 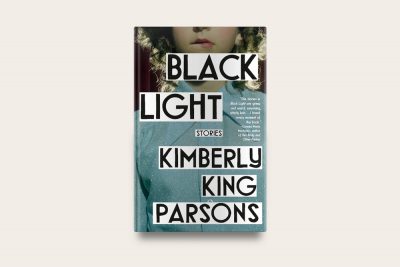 The writer on her new story collection, working sentence by sentence, and giving in to her influences.

Embrace the Dread: A Conversation with Colin Winnette by R.O. Kwon 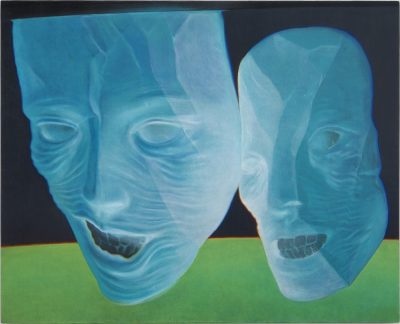 The writer of The Job of the Wasp on horror, human evil, and writing long sentences.