A Visit With God: Luis Barragan’s Chapel at the Convent in Tlalplan Mexico by Carlos Brillembourg 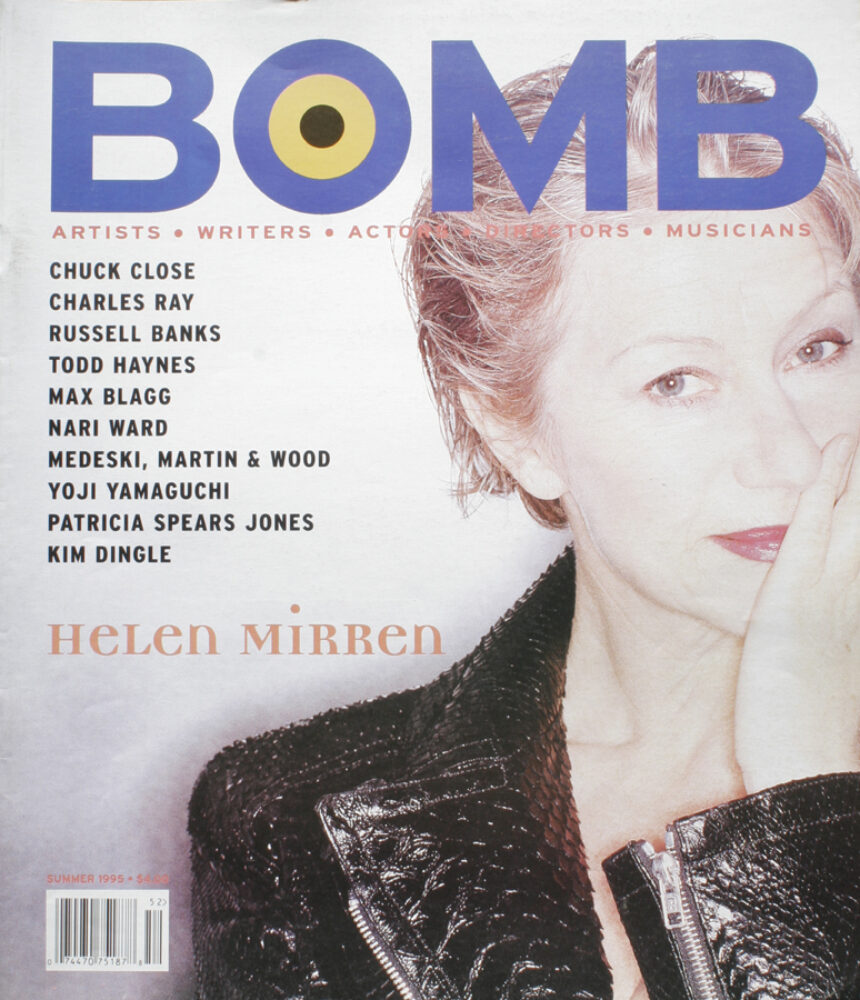 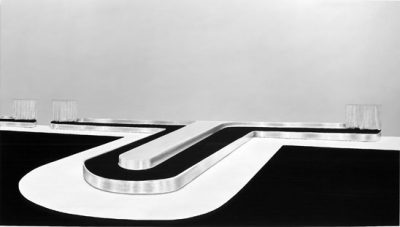 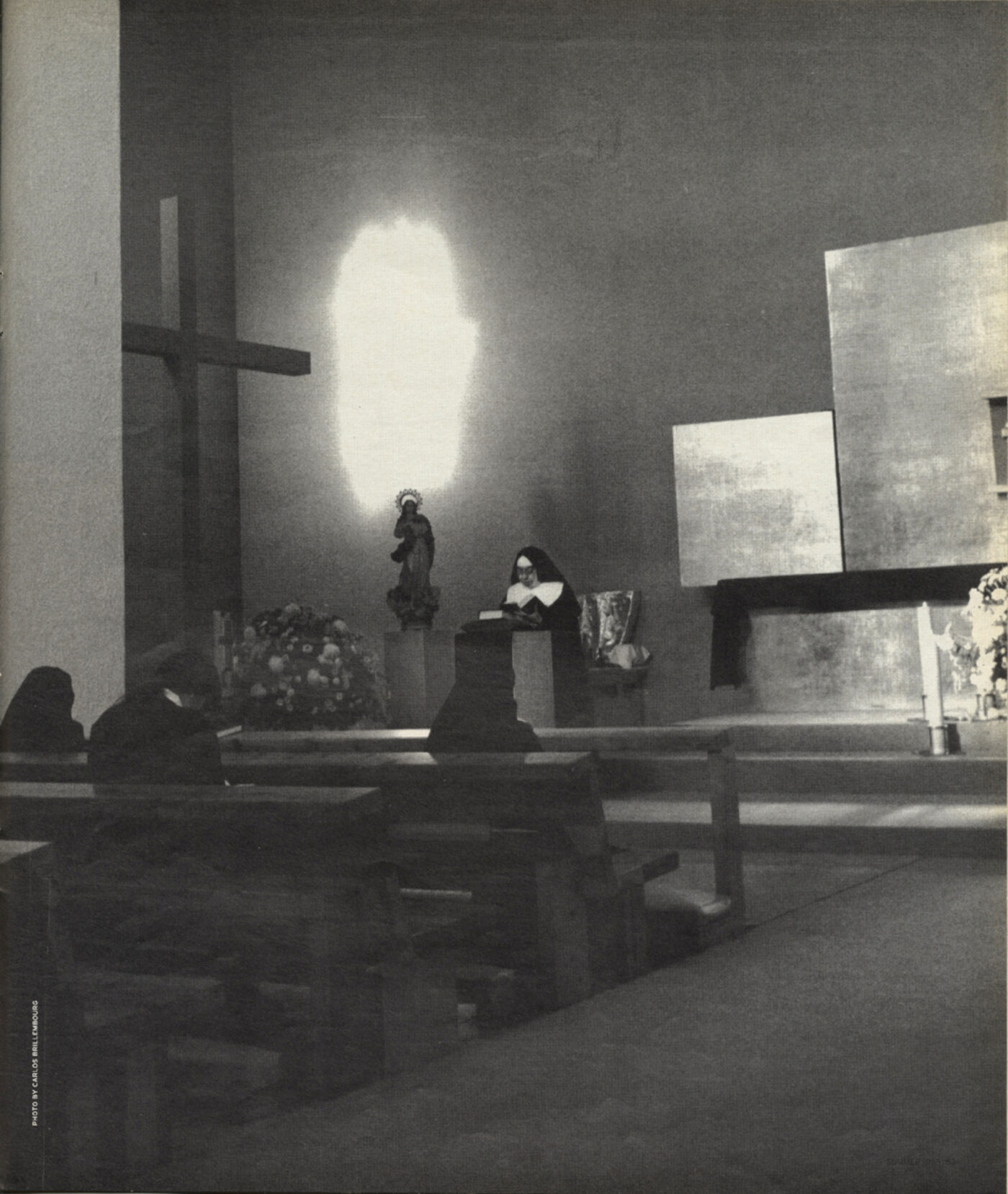 From the street, only a wall is visible, flanked by anonymous windows and a large wooden door. We press the doorbell and a young boy answers. We explain that Mother Delecta is waiting for us to assist the seven o’clock mass today—All Souls Day.

The young boy leads us through a dark space, then through the courtyard past a large cube of overflowing water, flowers floating on the surface, and three sets of stairs leading in different directions. We enter the chapel and sit in a pew near the back as the nuns take their places: three nuns to each pew sit symmetrically—one on each end and one in the center.

The altar is artificially lit by two lights in the ceiling and one anterior light. The space is 30 feet high, higher than it is wide. The pews are centered on the altar, and the right aisle runs along a long, white wall which meets the deep, terracotta red, back wall. On the left, we can glimpse the presence of a large freestanding cross and a mysterious space beyond. After a few minutes, an odd luminescence begins to appear above the altar on the red wall. As the mass begins, this same light descends to illuminate a triptych of gold squares behind the altar and lights the white wall to our right, revealing it’s source: the sun. Coming from the choir above and behind us, the intensity of its light increases, reflecting from the abstract goldleaf triptych onto us.

Hypnotic, the sun is, in effect, captured within this simple and austere space, radiating, back to us, its golden light. Then I discover another phenomenon. In the half-hidden space another light is shimmering on the red wall, as if the sun could shine from two sources. This light is more vertical and as it slides through the space, it settles onto the freestanding cross and seems to stay there until the end of the mass.

The weight of this architecture is fed by light as water nurtures the Alhambra. The architecture is shaped by the path of the light as a boat is shaped by water. Here Barragán folds the wall into an acute angle, making a space which is simultaneously sacred, archetypal, and primitive by harnessing the path of the sun. The light literally penetrates the space through a complex of perforated walls—made of square lattice in wood or concrete.

This architecture does not reveal all of its secrets at once. Although extremely visual, the architecture stimulates the full range of human perception. There is nothing silent here. The space is vibrant with a psychic resonance that does not depend on the ephemeral view. The material reality of this architecture cannot be separated from the phenomena of light, or from the sound of the nuns’ praying.

In the chapel, I am led into a spiral of reflection and introspection. The cubic space is not focused on a central axis. The sense of confinement is broken by the deep plane of color on the back wall, the empty and sacred space occupied by the freestanding cross, and the subtle perforated wall next to the altar leading to the sacristy. Once this open-ended spatial sequence is established, it is given life by the sun. As the sun penetrates the space and is ritualistically reflected back by the altar panels, another sun appears to shine from the south; it seems to make the gold panels glow autonomously, as if they were part of a miraculous event. I am reminded of the multiple reflections in Velazquez’s painting Las Meninas; yet here the subject is not human. The subject and the content are inseparable; it is the phenomena of light as pure energy captured by architecture.

Back in New York, as the experience of the chapel becomes a concrete memory, I imagine its undertaking as a project in 1952. Barragán’s architecture has very little to do with the ’50s. Although thoroughly modern in its conception, his chapel does not exhibit any of the prevailing cultural tendencies of the time—although the projection of the light onto a large red field as the image of an atomic explosion might have been pre-meditated.

The chapel is a synthetic work which has taken from Le Corbusier as much as it has from the 300 years of Colonial building. The result is independent of both of these traditions. The value of this work lies in the depth of the experience. His space captures us with a vast sense of wellbeing. It gently persuades us to reconsider the most fundamental elements of enclosure, light, color, sound, and reflection within a spiral sequence of approach. We enter to make the final discovery of yet another space beyond.

This work is not public. We can find seductive pictures published in books, but for the most part, Mr. Barragán’s extraordinary work is intimate and private, consisting of a dozen houses and this one convent in Mexico City. 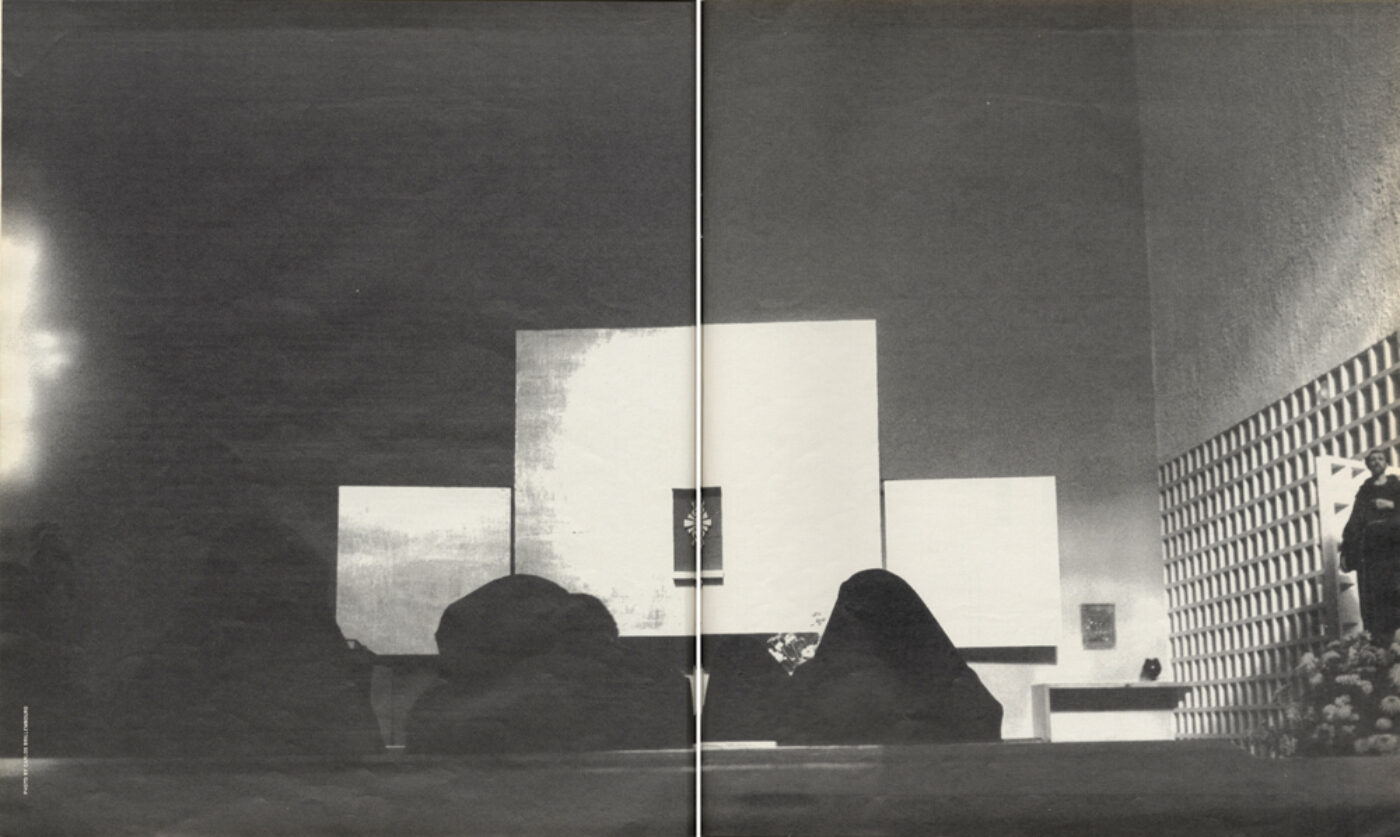 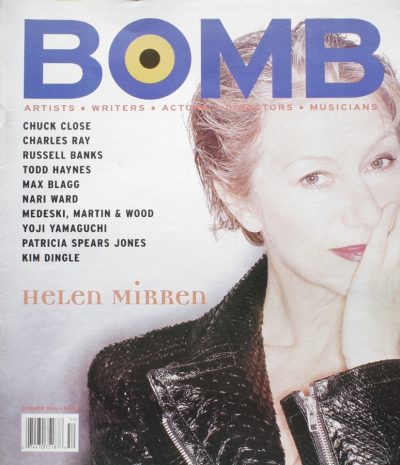