A Room with a View: Carrie Moyer and Sheila Pepe: Tabernacles for Trying Times Moderated by Anthony Hawley 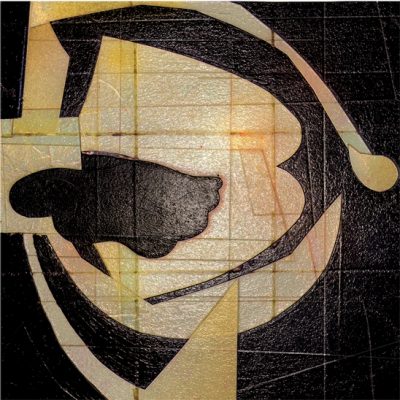 An evening of conversation celebrating Carrie Moyer and Sheila Pepe’s inaugural museum collaboration, Tabernacles for Trying Times, on view at the Portland Museum of Art.

The event was hosted by interdisciplinary artist and writer Anthony Hawley.

“Carrie Moyer and Sheila Pepe, partners in life and—occasionally—art, met in 1995 at the Skowhegan residency in Maine. Now, a quarter of a century later, the two have returned to the northeastern state for their first institutional collaboration.”

Carrie Moyer is a painter and writer. She co-founded the public art project Dyke Action Machine!, active in New York City between 1991–2008 with photographer Sue Schaffner. Moyer has written extensively about art for Art in America, The Brooklyn Rail, and Artforum, among other publications and was the subject of a solo exhibition at the Worcester Art Museum in 2012, and a traveling exhibition, Carrie Moyer: Pirate Jenny, which originated at the Tang Museum of Skidmore College, Saratoga Springs, New York, in 2013. She has received awards from the Guggenheim and Joan Mitchell Foundations, Anonymous Was a Woman, and Creative Capital among others. Moyer is a professor in the Art and Art History Department at  Hunter College,  where she is the Director of the Graduate Program.

Sheila Pepe is an artist based in Brooklyn. Her recent mid-career survey Hot Mess Formalism was organized by the Phoenix Art Museum and travelled to the Everson Museum of Art in Syracuse, the Bemis Center of Contemporary Arts in Omaha, and the deCordova Sculpture Park and Museum in Lincoln, Massachusetts. Pepe was a Fellow at the Radcliffe Institute for Advanced Study, Harvard University, from 1997–-1998. In 2015, she was honored with a Distinguished Alumni Award from Massachusetts College of Art + Design and her  practice was included in Phaidon’s 2019 survey, Vitamin T: Thread and Textiles in Contemporary Art.

Anthony Hawley is an artist and writer based in New York City. His solo exhibitions and films have been presented by Vox Populi Gallery, The Salina Art Center, CounterCurrent with the Menil Collection, and Aurora Picture Show, and most recently by the Guggenheim Museum’s Works & Process series. He is the author of two collections of poetry and his writing on art and film appear in regularly The Brooklyn Rail, Frieze, Artforum online, Hyperallergic, BOMB, art-agenda, and elsewhere.