A Room with a View: Abir Karmakar’s Displacement by Roshan Kumar Mogali 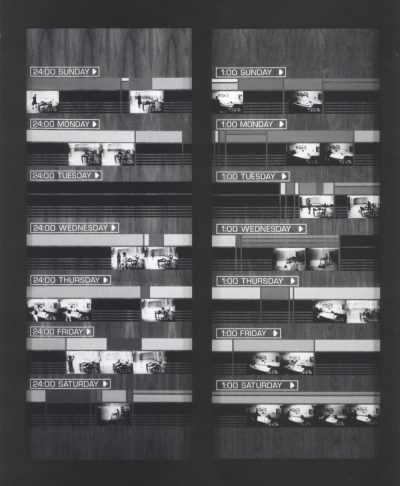 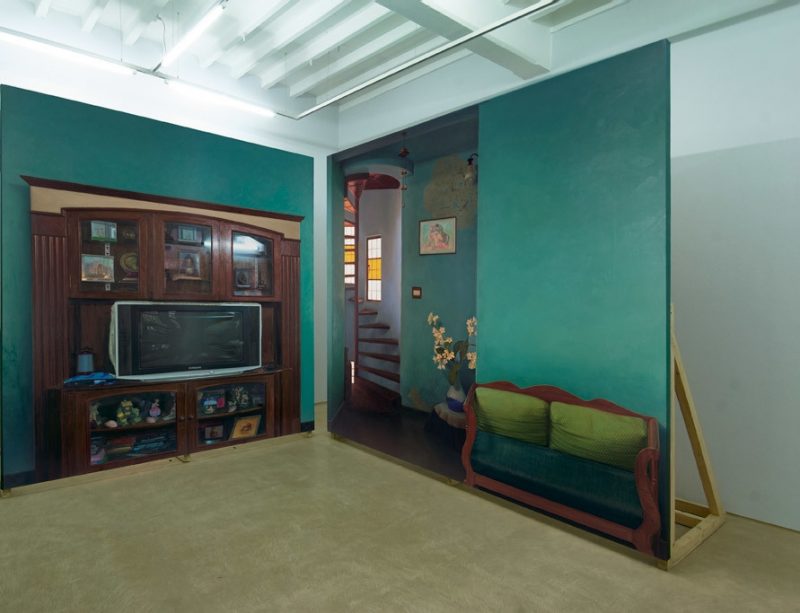 For the Kochi-Muziris Biennale in 2016, Abir Karmakar covered the interior walls of Kashi Art Gallery, a restored colonial Dutch house, with seven floor-to-ceiling paintings. The reference for these site-specific paintings, which the artist calls a “second skin,” came from an urban, middle-class house in Bhuj in western India. Karmakar describes it as a little old house where most of the elements—the furniture, light fixtures, ceiling fans, suitcases, radio, television—were outdated and existed alongside “modern” elements such as a newly made aluminum partition or a dressing table of laminate and frosted glass. A cabinet of painted steel crammed with books; a wooden cabinet displaying tchotchkes, photo frames, and stacks of CDs; and in the kitchen cupboard, utensils of stainless steel, melamine ware, and aging product packaging “were all given equal status and neatly arranged.” Karmakar also said in an email to me that he wanted to paint this overabundance of objects, which he felt spoke to “a certain existential emptiness, a sense of loss, and the feeling that we are migrants even when we move from one state within India, to another.” 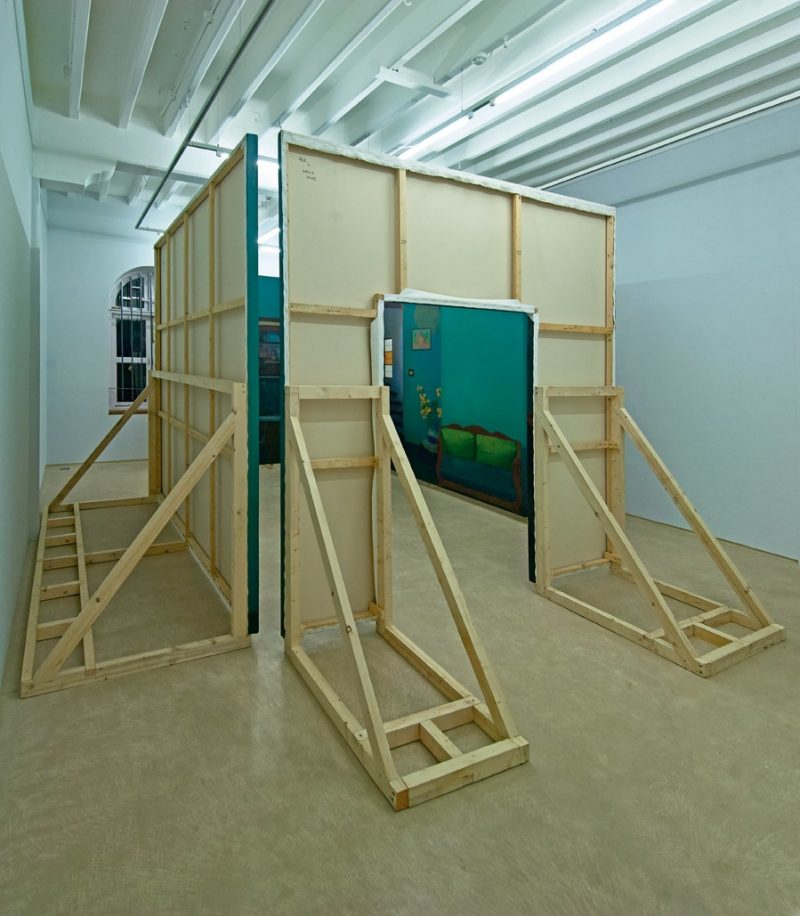 The idea behind the project was to virtually uproot the house in Bhuj and situate it in the gallery. All the elements in the site-specific works came from the house (almost like an ethnographic record) but were rearranged to meet compositional requirements. In the paintings, Karmakar also changed the proportions of the objects and the colors on the walls to accommodate the spatial and physical conditions of the site. The works became an extension of the artist’s voyeuristic engagement with private and intimate spaces.

Karmakar’s current exhibition at Galerie Mirchandani + Steinruecke in Mumbai, titled Displacement, features five paintings from the Kochi-Muziris Biennale, which have been transformed into sculptural installations, along with three new site-specific works. In the first room are four paintings originally made for the “living room” of Kashi Art Gallery. At Galerie Mirchandani + Steinruecke, the works, created as floor-to-ceiling trompe-l’œil paintings for the previous space, are made to stand freely on the gallery floor with the aid of supports—alluding to theatrical scenery.

The attention to detail in Karmakar’s paintings is extreme. His use of vivid, well-lit colors and reflections enables the hyperrealistic interiors in his works to achieve an optical fidelity free from painterly flatness. This allows Karmakar to manipulate their photographic realism to deceive the eye. 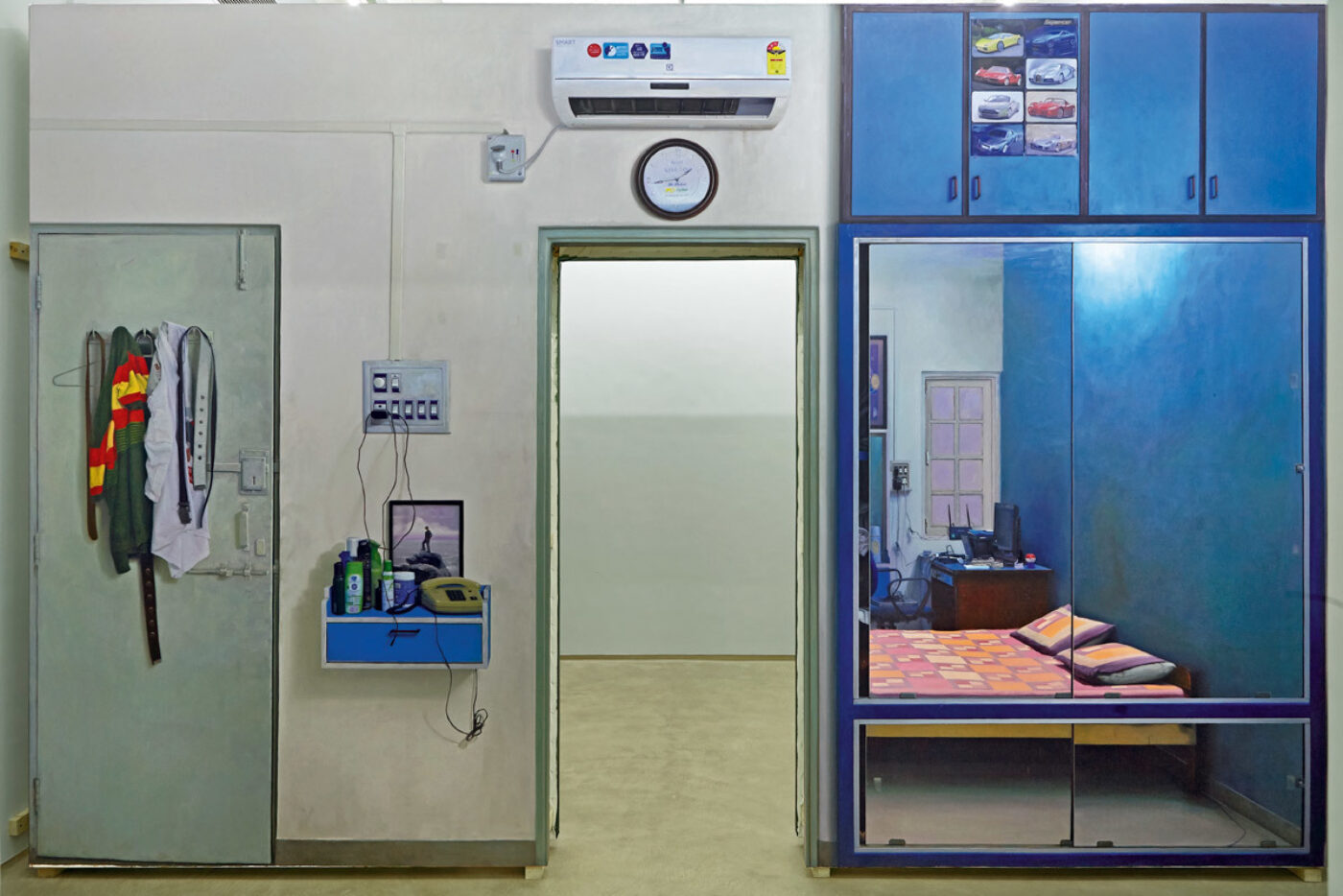 Two new site-specific works, placed back-to-back, divide the second room. Moving through the gallery space is only possible via a door-sized opening in the two paintings. The exhibition’s curator, Birgid Uccia, links this to Lucio Fontana’s “Spatial Concept,” which involved slicing the canvas to extend its dimensionality. Both of these works by Karmakar playfully feature additional painted-on doorways. One shows a shut door to reveal an assortment of belts and t-shirts hanging behind it, while the other asks the viewer to choose between the actual opening and the perfect illusions of doorways leading into a kitchen and another room.

In the third room, the largest painting—measuring twenty feet—from the biennale has been stretched on a parabolic structure to fit within eighteen feet, the size of the longest wall of the gallery. While the convex structure does not completely break the illusion of realness, the bulging wall effect distorts the objects and makes them appear freakishly large—further amplifying a voyeuristic experience of being inside someone’s “bedroom” when they are away and the discomfort associated with it.

To develop an idea, Karmakar documents and collects images extensively, which then serve as references for his paintings. In his studio, he studies the contents of his “image bank” by distancing them from their original context and exploring their formal possibilities. The final painting is a result of experimentation with different compositions involving these images. 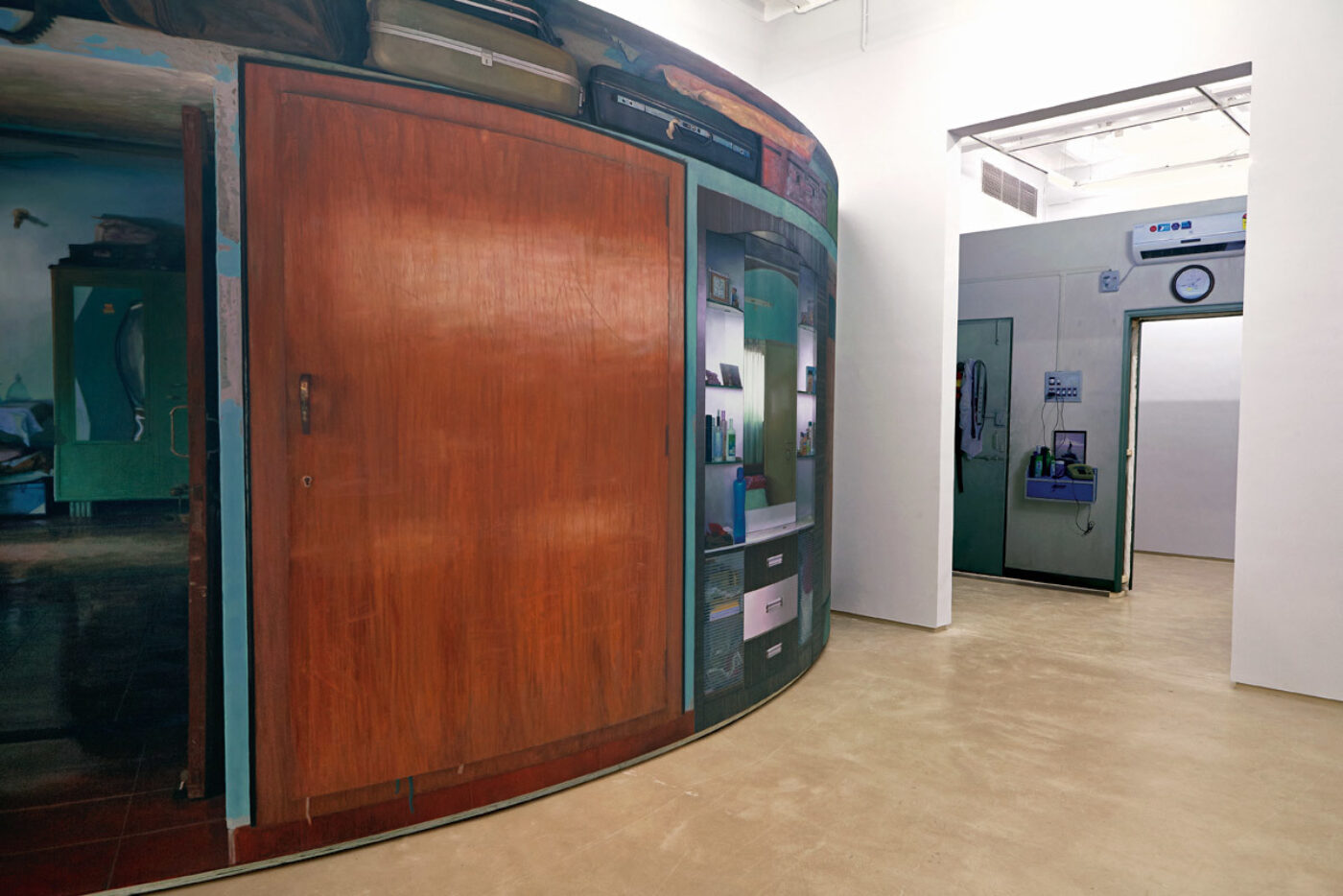 In the final room at Galerie Mirchandani + Steinruecke, a new site-specific work features a floor-to-ceiling painting and incorporates physical elements of the gallery space to extend itself. A skirting tile element has been painted onto a column that disturbs the painting, while an adjoining door leading to the gallery’s pantry is also painted. With this last work, which sees the viewer facing a set of stairs leading up and another one (just out of sight) going down, Karmakar seems to suggest that the house tour has not yet concluded.

Displacement is on view at Galerie Mirchandani + Steinruecke in Mumbai until February 28.

Roshan Kumar Mogali is a journalist, writer, and editor from Pune, India. 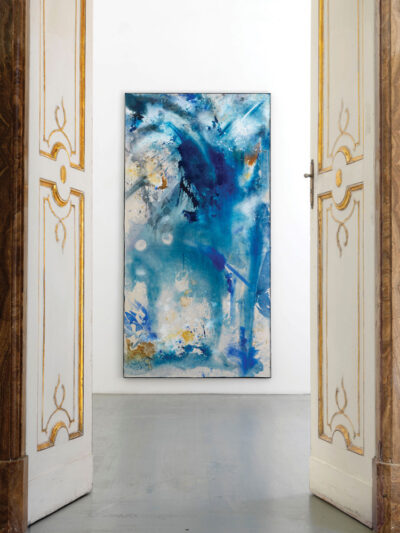 Anointing her canvases with minerals, plants, smoke, and even animal urine, Dodd casts her installations as sites of ritual.