A Brief History of Feeling by Jacquelyn Ross 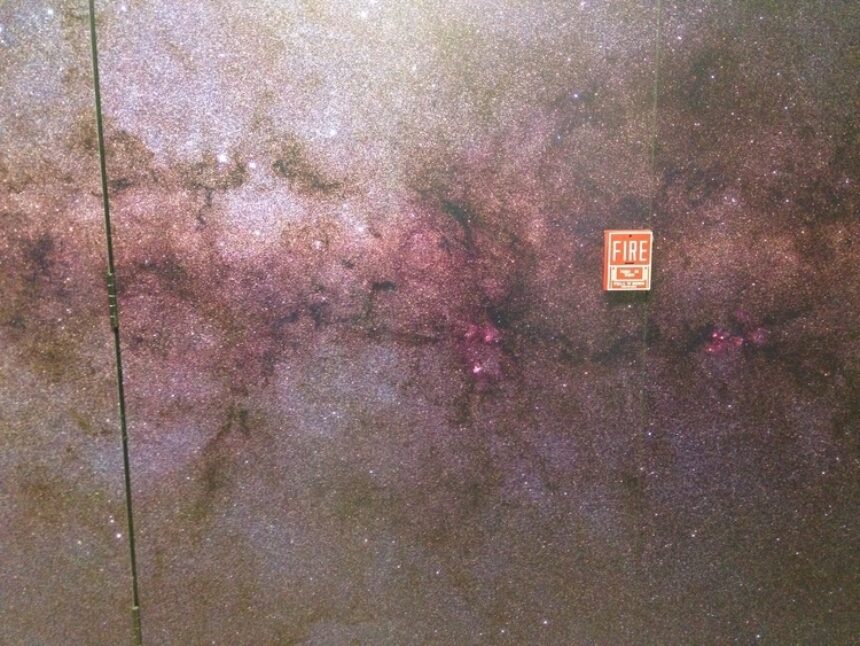 Rachel Sussman, from the series The Poetics of Space. Courtesy of the artist.

4.6 billion years ago—a depressive speck of dust eats everything in the refrigerator until it is planet-sized and still wanting more. It wants and wants and vibrates around the universe, eating up everything that it can, except for those few things that are not filling enough to be worthwhile—those empty shards, those hollow briefcases, those other moons and almost-moons and stars.

3.7 billion years ago—a bolt of lightning strikes a rock and cracks it clean open, like an axe into a durian, like a tender karate chop into a walnut. Inside, there is something stringy and green that needs to be pried from its shell in order to be properly examined. Luckily, this activity of trying to get at the thing inside makes for challenging and deeply satisfying work. Luckily, it goes on for eternity.

Two billion years ago—two organisms kiss, and need no oxygen, none at all.

400 million years ago—what is jubilation but the possibility of loving everything and at the same time?

250 million years ago—a thousand baby ferns poke out of the dirt all at the same time and battle for access to sunlight and the right to grow. They are told they are all equal and exactly the same and that no one has an unfair advantage over the other, but it is obvious that some of them have extra long arms, while others have louder personalities, or more loving parents.

120 million years ago—the very first and most beautiful flower in the world lies wilting at one hundred thousand metres above sea level, having been plucked by an invisible force and thrown into the snow. The feeling: futility, and the first expression of waste.

50 million years ago—a hundred earthworms work around the clock without pay to manufacture a popular tourist beach. They work collaboratively with the clams and the tide. They work optimistically with heavy stones. They work energetically even when the task seems too great. Because if the depressive speck can eat everything in the refrigerator, and the bolt of lightning can dissect whatever’s stringy and green, then surely some earthworms can make it through a hillside, after which point they are promised a commission.

14 million years ago—a barnacle kisses a donkey and takes her from behind.

4.59 million years ago—two organisms, still kissing, stumble in their reverie upon a stranger smoking out in the cold. The stranger wears a fleece coat and leans drunkenly into the wind; the stranger is the first stranger they’ve ever seen. They approach him with trepidation and small offerings of pine cones. They offer him coffee, even though their home is very small.

3 million and one years ago—a woman holds her newborn in the dark, and feels enormous love for the thing she herself made, but cannot, at that moment, see.

200,000 years ago—a man picks up a rock and throws it through the window of the world.

10,000 years ago—the last ice is just about to melt, and a mother calls her daughter calls her uncle calls her cousin, and everyone gathers around a metal bowl. They fill it with warm water, and close their eyes. One of them sings into it; another does a little exorcism dance; another sends wreaths of daisies floating. Afterwards, they open their eyes to find the bowl gloriously empty. There is applause. They are sent off into their respective corners to contemplate the miracle, while the mother flushes the toilet.

6,309 years ago—a boy refuses, like the donkey, to be made go. He’s going through a period of intense individualization, the people say, in hushed voices, of the boy who no longer speaks and only looks forlornly across the sand. He’s going through a period of necessary rebellion. The boy strokes the hair of the donkey, the only one who understands him, and questions the moon and the almost-moon and the stars. The people assemble a giant clock on the hillside, and wait for the cloud to pass.

5,000 years ago—the familiar dark rubs itself against the peak of a pyramid, edging towards that old friend, ecstasy. In the final seconds before orgasm, the dark pauses expertly to play out the pyramid’s anticipation, but feels a painful rejection when the pyramid remains silent.

2,500 years ago—a civilization pines over poetry and fine pottery, and this is the expression of the original lust. Need society always be so vain? We trample rainforests, dig up water from impossible places, collect rooms of gold. We trade old poems for shinier, more class-confirming ones. We trade perfectly good pots for other ones that illustrate a greater mastery of fire.

2,000 and some years ago—I’m told the heavens crack open and an impossible grace runs all over the plate. It’s messy and ideological, gets all over stuff. It makes the masses both more tender and more violent. It attempts to qualify the end.

1,200 years ago—a princess in a castle, surrounded by servants and rooms, agrees to throw a party to meet her eligible bachelors. A great many invitations, all printed in gold ink, are sent out across the land; troubadours are booked; cornucopias stuffed with figs and ham. When the day finally arrives, however, the princess is in a mood. She refuses to bathe. She orders platters of grapes to her room. She glares with vengeance at the sea—and this mood is a thing she cannot, or else, refuses to, explain.

800 years ago—the newborn, once so loved by its mother, is now a man. One day the loved man is conscripted to go to war, and the whole way there he thinks, What a senseless thing, how horrific, that I should go and take another man’s head, and that if I don’t, that that man’ll have mine! He goes, but keeps his eyes closed the entire time. He takes blind jabs at enemies, holding the sword in his left hand. He walks backwards towards the firing line. He refuses to partake in a violence that is anything less than random, because randomness is the only thing keeping him from cruelty.

470 years ago—the stranger is outside the house again, this time cursing wildly about the coming end. We do not invite him in. Instead, we call him a heretic, a lunatic, a fruitcake. We close the blinds. We turn on the TV. He makes a grand mess of the lawn with his pacing, all his mindless chatter about worlds and spheres.

250 years ago—a great sadness presses itself against the belly of the city. It burps black smoke and sneezes fog that makes it difficult to see your neighbors. The woman goes to work before sunrise, and returns at three; her husband goes to work at three, and returns just after sunrise. Rabid dogs all over the street, mixed in with the good ones. The bread there goes stale within the hour.

50 years ago—the good people assemble, en masse, by the pond. They raise words on sticks and stomp their feet. They call out those in high towers of power. Everybody makes love and defends their right to make it. A man kisses a man and takes him from behind.

35 years ago—in a bathroom stall, the sudden impossibility of owning anything, music so loud you no longer recognize your body, no longer know the right way to be aroused. Years and minutes spent in the stench of perspiration, in the violation that moves glitter around on your cheeks, glitter whose only purpose is to render sadly illuminated, those tough balls of want, your psychic disintegration—touch, like a burrowing tapeworm; toilet, like an open clam.

10 years ago—I walk into the room and feel at once too young and too old. I take a seat at the bar and grunt like an old man, swing my legs from the stool like a young one. Someone behind me calls me Baby, and I think, either I really am somebody’s infant again or else I must be somebody’s prostitute, an old dog available to anyone looking for company. I’m so jaded I don’t know anymore which one I am, or which version of myself I prefer to be.

A year ago—imagine, the angle of the light, just right. You have enough money. Your heart is bursting. You throw all your old work into the dumpster and start anew beside a bowl of ripe mango, because suddenly you have too many good ideas. You run into the yard and mow the lawn. You mow your neighbour’s lawn, too, because you are kind. You write letters to your friends proposing epic adventures. You pick all the clothes up off the floor.

Last week—we’re told, we narrowly avoid death. Being blown up on the subway. Or drowning in the Mediterranean Sea. We have no rights. We are not safe. We have no bodies, and no intellectual or emotional future. We collect empty cans from the ditch on the side of the road. We are con artists and poultry workers and gamblers and undertakers. Truth is a word we’ve heard used, but don’t use. Scarcity is a word we use.

Yesterday—I watch as a long-legged spider wobbles into a styrofoam cup, and stays there a while, before wobbling away. I crush it with a magazine on its way to the window, and scrape its thin body off into the trash can.

Jacquelyn Ross is a writer based in Toronto, Canada. Her essays, art criticism, fiction and poetry have appeared in BOMB, Mousse, C Magazine, artforum.com and elsewhere, and her recent chapbooks include Mayonnaise (2016) and Drawings on Yellow Paper (2016). She publishes books by emerging artists and writers under the small press Blank Cheque, and is currently at work on a collection of stories while pursuing her MFA in Creative Writing from the University of Guelph. 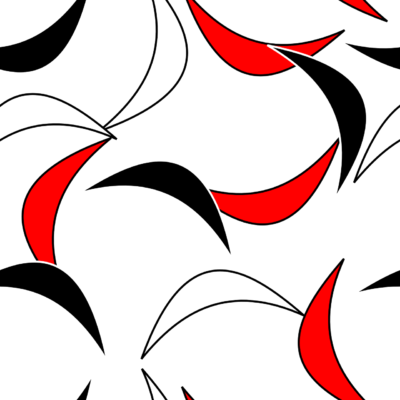 This piece consists entirely of first sentences from 268 short stories published in The New Yorker over the past 20 years, from 1997 to 2017.