The Lowdown On Lowboy by David Varno

John Wray’s novel Lowboy has been out for a few weeks now, and the media attention has been universally enthusiastic. 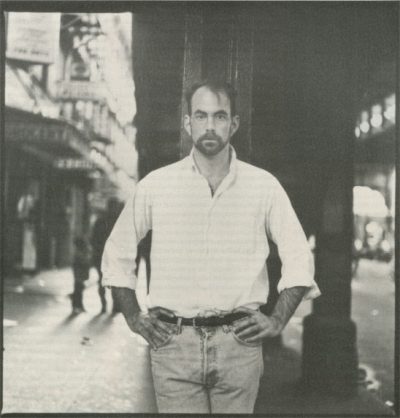 John Wray’s novel Lowboy has been out for a few weeks now, and the media attention has been universally enthusiastic. Enthusiastic and hopeful; hopeful that Wray will finally have a hit (his last two novels were critically acclaimed but didn’t sell), and also that an underdog book will find enough readers to jolt a greater sense of life into the flailing publishing industry. On top of (or perhaps in service to) all that, the reviews have been gushing. One of the trades even compared the 37-year-old American author to Dostoyevsky. “Dostoyevsky!” echoed Daily Beast blogger Taylor Antrium bemusedly in the week of the book’s release, intending to put the hoopla in check. Amidst his own praise of the book, Antrium suggested that the book may be too dark for real success, but said he hopes to be proven wrong.

So far, the buzz seems to have worked. Every once in a while, a novel written from the perspective of mentally disturbed teenagers will become widely read, and Lowboy‘s Amazon sales rank is pretty good for a novel about a schizophrenic teen loose in the New York City subway system. Unafraid to throw himself out there for publicity stunts in service of his books (for a historical novel set in the south, Wray did a book tour on a raft down the Mississippi), a reading was staged on the 8th Avenue L train platform, and gatherers were led by the tall, megaphone-wielding author to the book reception in Williamsburg like followers of the Pied Piper. I missed these events, opting to wait for the YouTubes. I wanted to read the book first. Now, with full critical attention and steady sales, I’m left wondering if there’s a reason for another piece on Lowboy. I read the book this past week because I had a greater question: Is the book doing well because of the buzz, or because it really is good?

Well, it’s not bad. Wray is a very talented writer, and able to show us the world (and let us hear the language) of a mentally disturbed character just about as well as his friendJonathan Lethem did in the now-classic Motherless Brooklyn. And even after readingRichard Price’s über-authentic-seeming Lush Life, I found most of the material with the missing persons cop, Detective Ali Lateef, pretty believable. The book really comes to life around page 63, which doesn’t take long to get to. Here, in a scene with a 40-something woman who evidently lives in the subway and carries a passport issued to a ten-year-old white girl, we get a clear sense of what makes the boy, Will Heller (who calls himself Lowboy because he likes to be underground), tick.

A problem emerges, however, in the shifting points-of-view. Lateef and the boy’s mother are well-drawn at the beginning, and later in the book they each go through transformations, but at points in the middle their dialogue is stiff, more in service of the plot, and we lose them. Will has such a strong voice that at 250 pages, the book doesn’t seem to have room for more than one point of view. I see why it’s attempted: the author wants his readers to care not just about his disturbed protagonist, but to get a sense of where he came from and who else might care for him, and also to be aware of the danger his violent tendency poses to society. Unfortunately, we just don’t get enough of the mother.

Some of the best scenes, aside from the ones with Lowboy traveling alone on the subway’s endless tunnel (Wray allegedly wrote the novel’s first draft while riding the rails of the MTA), are with his girlfriend Emily. Her infatuation with Will and his complicated feelings about girls and sexuality culminate in a violent incident that land Will in a lock-down mental health treatment facility. He finds her after he breaks out, and it turns out she’s still in love with him. The book’s most tender moment occurs in the midst of taut dramatic tension, in which he might snap at any time but instead rests in her arms, as she asks what it was they did to him in the mental facility.

I’m sure this book will have an audience—it’s set in New York City, it’s suspenseful, it’s hip (even the cover art is by New Yorker favorite Adrian Tomine), it’s dark—but I’m a little disappointed that it’s not better. Despite the foreshadowing throughout the book of a dark ending (beginning in the first chapter with the revelation that Lowboy will never make it home to his mother’s house), it felt too sudden. The intent, I think, was that with revealing a missing puzzle piece, the end would solve a mystery that resonates with the reader amidst the unthreading of a sped-up flashback spool, like a suspense film’s surprise ending. And that almost happens, but because we lose track of the mother and the cop, and even Lowboy almost, who’s sunk into a greater degree of schizophrenic paranoia (or has he cured himself, and is merely fighting the ties that bind?), it’s difficult to grasp what it all means.

Wray has been pretty straightforward in interviews about his motivation to do a book that will sell better and reach his age group along with younger people, but somewhere in the process it’s been made difficult to determine whether or not it’s true literary art.