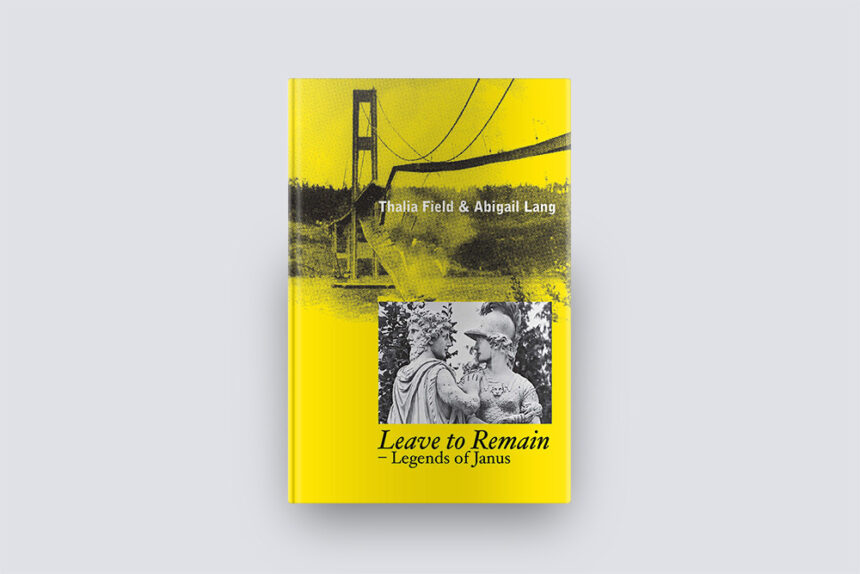 Leave to Remain, the second collaboration between Thalia Field and Abigail Lang, is as blazingly smart as it is absurd. The primary action of the narrative occurs in a Parisian Chinese restaurant at a time between two world wars. The first-person plural speaker is two-faced Janus. Yet another twinning is that of language and image; the book collages photographs, illustrations, and charts with the written text. Images of bridges, coins, and various passages appear and reappear, braiding metaphor and language into a thesis on duality. Janus, it should be noted, is the God of such passages; his character embodies the bridge space. And of course, the duality at the heart of Leave to Remain is the two authors, who, like Janus, share two faces and a mind that begins as two but comes to function as one, without a membrane of separation. As writers who often collaborate—and who are co-writing this review, co-typing in one Google document—we are intimate with the exhilaration, constraints, and necessary surrender inextricable from the collaborative literary process. Leave to Remain describes the space in which two authors meet to create something that is concurrently by both and neither of them:

Right down the middle in fact is an area of an almost
pleasurable sensation, the likes of  which can only be com-
pared to sleeping on board a ship, or hanging
backward off a swing, tempered by a gravity
that grabs but can’t root the body.

The thrill of reading this book comes from witnessing the fire lit by these two minds; one alienating aspect of the experience is that at times you may feel left out in the cold. Inherent in the collaborative process is the stage of translation: the near-psychic mind meld produces material that can’t immediately be understood by a third party. We sometimes had the sensation, while reading this novel, of lacking the code to Field and Lang’s shared vernacular. 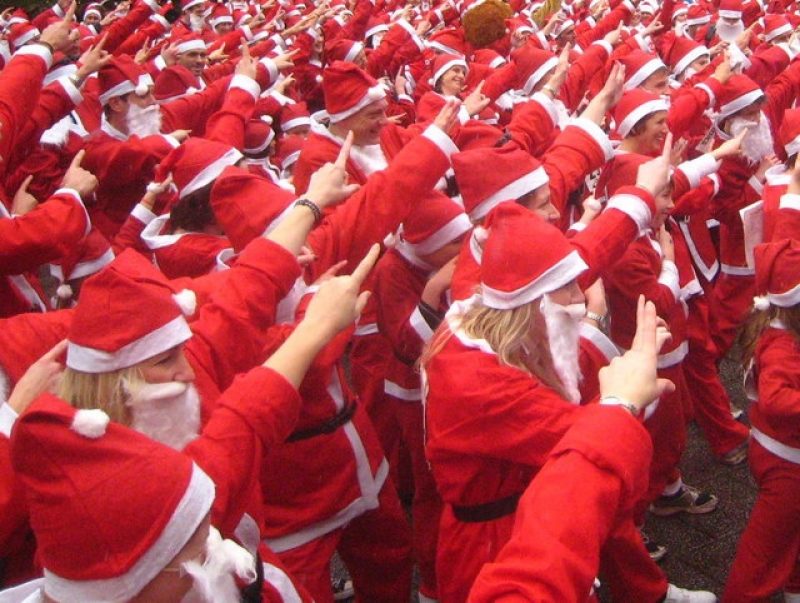 However, the accretion of dualities is virtuosic: Janus becomes Judas, and the former’s two faces morph into the latter’s two-facedness. The phonetic echo stands for the thing and its metaphor. In the second chapter, “A Bridge to Turn Around!”, B, a monarch who has built a very strange bridge, is flanked by his son, a two-faced traitor. In the fifth chapter, “Monster Between the Coldest Us,” the word Santa replaces the struck-through names of groups formerly considered dangerous—such as “communists” and “homosexuals.” Later in that chapter, the authors approach the DC Comics character Two-Face and his interactions with—and embodiment of—everything dual, from twins to imposters to a two-timer named Paul Janus. The references to twins and doubles build, each atop the last. The effect is itself two-sided. We were dazzled by the sheer accumulation of images and observations. But we felt a little wobbly—like we were standing on just the scaffolding outside a building otherwise closed off to visitors.

A suggestion slinks into the book toward its conclusion: the dual can become a twain, like a pair of space probes: “Now as then, Voyagers 1 and 2, we split Janus-wise, and dance the edge of our heliosphere…” This, too, is the conclusion of the collaborative process, when the two artists dance away from each other after their duet.

Shelly Oria is the author of New York 1, Tel Aviv 0, co-author of the digital novella CLEAN, and editor of Indelible in the Hippocampus: Writings from the Me Too Movement (McSweeney’s, 2019). She lives in Brooklyn, where she has a private practice as a life and creativity coach.

Nelly Reifler is the author of See Through and Elect H. Mouse State Judge (Farrar, Straus and Giroux, 2013). Her work first appeared in BOMB in 2000, and she has since been published in McSweeney’s, jubilat, and Story, among others. She lives in New York City and teaches at Sarah Lawrence College.