I’m wearing a used fake
Fur coat like a cartoon
Ermine. I’ve belted
It with genuine
Snakeskin—
Blond. I’ve eaten
Three eggs
With a fork, three
Strips of grassfed
Beef with my fingers.
A cookie with my fingers.
Didn’t pay for any of it.
Couldn’t. Didn’t
Clean the pan.
Still hungry.
Not hungry at all.
Can’t tell.
Had a little talk
With my lover.
Couldn’t be avoided.
A few fat tears rolled
Off me. I kind of don’t
Want to come
I said, or
I can’t, I need
To but I can’t
Come right.
Don’t want to.
Also I can
Tell you’ve lost
Confidence when you
Touch me, I said. Kind
Of not in my body
Right now, beside
Myself, maybe
Cause of finishing
This book and I’m
Haunted and sand
And infinity spread
Into my dreams
Emptiness throbbing
In me like an incarceration
Some trouble
I’ve seen
Desertification
Sand for the devil
I don’t know.
Incarceration should
Never ever be used
As a metaphor.
But then tell
Me what’s fucking
Caged inside here. Last
Night’s dream is still
Going. Seeing
God hasn’t saved me.
Wraiths of snow
Slavered over
The white highway.
We drove through gales
Blasting La Traviata
Wasting our brains dividing
The truth from kitsch
In the Lily Dale Bargain
Store, in the good
Bar just off Seneca land.
It was a whole day’s labor
Reading where Geronimo’s
Skull ended up and the lawsuit
That failed to move it.
Guess who owns the world.
I put away an hour
Reminding institutions to pay me
My income hasn’t been
Regular enough for that
Kind of friendship this year. All
The people I miss
While I’m wound
Up in this. Opened
A fresh can for the cat.
Now I’m a person
Who does that. Woke up
Still dreaming of like three
People’s Facebook feeds.
The world keeps forcing
Its way in. “The world”
Which fucking one.
You know the one.
And I was one
Of the lucky ones.

Books by Ariana Reines include Mercury, Coeur de Lion, and The Cow. Her Obie-winning play, Telephone, was produced in 2009 by the Foundry Theatre and will premiere in Norway in August 2017. Projects and performances include Pubic Space, with Oscar Tuazon, at Modern Art, London (2016) and Mortal Kombat, with Jim Fletcher, at the Whitney Museum of American Art (2014). Reines has translated, among other works, Tiqqun’s Preliminary Materials for a Theory of the Young-Girl (Semiotext(e), 2012).

Why We Should Read Poetry by Sarah Neilson 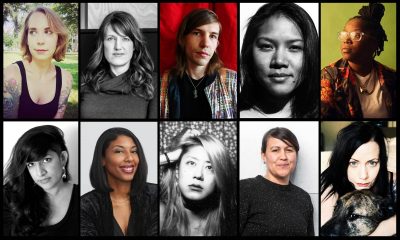 Ten poets offer recommendations on where to start and the poems that inspire them most.